Tim McGraw, 52, talks about the inspiration behind his body transformation and six-pack abs: ‘I want to see my kids grow up’

By Kevin Kayhart For Dailymail.com

Turns out it all started with his family, and wanting to move past his debilitating sense of complacency and live a healthier life style.

‘Here’s the truth of it – I was not taking care of myself. I was leaning on the success that I’ve had,’ he confessed in an interview with ET.

‘My family is counting on me.’ 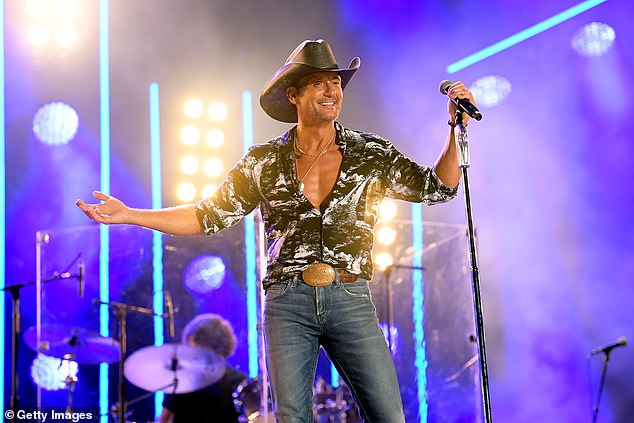 The nudge: Country crooner Tim McGraw, 52, revealed that his family was the main inspiration for transforming his body after he turned 40: ‘My family is counting on me’

He also acknowledged the significance that his colleagues, who have helped him reach the pinnacle of success, had on his decision to change his way of living some 10 years ago.

‘All the people who work really hard for me and count on me to show up – I wasn’t doing that,’ McGraw admitted.

‘And I thought that if I want to have a long career and I want to be in this position for a long time, it’s easy to bail out now. And I don’t want to bail out.’ 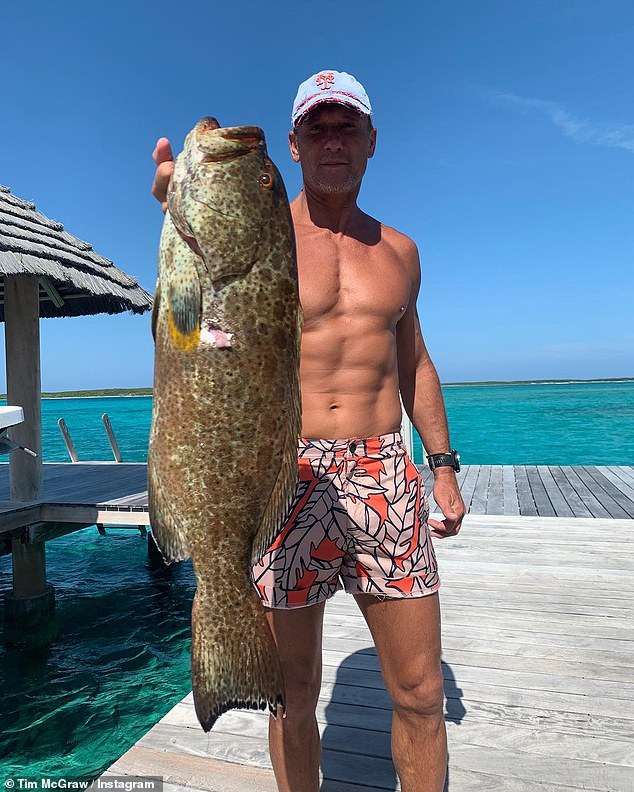 Motivation factor: ‘I want to see my kids grow up, I want to be able to spend time with my grandkids, the singer confessed to ET; the Louisiana native put his ripped body on display during a fishing trip in May with his friends in the Bahamas, where he owns an island

McGraw has put his ripped body on full display on occasion.

In late May, he flashed his abs and his big catch during a fishing trip with his friends in the Bahamas, where he owns an island.

In all, the I Need You crooner lost 40lbs beginning just after he turned 40.

‘My lifestyle wasn’t as good: up until 3 o’clock in the morning, having that extra beer with the band, eating cheeseburgers late, and not hitting the gym in the morning,’ he confessed in January. 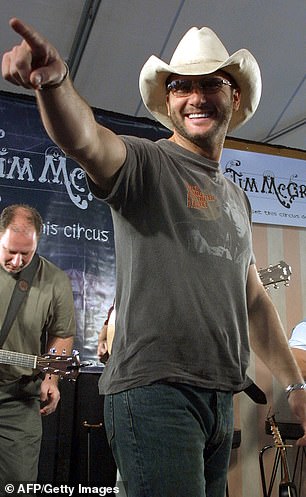 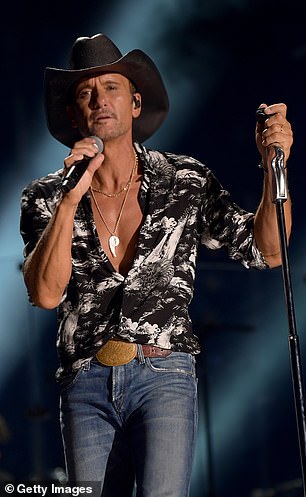 The payoff: The country icon lost about 40lbs after he began to live healthier

The final tipping point to making a change came when he saw himself in the trailer for his 2008 film Four Christmases with his family.

Even his older daughter took note and said he needed ‘to do something.’

He hit the gym the very next day he was in the gym, and hasn’t looked back since then. 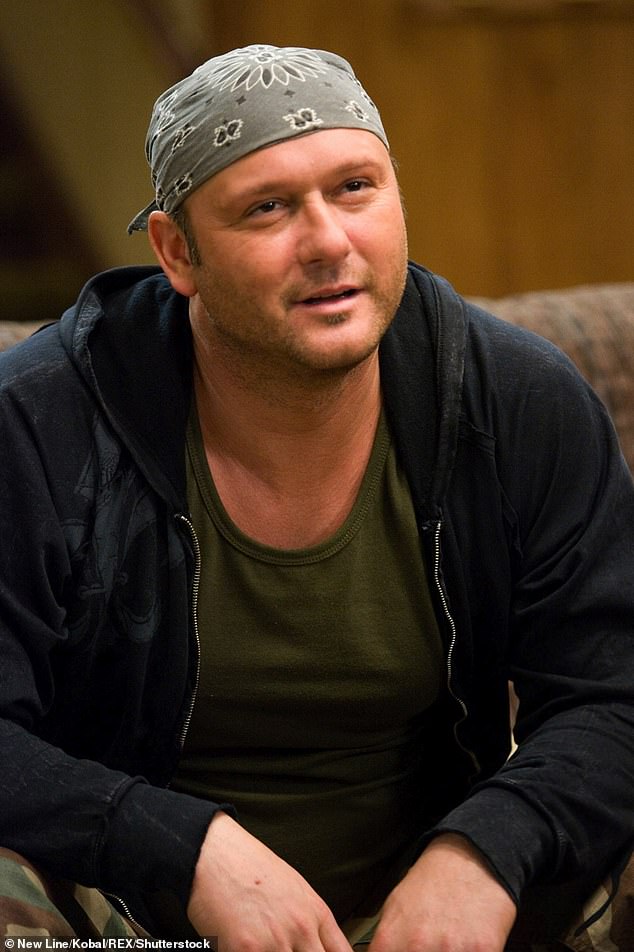 Hard living: The final tipping point to making a lifestyle change came when he saw himself in the trailer for his 2008 film Four Christmases with his family