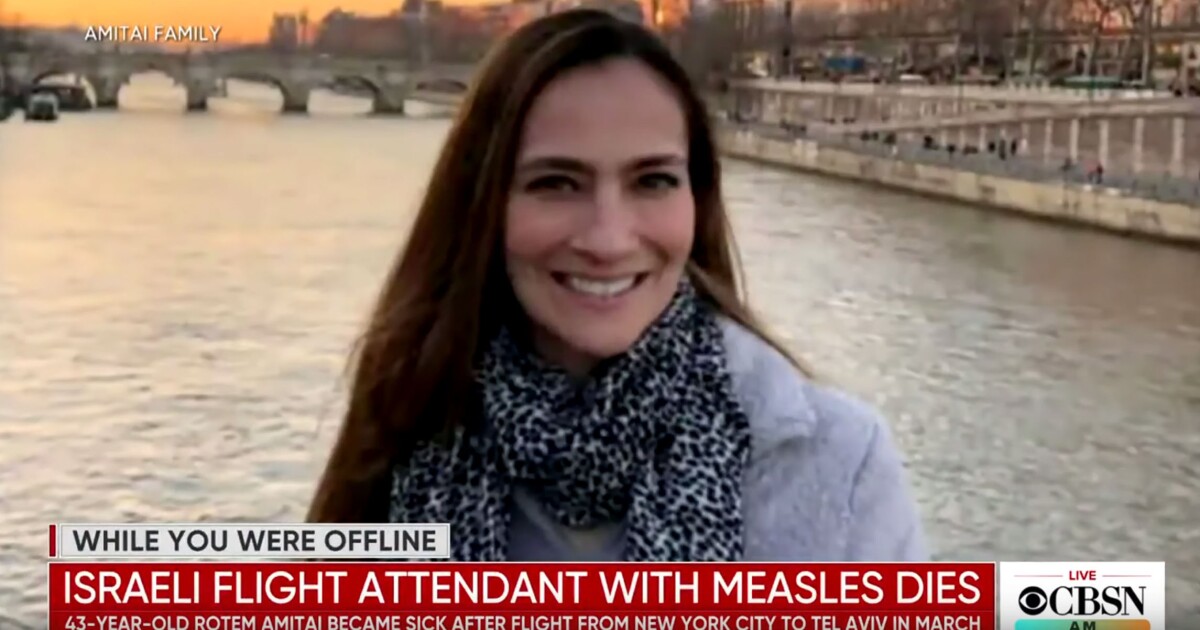 Amitai was on El Al flight 002 from John F. Kennedy Airport in New York to Tel Aviv, Israel on March 26 and developed a fever five days after. She was then hospitalized in Israel when her brain began to swell, a complication that can lead to convulsions, and she fell into a coma just one week later. She remained comatose until her death.

When Amitai became comatose in April, Israeli health officials told the Washington Post that they could not pinpoint exactly when or from whom she contracted the virus because of her “impaired mental status.” Still, both Israeli and American news outlets say she caught measles from another person on the flight.

On April 3, just days after Amitai was admitted to the hospital, the Israeli Ministry of Health issued a warning to passengers and crew members that there was a measles patient on the flight. The statement said that anyone who was on the flight who developed a fever should see a doctor immediately.

Health officials in Israel have not said who else on that flight, if anyone, also contracted measles.

Amitai was reportedly healthy before contracting the virus. Eyal Basson, a spokesman for Israel’s Health Ministry, confirmed with Amitai’s mother that Amitai had received the vaccine when she was a child in the 1970s, when only one dose was required. Now, the Israeli government requires children receive two separate doses.