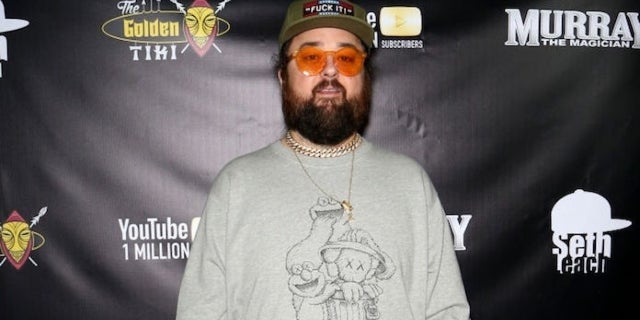 Pawns Stars fan-favorite Chumlee was confused after a beach photo he shared to Instagram was removed from the social media platform. In the photo, which The Blast has since published since it was removed with no explanation from Instagram, the 36-year-old reality star sits in a sultry pose for the camera.

“I thought I would start my modeling career off with this photo,” Chumlee told The Blast, adding that it mysteriously disappeared from his feed after he posted it. He said he was given no explanation for the removal of the photo, which was taken during a recent trip to Hawaii with his fiancée, Olivia Rademann.

Chumlee, whose real name is Austin Lee Russell, was showing off his weight loss progress after recently losing more than 100 pounds since undergoing a gastric sleeve surgery in 2018. Before the procedure, he reportedly weighed 342 pounds. He lost 38 pounds during a pre-operation diet and has since been shedding the weight.

“I’m working with a trainer, and would like to get rid of about 10-20 pounds of fat and build more muscle,” he said in August. “I want to be in good shape, not just lose weight.”

In March, he and Rademann threw a pre-wedding celebration in Las Vegas that included a little pre-wedding cake cutting and even a magician. Chumlee’s Pawn Stars co-stars Rick Harrison and Corey Harrison attended, as did BMX star T.J. Lavin and rapper Mikey P.

“It’s beautiful. I already feel like I’m married,” Chumlee told the Las Vegas Review-Journal following the party. “We were friends for a year or two before we were ever a couple, and got together right around the beginning of 2016.”

Chumlee and Rademann became engaged in May of last year after he popped the question at the Royal Hawaiian Waikiki, giving his soon-to-be wife a one-and-a-half- karat diamond ring. The couple celebrated their engagement in August with family at the Andiamo Italian Steakhouse in downtown Las Vegas.

Hold on! Have you subscribed to GroupChat, PopCulture.com’s official reality tv podcast yet? Check it out by clicking here or listen below.

Listen as the the GroupChat crew kicks off Episode 1 talking about ‘Dancing With the Stars’ full cast being announced for Season 28, ‘Bachelor in Paradise’, Todd Chrisley legal and family drama and Bethenny Frankel leaving the ‘Real Housewives of New York’! Don’t miss an episode and join in on the conversation with #GroupChat. Make sure to subscribe now so you don’t ever miss an episode!