Public health officials for years have urged Americans to limit consumption of red meat and processed meats because of concerns that these foods are linked to heart disease, cancer and other ills.

But on Monday, in a remarkable turnabout, an international collaboration of researchers produced a series of analyses concluding that the advice, a bedrock of almost all dietary guidelines, is not backed by good scientific evidence.

If there are health benefits from eating less beef and pork, they are small, the researchers concluded. Indeed, the advantages are so faint that they can be discerned only when looking at large populations, the scientists said, and are not sufficient to tell individuals to change their meat-eating habits.

“The certainty of evidence for these risk reductions was low to very low,” said Bradley Johnston, an epidemiologist at Dalhousie University in Canada and leader of the group publishing the new research in the Annals of Internal Medicine.

The new analyses are among the largest such evaluations ever attempted and may influence future dietary recommendations. In many ways, they raise uncomfortable questions about dietary advice and nutritional research, and what sort of standards these studies should be held to.

Already they have been met with fierce criticism by public health researchers. The American Heart Association, the American Cancer Society, the Harvard T.H. Chan School of Public Health and other groups have savaged the findings and the journal that published them.

Some called for the journal’s editors to delay publication altogether. In a statement, scientists at Harvard warned that the conclusions “harm the credibility of nutrition science and erode public trust in scientific research.”

Physicians Committee for Responsible Medicine, a group advocating a plant-based diet, on Wednesday filed a petition against the journal with the Federal Trade Commission. Dr. Frank Sacks, past chair of the American Heart Association’s nutrition committee, called the research “fatally flawed.”

While the new findings are likely to please proponents of popular high-protein diets, they seem certain to add to public consternation over dietary advice that seems to change every few years. The conclusions represent another in a series of jarring dietary reversals involving salt, fats, carbohydrates and more.

The prospect of a renewed appetite for red meat also runs counter to two other important trends: a growing awareness of the environmental degradation caused by livestock production, and longstanding concern about the welfare of animals employed in industrial farming.

That Perplexing Red Meat Controversy: 5 Things to Know
It may be the most unexpected dietary finding to come along in years. 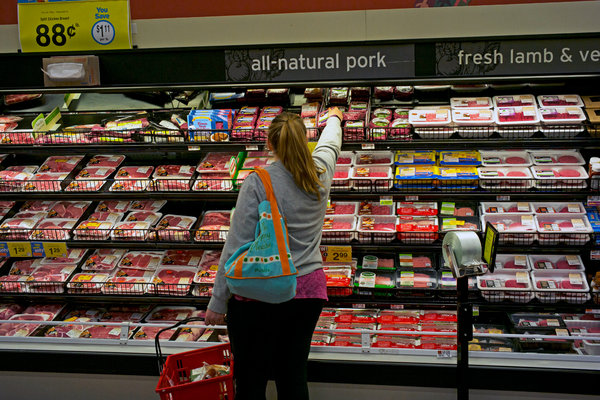 Beef in particular is not just another foodstuff: It was a treasured symbol of post-World War II prosperity, set firmly in the center of America’s dinner plate. But as concerns about its health effects have risen, consumption of beef has fallen steadily since the mid 1970s, largely replaced by poultry.

“Red meat used to be a symbol of high social class, but that’s changing,” said Dr. Frank Hu, chair of the nutrition department at the Harvard T.H. Chan School of Public Health in Boston. Today, the more highly educated Americans are, the less red meat they eat, he noted.

Still, the average American eats about 4 1/2 servings of red meat a week, according to the Centers for Disease Control and Prevention. Some 10 percent of the population eats at least two servings a day.

The new reports are based on three years of work by a group of 14 researchers in seven countries, along with three community representatives, directed by Dr. Johnston. The investigators reported no conflicts of interest and did the studies without outside funding.

In three reviews, the group looked at studies asking whether eating red meat or processed meats affected the risk of cardiovascular disease or cancer.

To assess deaths from any cause, the group reviewed 61 articles reporting on 55 populations, with more than 4 million participants. The researchers also looked at randomized trials linking red meat to cancer and heart disease (there are very few), as well as 73 articles that examined links between red meat and cancer incidence and mortality.

In each study, the scientists concluded that the links between eating red meat and disease and death were small, and the quality of the evidence was low to very low.

That is not to say that those links don’t exist. But they are mostly in studies that observe groups of people, a weak form of evidence. Even then, the health effects of red meat consumption are detectable only in the largest groups, the team concluded, and an individual cannot conclude that he or she will be better off not eating red meat.

A fourth study asked why people like red meat, and whether they were interested in eating less to improve their health. If Americans were highly motivated by even modest heath hazards, then it might be worth continuing to advise them to eat less red meat.

But the conclusion? The evidence even for this is weak, but the researchers found that “omnivores are attached to meat and are unwilling to change this behavior when faced with potentially undesirable health effects.”

“The guidelines are based on papers that presumably say there is evidence for what they say, and there isn’t,” said Dr. Dennis Bier, director of the Children’s Nutrition Research Center at Baylor College of Medicine in Houston and past editor of the American Journal of Clinical Nutrition.

David Allison, dean of the Indiana University School of Public Health—Bloomington, cited “a difference between a decision to act and making a scientific conclusion.”

It is one thing for an individual to believe eating less red meat and processed meat will improve health. But he said, “if you want to say the evidence shows that eating red meat or processed meats has these effects, that’s more objective,” adding “the evidence does not support it.”

Dr. Allison, who was not involved in the study, has received research funding from the National Cattlemen’s Beef Association, a lobbying group for meat producers.

The new studies were met with indignation by nutrition researchers who have long said that red meat and processed meats contribute to the risk of heart disease and cancer.

“Irresponsible and unethical,” said Dr. Hu, of Harvard, in a commentary published online with his colleagues. Studies of red meat as a health hazard may have been problematic, he said, but the consistency of the conclusions over years gives them credibility.

Nutrition studies, he added, should not be held to the same rigid standards as studies of experimental drugs.

“It is important to recognize that this group reviewed the evidence and found the same risk from red and processed meat as have other experts,” she said in a statement. “So they’re not saying meat is less risky; they’re saying the risk that everyone agrees on is acceptable for individuals.”

At the heart of the debate is a dispute over nutritional research itself, and whether it’s possible to ascertain the effects of just one component of the diet. The gold standard for medical evidence is the randomized clinical trial, in which one group of participants is assigned one drug or diet, and another is assigned a different intervention or a placebo. 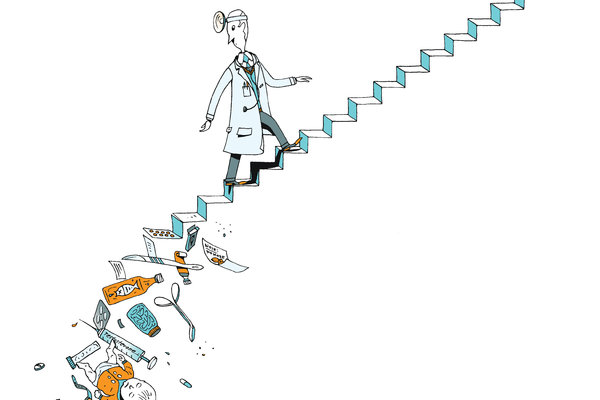 But asking people to stick to a diet assigned by a flip of a coin, and to stay with it long enough to know if it affects the risk for heart attack or cancer, is nearly impossible.

The alternative is an observational study: Investigators ask people what they eat and look for links to health. But it can be hard to know what people really are eating, and people who eat a lot of meat are different in many other ways from those who eat little or none.

“Do individuals who habitually consume burgers for lunch typically also consume fries and a Coke, rather than yogurt or a salad and a piece of fruit?” asked Alice Lichtenstein, a nutritionist at Tufts University. “I don’t think an evidence-based position can be taken unless we know and adjust for the replacement food.”

The findings are a time to reconsider how nutritional research is done in the country, some researchers said, and whether the results really help to inform an individual’s decisions.

“I would not run any more observational studies,” said Dr. John Ioannidis, a Stanford professor who studies health research and policy. “We have had enough of them. It is extremely unlikely that we are missing a large signal,” referring to a large effect of any particular dietary change on health.

Despite flaws in the evidence, health officials still must give advice and offer guidelines, said Dr. Meir Stampfer, also of the Harvard T.H. Chan School of Public Health. He believes that the data in favor of eating less meat, although imperfect, indicate there are likely to be health benefits.

One way to give advice would be to say “reduce your red meat intake,” Dr. Stampfer said. But then, “People would say, ‘Well, what does that mean?’”

Officials making recommendations feel they have to suggest a number of servings. Yet when they do, “that gives it an aura of having greater accuracy than exists,” he added.

Questions of personal health do not even begin to address the environmental degradation caused worldwide by intensive meat production. Meat and dairy are big contributors to climate change, with livestock production accounting for about 14.5 percent of the greenhouse gases that humans emit worldwide each year.

Beef in particular tends to have an outsized climate footprint, partly because of all the land needed to raise cattle and grow feed, and partly because cows belch up methane, a potent greenhouse gas.

Researchers have estimated that, on average, beef has about five times the climate impact of chicken or pork, per gram of protein. Plant-based foods tend to have an even smaller impact.

Perhaps there is no way to make policies that can be conveyed to the public and simultaneously communicate the breadth of scientific evidence concerning diet.

Or maybe, said Dr. Bier, policymakers should try something more straightforward: “When you don’t have the highest-quality evidence, the correct conclusion is ‘maybe.’”

Reporting was contributed by Brad Plumer in Washington.

More articles about red meat and diet.
What if We All Ate a Bit Less Meat? 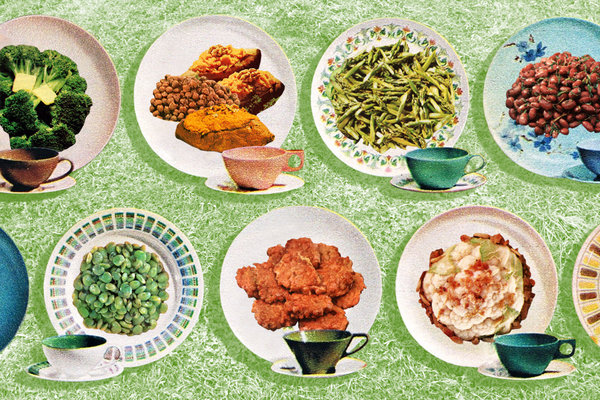 A Guide to Sustainable Eating 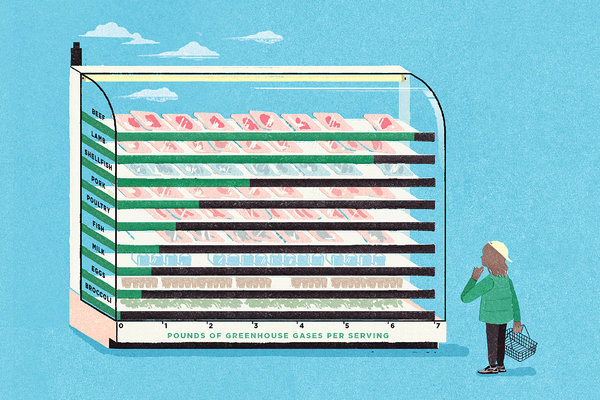 New Diet Guidelines to Benefit People and the Planet: More Greens for All, Less Meat for Some 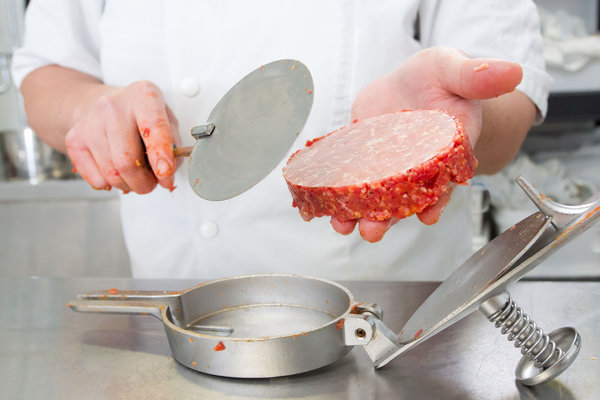 Know Your Risks, but Meat Still Isn’t the Enemy 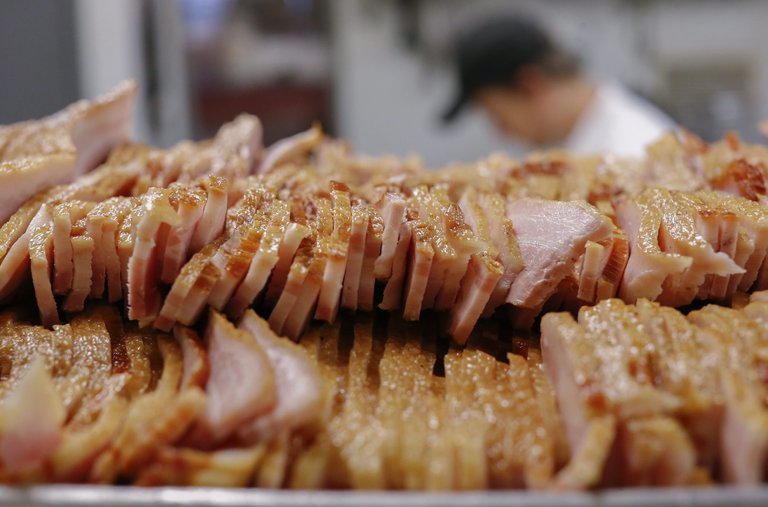 Red Meat Is Not the Enemy 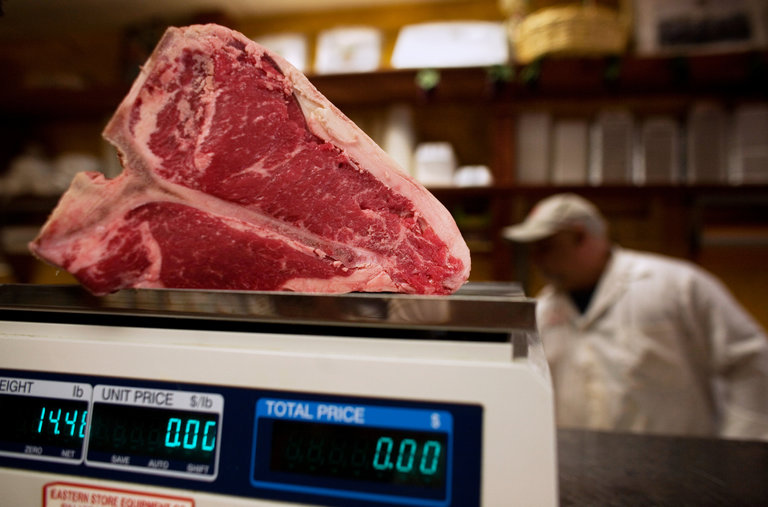