July 13, 2020
Trending
Home Health Tips Is my kid vaping? If so, what? And how do I help them quit? Here are tips for worried parents – USA TODAY

With at least a dozen recent deaths from vaping-related lung injury and confirmed cases nationwide topping 800, parents are right to be worried.

As use of electronic cigarettes by middle and high school students has skyrocketed, so has the number of parents unaware they have nicotine-addicted children.

Complicating matters, even parents who know vaping is occurring can find it near impossible to figure out what their children are inhaling into their lungs. That can be true even if they find the device.

Whether it’s nicotine, the psychoactive ingredient in marijuana, tetrahydrocannabinol (THC) oil or both, teens need to quit. That’s far easier said than done.

Pediatric pulmonologist Dr. Sunil Kapoor saw first hand the pull of vaping both substances when an an asthmatic teen patient was back in his office this month , a year after he spent a week in the hospital for his vaping. The boy’s school told his father the 16-year-old was vaping nicotine in the bathroom, but he was vaping THC as well.

“You’re driving me a little bit crazy,” Kapoor, chief of pediatric pulmonology at Inova Children’s Hospital in Falls Church, Virginia, recalls telling him. “You were in the intensive care unit. Why?”

Here are tips for parents worried about their kids and vaping:

Electronic cigarettes and Juuls, the most popular brand name for young people, have a battery, a heating element and a place to hold a liquid, known as e-liquid or vape juice, which is typically flavored. The heat creates a vapor, or aerosol, that users inhale into their lungs. These devices can also be used with THC or cannabidiol (CBD), which can legally contain .03% of THC to be sold in stores or higher levels if sold in dispensaries. While e-cigarette cartridges can be purchased with a wide variety of nicotine levels down to 0%, Juuls have a high level of nicotine — as much as a pack of 20 regular cigarettes.

How do I know if my child is vaping? Are there symptoms?

Short of finding the device or catching kids in the act, you may not. But some key signs include frequently stepping away from family, leaving to go outside, to the bathroom in school and anywhere else they could sneak a vape, said Carol Riccio, the nurse leader for the Newburyport, Massachusetts, school district.

Irritability is another key indicator, although teasing out when it’s attributable to vaping versus simply being teens can be difficult, Kapoor said. Excessive coughing, shortness of breath and increasing intolerance to exercise should raise suspicion as well, he said.

Some children show up in school nurses’ offices suffering from “nicotine toxicity” because of near-constant puffing on the devices, said Laurie Combe, president of the National Association of School Nurses. Signs that kids may have ingested too much nicotine include nausea, vomiting and fluctuating blood pressure, she said.

I found a vape device. How do I know what’s in it?

It can be very difficult to tell the difference between nicotine e-liquid and THC or a CBD-based oil. A legally purchased cartridge with THC or CBD oil or nicotine would have some sort of packaging or labeling saying what it is. But even Juul-brand cartridges, which are supposed to be “closed loop” so nothing can be added, are often tampered with and filled with THC-based oils.

Narrow cylinder-shaped vials are more likely to contain THC oil; nicotine ones tend to be wider and bigger, as American Vapor Association President Gregory Conley demonstrated Friday with his Njoy device. THC is thick and oil based so may not appear to move in the cartridge while nicotine e-liquid would flow freely in the cartridge.

Parents can purchase home drug test kits online to determine what’s in a cartridge or vial, but they won’t know the concentration of the THC or added contaminants. It could be CBD oil with a very low percentage of THC. 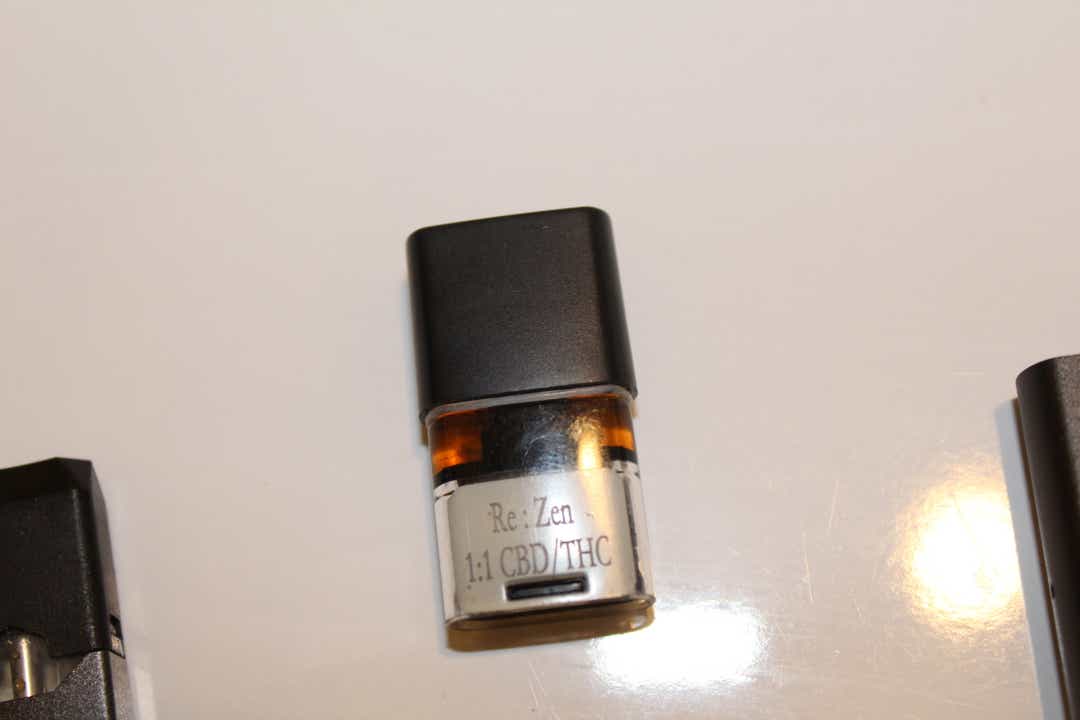 They could also drug test their child to see if they have THC in their systems, but that won’t determine whether the THC was ingested through smoking, eating or vaping. The Centers for Disease Control and Prevention said Friday nearly 4 in 5 people who suffered vaping-related lung injury in the recent outbreak reported using products that contained THC, alone or combined with nicotine.

So now I have a teen addicted to nicotine. What do I do?

Nicotine replacement therapy or prescription drugs and counseling plus other support is what’s needed, Riccio said.  Perhaps most importantly, she recommends parents “remain calm and supportive,” and avoid punishing what has often become addictive behavior. Be prepared for kids to try to quit vaping and fail an average of six times, she said.

Newburyport’s high schools have a four-week “vaping diversion program,” which includes after school meetings with adjustment counselors, wellness teachers, school nurses, biology teachers and the school principal. Data on the program’s results is expected by the end of the year.

Nicotine is a stimulant so it’s also important to determine whether your child is vaping because they had a “functional” need to be stimulated to focus in school or if they were doing it to “counteract feeling low or depressed,” said Theresa Nguyen, a social worker who is vice president of policy and programs at the nonprofit Mental Health America. Either might suggest additional therapy or medical treatment is needed.

My kid is vaping THC oil. Does he or she need addiction treatment?

The process of vaping triples the strength of the THC being ingested. THC use in those whose brains are still developing can lead to cognition loss and psychiatric problems, Surgeon General Jerome Adams said in a new health advisory. The larger immediate concern is those under 21 are buying products illegally, which dramatically increases the risk of contaminants and additives federal and state investigators are focusing on as possible causes of the lung injuries.

Lee says most young people with addiction can do outpatient treatment and many need mental health counseling as well, Lee says. About 90% of patients with addiction disorders at Hazelden also have mental health problems, he said. He also says the group a child chooses to socialize with and his or her risk-taking behavior are more of a predictor of substance use than whether they start with nicotine.

If you or family members are struggling with issues mentioned in this story and you would like to connect with others online, join USA TODAY’s “I Survived It” Facebook support group.