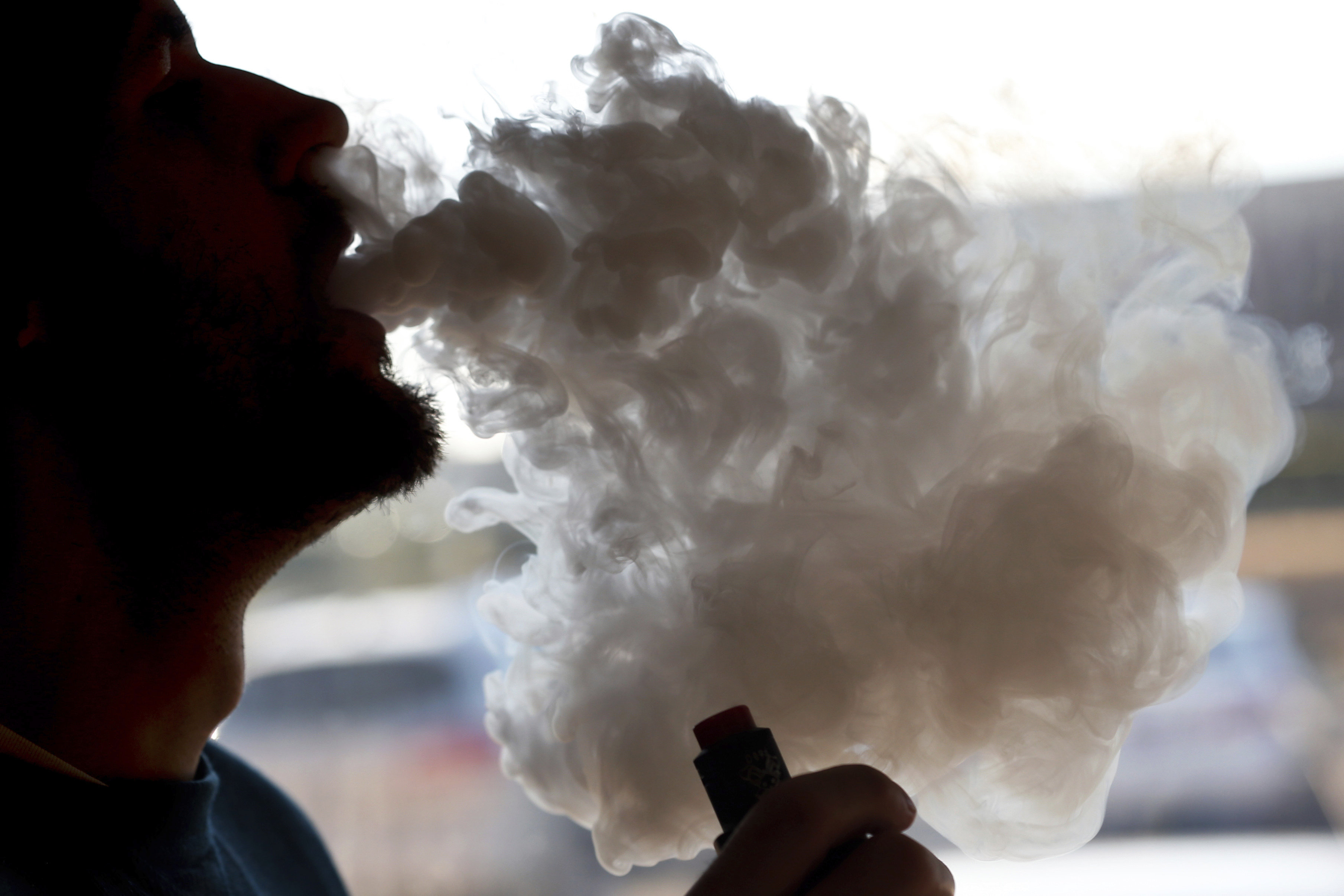 A woman from North Jersey is the first person in the state to die from an illness related to the national vaping outbreak, the state Department of Health announced Tuesday.

The identity of the woman, who died in August, was not released. She was described by officials as “beyond college age,” but declined to be more specific for privacy reasons.

Officials also said the number of confirmed or probable cases of lung diseases associated with electronic cigarette use has risen to 14 in New Jersey, the department said.

The state is investigating 32 other cases. The ages of patients range from 15 to 51, officials said.

More than 800 people nationally — across 46 states and the U.S. Virgin Islands — have been diagnosed with vaping-related illnesses. There have been 13 deaths across 11 states.

More than three quarters of the people who have become ill throughout the country consumed THC, the psychoactive ingredient in marijuana, according to a report released last week by the U.S. Centers for Disease Control and Prevention. It was the first comprehensive examination of the two-month-old outbreak.

New Jersey officials said Tuesday there have been no reports of serious lung illnesses associated with products sold in state-approved medical marijuana dispensaries.

State health departments, the CDC, and the federal Food and Drug Administration are all still investigating the causes of the outbreak.

Gov. Phil Murphy has formed a special task force to address the epidemic and possibly regulate vaping. The group’s report is due this week.

Murphy has also warned residents to stop vaping until more information is available.

Others have said the state should ban flavored e-cigarettes, which are very popular among children and young adults. Numerous states are considering similar action.

President Donald Trump has also said his administration will propose rules to create a nationwide ban on flavored e-cigarettes.

But the e-cigarettes industry and former smokers vehemently oppose such moves, saying vaping is a reliable alternative to smoking.

The industry said the outbreak of recent illnesses is related to homemade vape cartridges sold on the black market, not legitimate products sold to adults 21 and older.

New Jersey officials did not say Tuesday whether the woman’s death was related to product sold legally or on the black market.

More information about the investigation is available on the CDC website at www.cdc.gov/lunginjury.

Have a tip? Tell us. nj.com/tips

Get the latest updates right in your inbox. Subscribe to NJ.com’s newsletters.