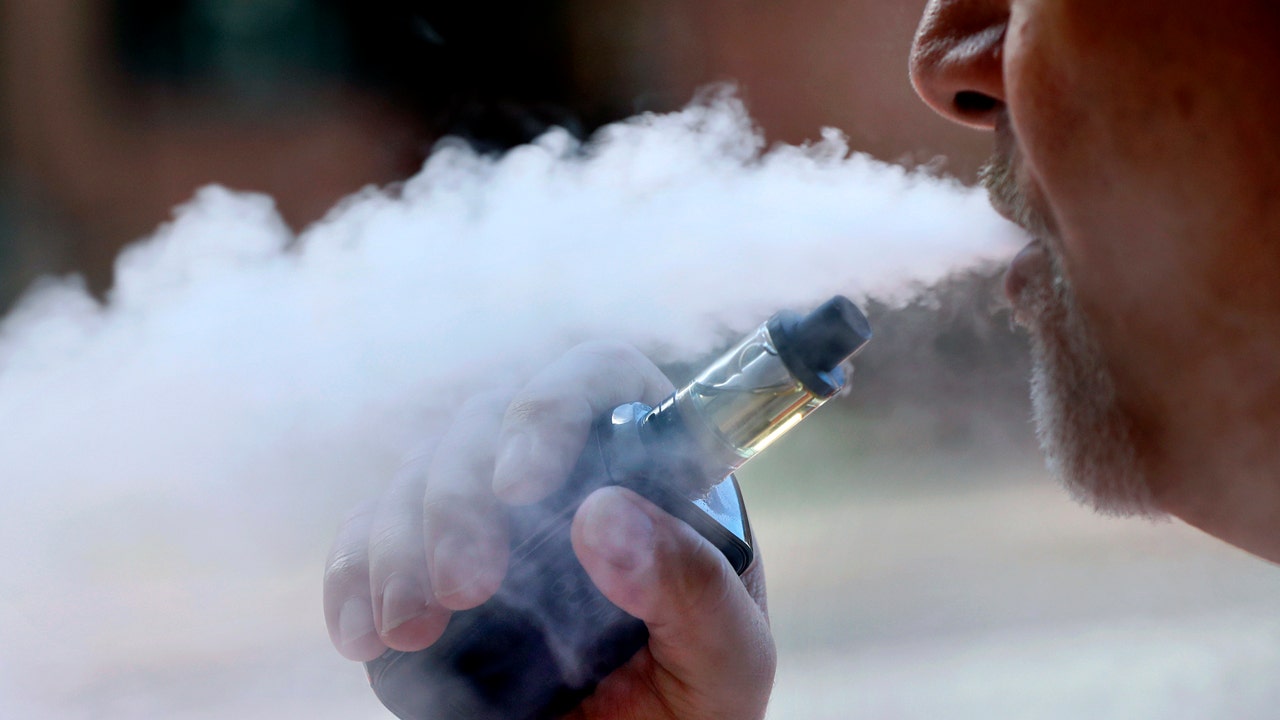 Fox News Medical Correspondent Dr. Marc Siegel discusses how many people who vape are underage and they do it for the flavors.

A new report says the lung damage in some people who have become ill after vaping nicotine or marijuana products is similar  to a chemical burn.

That is the findings of a report from doctors at the Mayo Clinic, released on Wednesday.

Lung tissue from 17 patients were examined. Two samples came from patients who died.

Dr. Brandon T. Larsen, a surgical pathologist at the Mayo Clinic in Scottsdale, Arizona described the damage like a toxic chemical burn, according to the New York Times.

The damage was also compared to injuries since caused by mustard gas used as a World War I weapon.

The findings were published on Wednesday in The New England Journal of Medicine.

The samples came from 13 men and four women whose ages ranged from 19 to 67.

About 70 percent had a history of vaping marijuana or cannabis oils.

More than 800 cases of lung illness in 46 states have been linked to vaping, and 18 people have died.