December 02, 2022
Trending
Home Health News Australia Just Had a Bad Flu Season. That May Be a Warning for the U.S. – The New York Times 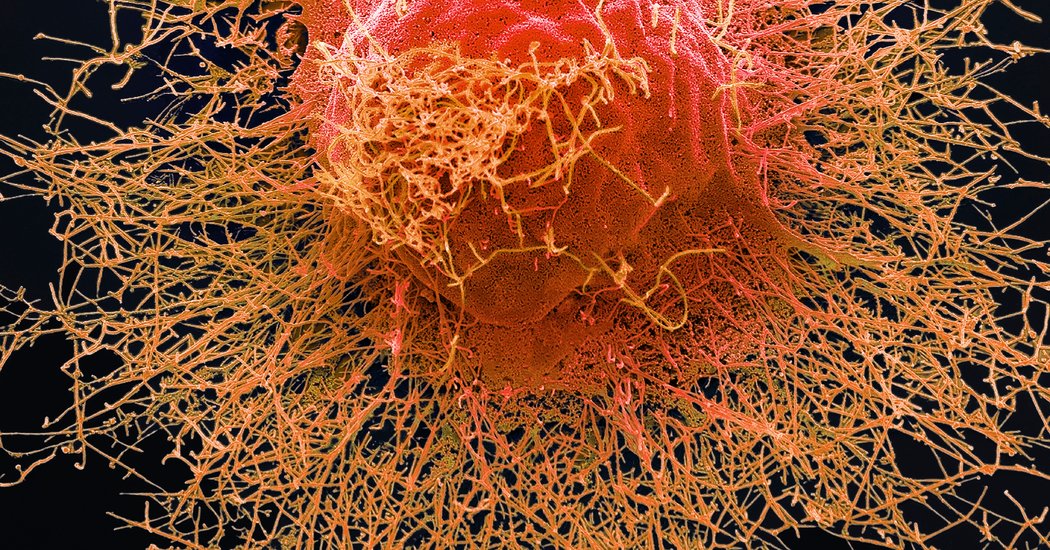 Australia had an unusually early and fairly severe flu season this year. Since that may foretell a serious outbreak on its way in the United States, public health experts now are urging Americans to get their flu shots as soon as possible.

“It’s too early to tell for sure, because sometimes Australia is predictive and sometimes it’s not,” said Dr. Daniel B. Jernigan, director of the influenza division of the Centers for Disease Control and Prevention. “But the best move is to get the vaccine right now.”

The number of cases of flu in this country is still quite low, according to the weekly C.D.C. FluView released Friday. But as the weather cools, it is expected to ramp up.

In 2017, Australia suffered its worst outbreak in the 20 years since modern surveillance techniques were adopted. The 2017-2018 flu season in the United States, which followed six months later as winter came to the Northern Hemisphere, was one of the worst in modern American memory, with an estimated 79,000 dead.

This year’s Australian outbreak began in April, two months earlier than usual, and persisted into October.

Alarming early reports said the number of deaths might surpass those in 2017, but that did not quite happen. (The country did have more positive flu tests than ever before, but that was in part because far more tests were performed.)

Nonetheless, there were more flu-related deaths than usual, while hospitalization rates and nursing home outbreaks “were at moderate to high levels,” said Ian Barr, deputy director of World Health Organization Collaborating Center for Reference and Research on Influenza in Melbourne.

Direct comparisons of mortality rates are difficult, because Australia counts only deaths in which a hospital declares influenza the cause; there were 662 this year, and 745 in 2017.

Not only is the United States population 13 times bigger, but the C.D.C. — aware that flu triggers even more deaths from pneumonia, sepsis, heart attack and other illnesses — looks at the increased death rates from many illnesses in bad flu years, and calculates how many were probably due to influenza.

At the peak of the 2017-2018 season, the C.D.C. estimated that more than 56,000 Americans would die. Officials later calculated that 79,000 had — which, the agency noted, is more people than usually fill a Super Bowl stadium.

In 2017, Australia’s deadly season set off alarm bells in Britain, where tabloids featured headlines about the “killer Aussie flu.”

But no such dire warnings were issued to Americans, in part because of turmoil at the C.D.C. and its parent agency, the Department of Health and Human Services.

The Trump administration’s first H.H.S. secretary, Dr. Tom Price, resigned in September 2017 after it was revealed that he had spent $400,000 chartering private jets at taxpayer expense. (One day earlier, Dr. Price had set an example by getting a flu shot on camera, but the room was filled with political reporters shouting questions, and he fled with his suit jacket in hand.)

The administration’s first C.D.C. director, Dr. Brenda Fitzgerald, was also under fire because of investments in biotech, health informatics and tobacco; she resigned in early 2018.

Last month, Dr. Price’s successor, Alex M. Azar II, also got a flu shot on camera at a news conference that National Foundation for Infectious Diseases holds every year to urge Americans to get vaccinated.

Mr. Azar — who stayed through the question and answer session — made it clear that the Trump administration is firmly behind vaccination.

(In his first years in office, Mr. Trump was vague about the topic; in a 2015 radio interview, he boasted that he had never had a flu shot, saying, “I don’t like the idea of injecting bad stuff into your body.” In April, however, as a measles outbreak struck New York and other states, he said American children “have to get their shots” — an about-face that earned him praise from public health experts.)

Mr. Azar said vaccination “is an important public health issue for the entire Trump administration” and noted that Mr. Trump had just signed an executive order directing his department to pursue modernization of flu vaccine production.

Most flu vaccines are still grown in fertilized eggs and that process, he said, consumes 900,000 eggs a day and takes more than six months.

On Monday, the National Institute of Allergy and Infectious Diseases announced that it was forming a consortium of research centers to pursue better methods.

Australia’s current flu season was dominated by the H3N2 strain, as was the 2017 season in both countries. H3N2, which emerged for the first time in the 1968 “Hong Kong flu” pandemic, tends to cause more hospitalization and deaths than other strains.

H3N2 may also dominate in the United States this year, Dr. Jernigan said, but it is too early to be sure. In some years, he said, different strains appear in various Southern Hemisphere countries, including New Zealand, Chile and South Africa.

At the same news conference, Dr. William Schaffner, the foundation’s medical director, lamented that only 45 percent of adults and 63 percent of children get flu shots each year.

Half of all adults who do not get vaccinated, he said, do so because they believe the vaccines don’t work.

The overall efficacy of the 2017 vaccine was only 40 percent, according to the C.D.C., and only 25 percent against the H3N2 strain.

“We know it isn’t perfect,” Dr. Schaffner said, “but we need to emphasize the importance of partial protection.”

Dr. William B. Borden, a preventive cardiologist at George Washington University, said at the same conference that patients with cardiovascular disease were six times as likely to have a heart attack in the week after a flu diagnosis than they normally were — even if their heart problems were under control with cholesterol and blood-pressure medicines.

Asthma and diabetes patients were three times more likely to die of flu complications than other patients, he added.

At the news conference, Dr. Patricia N. Whitley-Williams, the foundation’s president-elect, described standing in an intensive care unit last winter with the mother of a 9-month-old child with severe flu who was sedated and on a ventilator for seven days.

“This mother did not believe in vaccinating, because she felt that the flu vaccine was not effective and she was concerned about vaccine safety,” Dr. Whitley-Williams said. “She looked at me and said, ‘You mean I could have prevented this?’”