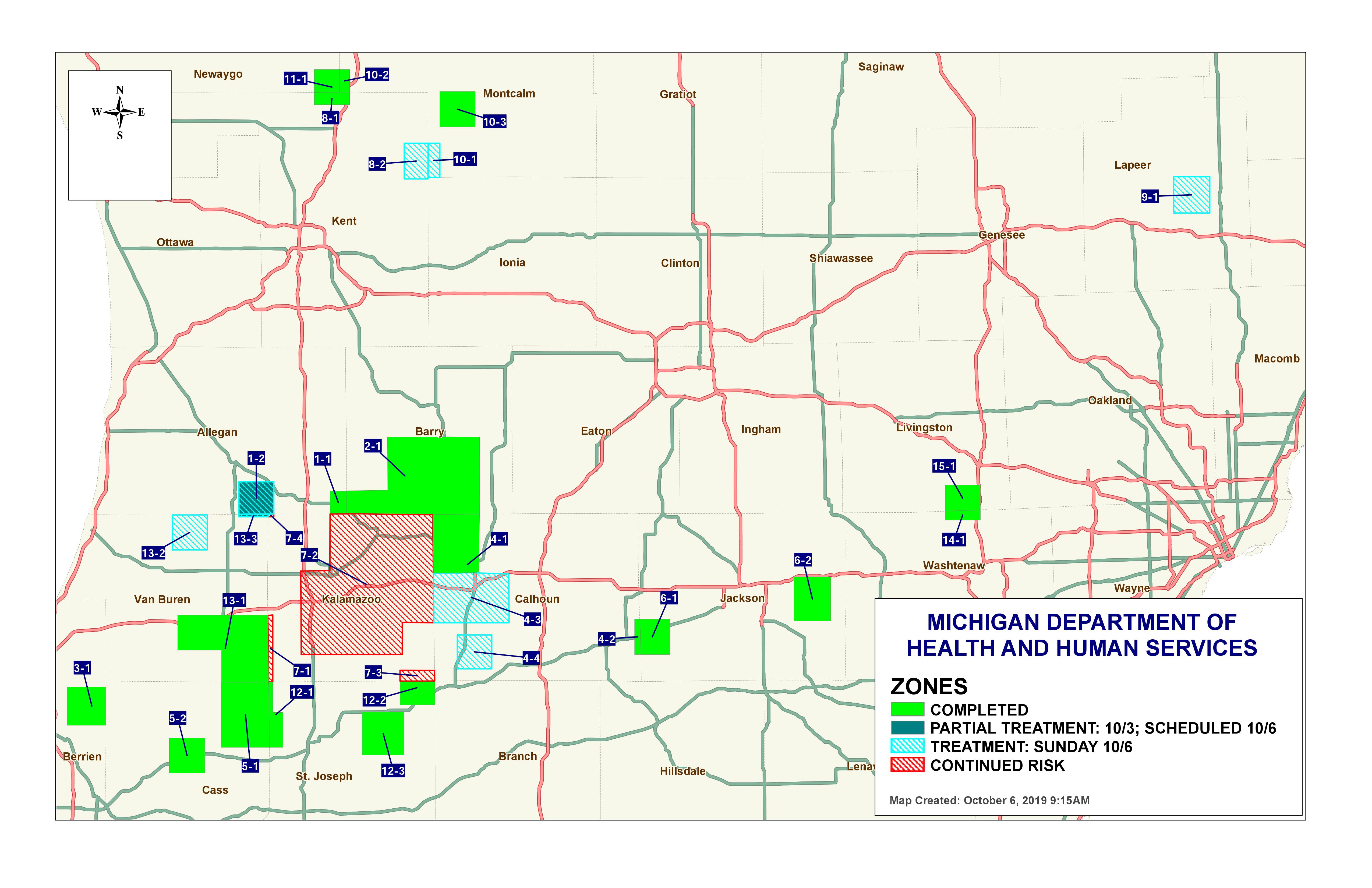 LANSING, MI — If weather holds, and all goes according to plan, aerial spraying to combat the mosquito-borne illness Eastern equine encephalitis will be done after tonight in lower Michigan.

The largest outbreak in state history, according to the Michigan Department of Health and Human Services, the virus has been responsible for four human fatalities, 34 animal deaths and five other human sicknesses, according to MDHHS.

Aerial treatments — which have been done through the use of the Merus 3.0 organic pesticide, which contains 5% pyrethrin — have already concluded in Barry, Berrien, Cass, Jackson, Newaygo, St. Joseph, Washtenaw and Livingston counties.

Allegan, Calhoun Kent, Montcalm and Van Buren counties have been partially treated. Weather-dependent, spraying will conclude in those five counties as well as in Lapeer County and at Fort Custer Training Center, part of which is in Kalamazoo County.

Kalamazoo County, which has more cases of EEE — five equine, three human and two bovine — than any other Michigan county, had been slated for aerial treatment, but due to a high number of residential opt-out requests, treatment plans were canceled.

“A portion of Fort Custer Training Center is in Kalamazoo County; however, the center has approved aerial treatment,” the MDHHS states.

A total of 430,700 acres has been sprayed to date, according to MDHHS. The areas slated for treatment tonight, listed by number on the planned treatment area map released by MDHHS, include: