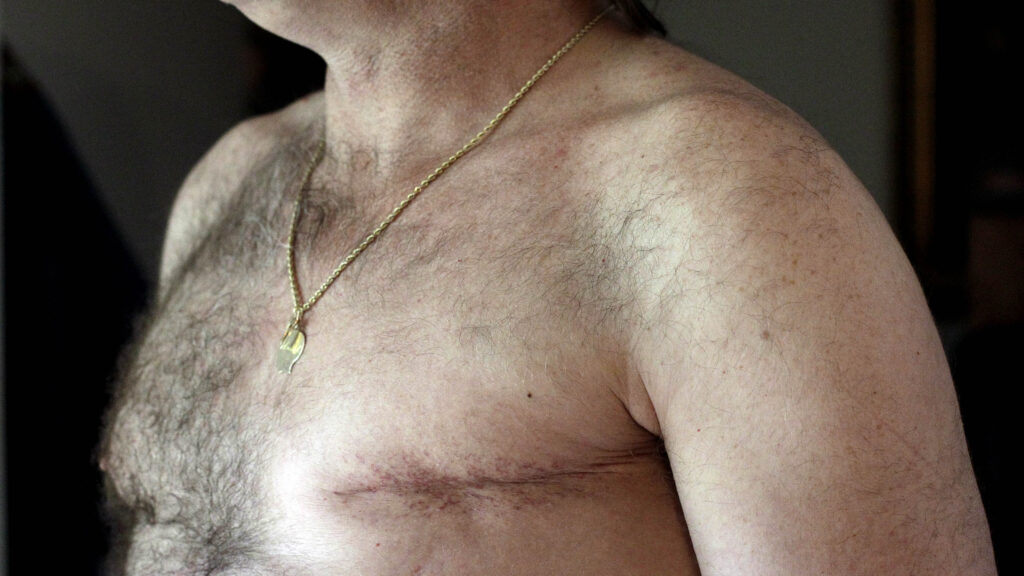 Men account for about 1% or less of all breast cancer diagnoses in the U.S., yet male breast cancer patients have a 19% higher mortality rate than their diagnosed female counterparts, according to a recent study in JAMA Oncology.

Scientists from Vanderbilt University looked at data on mortality rates from over 1.8 million female patients and 16,025 male patients who were diagnosed with breast cancer. The stark contrast between the number of men surveyed compared to the number of women underscores the deep lack of male representation in breast cancer studies.

“Breast cancer isn’t just a disease for females,” said Dr. Xiao-ou Shu, a professor of epidemiology at Vanderbilt and senior author of the study. “Men diagnosed with breast cancer have a worse survival rate, and we don’t understand the exact reason for the disparity. We need to take a closer look at the biology and the treatment.”

Shu explained that even though there isn’t enough research to give an exact reason for the disparity, there are still some clear contributing factors that help explain why. She pointed out that “there’s a combination of clinical factors like the disease stage, the age of diagnosis, cancer treatment, etc.,” she said.

According to Shu, the results from the study enforced the need for more research into the biological features and tailored treatments in men with breast cancer.

“The article serves to remind healthcare professionals of male breast cancer which is sometimes overlooked,” said Dr. Denise Monahan, a surgeon from the Breast Care Program at Northwestern Medicine Lake Forest Hospital. “It also emphasizes the need to make sure male breast cancer is treated in a multi-specialty fashion including surgery, medical oncology and radiation oncology for the best outcomes.”

Monahan also suggested that disparities in the treatment that men and women with breast cancer receive could explain the disparity in mortality rates. Men don’t always get the same attention and treatment options that women get, she said.

“It seems that in studies, men are undertreated, and maybe not offered radiation when it’s appropriate, or counseled on chemotherapy, or the importance of other therapies,” Monahan said.

Bret Miller, a breast cancer survivor himself, founded the Male Breast Cancer Coalition with his mother Peggy Miller, who is the organization’s director, to bring together men who have been diagnosed and to encourage others to get checked. Their website offers instructional videos on how men can administer their own breast exams and other educational programs.

“If you’re going in for your yearly physical and your doctor isn’t checking you for breast cancer, ask — because they should,” Bret told STAT.

Harvey I. Singer, breast cancer survivor and co-founder of HIS Breast Cancer Awareness, another male breast cancer advocacy group, is working to help others overcome the assumption that breast cancer affects only women.

“Most guys think, ‘It’s not going to be me.’ I did. Even when my sister told me I could be carrying the mutation I thought ‘Oh, well it’s not gonna be breast cancer.’ Then three years later, I was diagnosed,” he said.

Unlike Singer, most men who get diagnosed don’t have a family member with a preexisting marker, according to Monahan, the Northwestern Medical Group physician. “But if there is, it significantly increases their lifetime risk of getting breast cancer,” Monahan said.

She, like Singer, the Millers, and Shu, emphasized that everyone should be aware of the common signs of breast cancer and be tested.

“There’s really no disadvantage to getting checked,” she said.

Correction: An earlier version of this story misstated the name of HIS Breast Cancer Awareness.