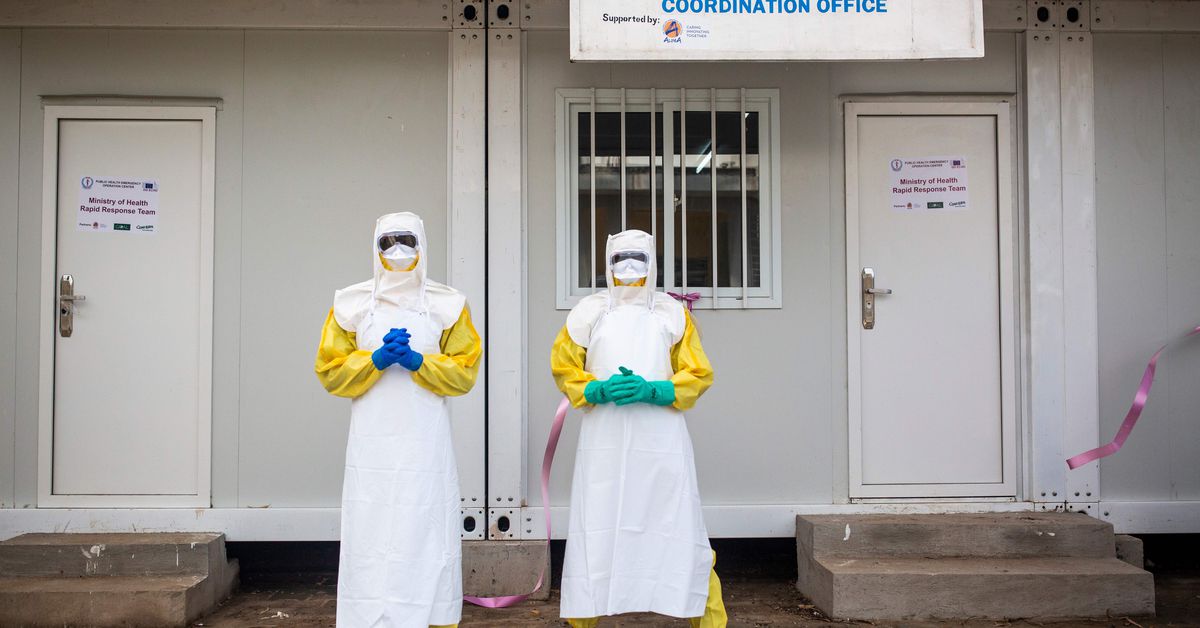 Predicting where Ebola might strike next could become easier, thanks to a new computer model. The model tracks how changes in the environment and in human societies could affect the deadly virus’s spread. It predicts that Ebola outbreaks could become as much as 60 percent more likely by 2070 if the world continues on a path toward a warmer climate and a cooling economy.

Ebola, on average, kills half of all people who contract the virus. In previous outbreaks, the fatality rate has risen to as high as 90 percent. So the ability to forecast where Ebola could wreak havoc next could save thousands of lives by ensuring that people are better able to spot the disease, get care, and take steps to stop the virus from spreading.

“The future is inherently uncertain. But policymakers and decision makers want to understand the range of future possibilities,” Kristie Ebi, a professor of global health at the University of Washington, tells The Verge. “You need information about what could happen, so that you can be better prepared.”

The model could eventually be used to figure out where to vaccinate people before an outbreak has a chance to take hold, or it could allow a government to take measures at borders where sick travelers might spread the disease, David Redding, a lead author of the study published today in Nature Communications, tells The Verge. The model could be modified to address other diseases, too. Redding hopes the new model will get people thinking about all of the factors that can cause a disease like Ebola to spread — from societal changes to animal behavior and a changing environment. “It’s something that we need to do if we’re going to understand and deal with these kinds of complex problems,” says Redding.

People can catch Ebola by coming into close contact with the blood or bodily fluids of an infected person or animal. Scientists suspect that a fruit bat may have been behind the outbreaks in West Africa in 2014 that killed 11,325 people. The effects of climate change could change where both bats and people live, putting them in closer contact with each other. Poverty — which other studies have shown may also increase in a warming world — can also lead to people turning to more risky sources of food, including wild animals that carry Ebola. And in places where poverty might put people at greater risk, there often aren’t hospitals and clinics with the resources to stop the disease from spreading.

As climate change messes with ecosystems, scientists and doctors have worried that outbreaks of zoonotic diseases (those that can spread from animals to humans) could become harder to predict. Ticks and mosquitos have already been on the move, thanks to warmer temperatures, bringing diseases like Lyme, Dengue, and Zika with them. “Contact opportunity and frequency are crucial drivers in infectious disease spread,” Konstans Wells, an ecologist at Swansea University, wrote to The Verge in an email.

To figure out the outlook for Ebola in 2070, researchers who developed the new mathematical model considered different scenarios for how the world might work together to reduce inequality, slow population growth, and cut greenhouse gas emissions. They saw the likelihood of new outbreaks jump unless people took action to combat each of those factors.

Their method illustrates how complicated it can be to figure out all of the issues that can bring on an epidemic. To understand the current risk of outbreaks, researchers used the model to analyze data on climate change, land use, population growth, and poverty. It was able to accurately identify places where epidemics have already broken out, like the Democratic Republic of the Congo and Gabon. But it also pointed to places, particularly in Nigeria, that haven’t yet seen an epidemic. That could be because the health infrastructures in those locations were better prepared to meet the risk.

Whether a community has a strong health care system and ways to detect and track a disease is what can make the difference between a single case of Ebola and a widespread disaster, according to Daniel Bausch, a member of the executive committee of the American Society of Tropical Medicine. The model might just help solve that problem, too. In places where there aren’t a lot of resources to track where a disease is breaking out, predictive models like this one could help officials and humanitarian organizations that are working to stop an epidemic figure out where to focus their attention. But first, he cautions, they need to have confidence in the model.

“Do I anticipate that this will be a eureka thing that, from now on, we can predict all the areas where Ebola is going to emerge? I’m still skeptical on that,” Bausch says. “Only time will tell.”