But actually giving up your soda habit isn’t always an easy task. While some people can function just fine without soft drinks, others find they need their fix starting at breakfast.
And we’re not only talking about the sugary kind. For some, a daily soda ritual includes chugging multiple cans of artificially sweetened beverages, which aren’t much better.
So what is it about soda — both regular and diet — that makes it so addictive?
According to Gary Wenk, director of neuroscience undergraduate programs at the Ohio State University and author of “Your Brain on Food,” it’s all in the beverage’s design. Your favorite brand of soft drink is engineered with just the right amount of sweetener, caffeine and carbonation to make you continuously want to grab and gulp.

Consider the fact that a 12-ounce can of Coca-Cola has a whopping 39 grams of sugar — that’s equivalent to about 10 teaspoons, and more than we should consume in an entire day. 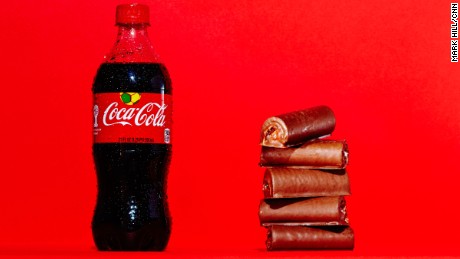 But that rush of sweetness also appears to activate the same reward centers in the brain as drugs, Wenk explained. It triggers the release of the brain chemical dopamine in a region known as the nucleus accumbens, and as a result we feel euphoria.
“The sugar in the drinks … swish through the brain, you get the dopamine rewarding you, and then the effect of the dopamine surge is gone almost as fast as it arrived, leaving your brain wanting more,” Wenk said.
In fact, one review concluded that sugar can even be more rewarding and attractive than cocaine.
But satisfying that desire for more sugar can lead to larger cravings.
“The more soda you drink, the bigger the ‘reward,’ and as would happen with most pleasurable things, we develop an affinity and want even more of them,” said Cordialis Msora-Kasago, a registered dietitian nutritionist and spokesperson for the Academy of Nutrition and Dietetics.

Sugar isn’t the only ingredient to blame when it comes to soda’s addictive qualities.
There’s also caffeine, which is a stimulant — “and our brain craves things that stimulate it,” he continued. Caffeine not only speeds up our thinking but also has its own unique ability to activate reward pathways that involve dopamine, according to Wenk. 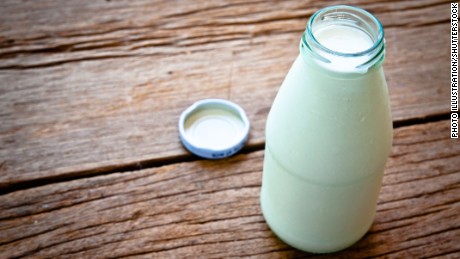 “Caffeine is one of the most widely consumed psychostimulants in the world … and it does have an addictive property,” said Dr. Marilyn Cornelis, an assistant professor of preventative medicine at Northwestern University. “[With soda], we’re getting the sugar high combined with caffeine, and that is quite a good feeling that might cause you to consume more the next day or another time.”
When consumed regularly, people often start to rely on caffeine to increase attentiveness, alertness and energy, according to Msora-Kasago. “They may feel dependent upon it and even experience signs of withdrawal, such as headaches and poor concentration, when they do not have it,” she said.

There’s yet another element that plays a very significant role in soda’s lure: the fizz. “If you take Coca-Cola and sit it on the countertop for a day or so, how much would you enjoy drinking it?” Wenk said.
In fact, carbonation makes any drink much more addictive, according to Wenk.
Those bubbles add a small amount of acidity, which when combined with sugar intensifies the euphoric “reward” feeling, Wenk explained. Carbonation also has the ability to make sugar take a bit of a back seat — which is not to say that sugar doesn’t still exert its pleasurable effects, but that the bubbles blunt the sweet taste just enough to make you crave even more.

Although diet sodas replace real sugar with artificial sweeteners, those may have their own addictive characteristics. According to Msora-Kasago, they trigger taste receptors that register the sweetness and expect sugar, essentially preparing the brain for a reward that never comes. 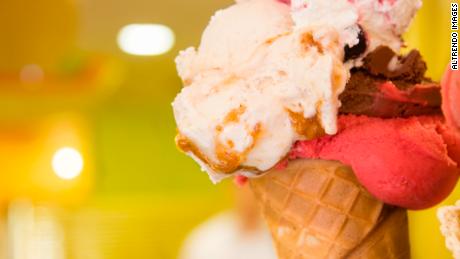 And when “the brain doesn’t get the reward it wants from its drink — the real sugar — it says, ‘go out and get me some more,’ ” Wenk said.
And, as with regular soda, the carbonation compounds the effect of artificial sweeteners — dulling the taste just enough to intensify our cravings and have us cracking open another can.

But why do some people seem to crave soda after soda, while others can have just one and be satisfied? It may have to do with some of the ritual aspects of soda drinking, which also play a role in our brain’s chemistry. Everything from hearing the pop and the fizz of the carbonation to seeing the words “diet” written on a can — an aspect of reward in itself for engaging in what is perhaps considered a “virtuous” behavior — can increase the activity of dopamine cells.
“Even before you get that first dose of caffeine in your brain, you are already feeling the reward,” Wenk said.
And that expectation helps establish a habit. “[People] are studying late at night, driving home or heading into a meeting, and that can of soda is the one thing that keeps them alert and engaged,” Msora-Kasago said. 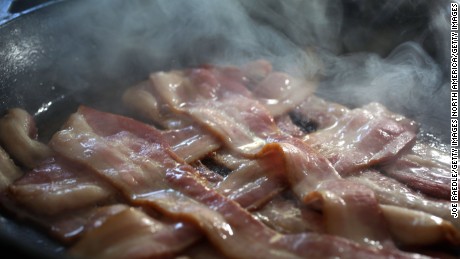 Diet soda in particular may become habit-forming when it’s seen as the “healthier” choice. For example, it’s common to replace a regular soda habit with diet soda, which reduces calorie intake without giving up the actual soda habit, Msora-Kasago explained.
And at least one study suggests that there may be genetic underpinnings related to our desire to consume sweet beverages. In the study, people who had a variant in a gene known as FTO — which has previously been linked to a lower risk of obesity — surprisingly had an affinity for sweetened beverages.
“People with this FTO variant are more likely to drink more soda,” explained Cornelis, who co-authored the study. Though the link to lower obesity risk is counterintuitive, it is “a similar trend observed by other scientists” and something researchers are still trying to understand, according to Cornelis. About 20 to 30% of the population has the genetic variant.

If you’re having a soft drink on occasion — say a few times per month — there’s no need for concern. But if you’re having more than one soda per day, you could be putting yourself at risk for health conditions that include obesity, heart disease and type 2 diabetes, according to Msora-Kasago. And drinking diet soda comes with risks too: consuming just one can per day has been linked to increased risk of stroke and dementia.
“The key is finding (another) beverage that you enjoy,” Msora-Kasago said. “Unsweetened milk is always a great place to start because in addition to quenching thirst, milk provides many important nutrients such as protein and calcium.” 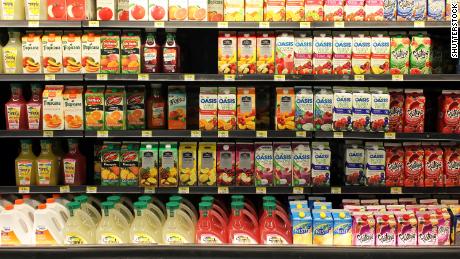 For a lower-calorie option, you can enjoy a cup of unsweetened tea, which adds flavor and gives a boost of disease fighting antioxidants.
And water remains the tried and true beverage for better health. If you don’t like still water, Msora-Kasago recommends finding an unsweetened sparkling water that you enjoy, or making your own spritzer by mixing three parts of sparkling water with one part fruit or vegetable juice.
If you’re drinking soda for an energy boost during the day, you may want to check in on your sleep. Research suggests that there may be a link between sleeping less than 5 hours per day and drinking more sugary, caffeinated sodas, Msora-Kasago explained.
But whether getting enough sleep will actually discourage you from reaching for that can of cola is much less definitive. “The well-rested brain will encourage you to drink as much soda as a sleepy brain,” Wenk said.

Lisa Drayer is a nutritionist, author and CNN health and nutrition contributor.