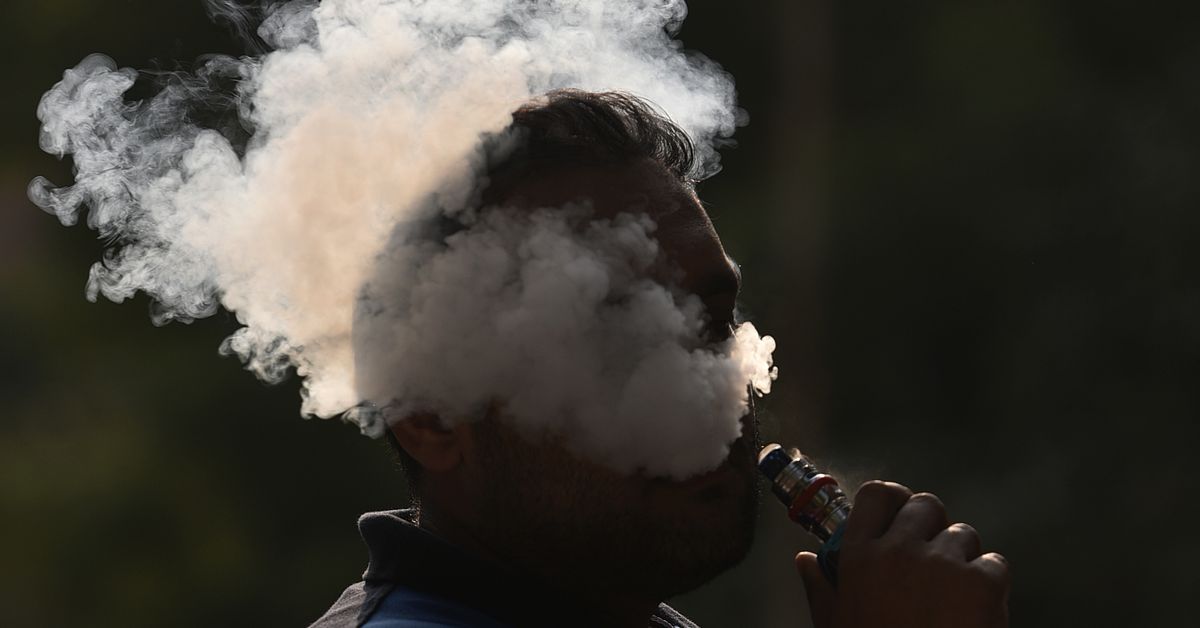 For weeks, it’s been clear THC vape products are playing a major role in the outbreak of vaping-related illness that has sickened more than 1,600 people across the country.

But what hasn’t been clear is what substances the people who died from this sickness had been using. Today, the Centers for Disease Control and Prevention came out with that data — and it once again implicates THC vape products.

Among 19 patients who’ve died — a subset of the 34 total deaths for whom CDC had substance use data — 84 percent reported using any THC-containing products. Sixty-three percent reported exclusive THC product use. A smaller number — 16 percent — said they’d used only nicotine products, but the CDC also warned that there might be under-reporting of cannabis use since non-medical marijuana is still illegal in so many states.

The agency isn’t tracking whether people were using legal or black market sources to vape, but the data we have from states suggests it’s overwhelmingly illicit, pre-filled THC vape cartridges making people sick.

Last Tuesday, a new study from Utah showed 92 percent of patients interviewed reported vaping THC — and mostly from pre-filled cartridges — before falling ill. The vape products, the CDC said, “were acquired from informal sources such as friends or illicit in-person and online dealers.” Dank Vapes, a popular counterfeit manufacturer, was the most commonly used brand. Research in Illinois and Wisconsin uncovered the same pattern. And in New York, the state Department of Health commissioner has said the vast majority of the 125 cases there have been linked to black market THC cartridges.

“The data do continue to point towards THC-containing products as the source of individuals — the vast majority of individuals’ lung injury,” said Dr. Anne Schuchat, principle deputy director of the CDC, in a media briefing on Friday. “THC may be a marker for a way that cartridges were prepared or way that the devices are producing harm.”

Marijuana is typically viewed as a less harmful substance since overdose is unlikely, and unlike federally legal substances — alcohol, tobacco — it’s not a major cause of death. But as this more nuanced outbreak data emerges, a deadly new cannabis risk is coming into focus: vaping certain THC products, particularly those sold on the black market. And experts who study e-cigarettes and marijuana say — with 34 deaths nationwide and counting — it’s time for health regulators to catch up.

In 2016, the overall market for cannabis in the US — from both licensed and unlicensed sources — was estimated at $50 billion. An analysis by RAND found the fastest-growing segment of the state-legal cannabis market in Washington state (one of the first to legalize recreational marijuana) was “extracts for inhalation,” which includes vape pens and cartridges.

As I reported last week, cannabis is subject to a patchwork of state-level health regulations, where it’s been legal or decriminalized. And these regulations are also generally weak and inadequate.

So in Washington, for example, the Liquor and Cannabis Board regulates the recreational cannabis marketplace, and products are tested for “potency, moisture, foreign matter, microbiological, mycotoxins (fungi), and residual solvents,” according to a spokesperson there. But only medical-grade products are also tested for pesticides and heavy metals.

In California, products are third-party tested for the same kinds of contaminants Washington looks for, and the state Department of Health’s regulations for cannabis requires “manufacturers to utilize good manufacturing practices in the production of cannabis products,” a spokesperson there said, including listing all ingredients on the label.

But neither Washington, California, nor any other state requires manufacturers to submit safety data, and there’s no random spot-checking to make sure that what manufacturers claim about their products is true.

Meanwhile, a black market — with no safety oversight — is flourishing across the country, even in states with official cannabis markets.

That’s why, with the mounting death toll, some experts are calling for more stringent oversight. “How confident [are state regulators] that some of the ingredients used in vape oils are safe?” said David Hammond, a public health researcher at the University of Waterloo in Ontario who studies the e-cigarette and THC vape markets in Canada and the US. “I don’t know if anyone knows that. It’s the manufacturer’s job to make sure products don’t include harmful chemicals. But the whole concept of vaping from liquids is fairly new and we don’t have a lot of certainty.”

Federal health officials and investigators still haven’t pinpointed a specific product or ingredient that’s at fault, but they have repeatedly said that THC vapes appear to be driving most of the cases, and they have some ideas about what could be happening. And it’s not so much the THC that’s the problem — remember, people have been vaping from dried herb vaporizers for years — but something gone wrong in the pre-processed liquids found in vape cartridges.

For example, it’s possible some ingredient has been introduced into the US supply chain that’s sickening people. One potential contaminant is vitamin E acetate. Of the 225 THC-containing products the FDA has tested, as of October 11, 47 percent contained the oily substance, which is used as a cheap thinner in vaping products. The recent Utah data found the chemical in 89 percent of the THC-containing cartridges tested there. New York State also found vitamin E acetate in many of the cartridges used by patients suffering respiratory illness. Even though vitamin E acetate is safely used in nutritional supplements, it isn’t safe to inhale into the lungs.

It’s also possible that another, yet-to-be-identified ingredient is making people sick. “[Black market products can] include other chemicals,” such as pesticides, Beau Kilmer, the director of the RAND Drug Policy Research Center, told Vox last week. “And as we’re seeing [with the outbreak], some of those chemicals can be very harmful when vaporized.”

Considering no other country is experiencing a similar outbreak of this scale, and that scores of people have used nicotine e-cigarettes and THC dried herb vapes over many years without an apparent problem like this so far, the contaminant theory makes sense. Now, it’s time for health regulators to act, said Hammond. “[Thirty-four] people have died. [Imagine] we were talking floor mats in a Ford or Toyota. Those products wouldn’t be on the market anymore.”

Will vaping kill you? Maybe.

Looking for a quick way to keep up with the never-ending news cycle? Host Sean Rameswaram will guide you through the most important stories at the end of each day.

Subscribe on Apple Podcasts, Spotify, Overcast, or wherever you listen to podcasts.