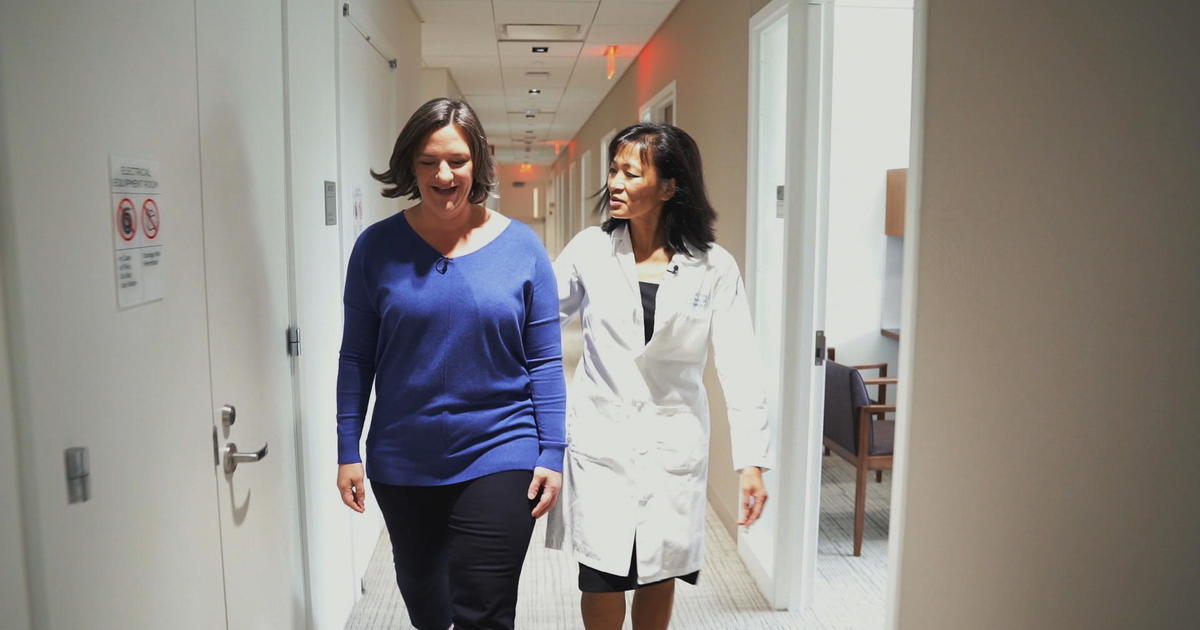 Four months into her fight against Stage 2 breast cancer, Andrea Cianfrani learned she had a new health challenge to conquer. After recovering from a mastectomy, she received chemotherapy to attack the cancer, not knowing that it was also attacking her heart.

The 40-year-old had heart disease, the No. 1 cause of death for breast cancer survivors and women overall. More than 3.8 million breast cancer survivors live in the United States, and in about 10% of breast cancer patients, chemotherapy and radiation can damage the heart. It can happen during treatment, or the issue may develop years afterward, reports CBS News medical contributor Dr. Tara Narula, who is a cardiologist.

“It really did feel like another punch … where you’ve been punched a couple of times,” Cianfrani said. “It was a little bit of a surprise especially because … I wasn’t feeling anything.”

An emerging field called cardio-oncology has developed to protect the hearts of cancer patients both during and after treatment.

“During treatment we actually can see a cardiac dysfunction, namely heart failure, for some of our patients,” said Dr. Chau Dang, Cianfrani’s oncologist at Memorial Sloan Kettering Cancer Center. Dr. Dang teamed up with a cardiologist, prescribing medication to protect Cianfrani’s heart, so she would be strong enough to finish chemotherapy.

Breast cancer treatment puts the heart at risk in several ways. Chemotherapy can damage the heart muscle that pumps blood, leading to heart failure. Radiation can disrupt normal heart rhythm, and damage both the lining around the heart and the heart valves. The biggest risk from radiation is the development of early and accelerated coronary artery disease, which raises the risk of heart attack.

While some women, like Cianfrani, have no symptoms, others experience shortness of breath, chest pain or decreased ability to exercise.

“What we should not be telling our patients is, don’t get the very treatments that make you beat the cancer in the first place,” said Dr. Javid Moslehi, who directs the cardio-oncology program at Vanderbilt University in Tennessee. “The treatments are effective … but now the issue is, how do we give the drugs more safely? … How do we prevent heart disease?”

Breast cancer survivors could be at risk of heart disease years to even a decade after completion of treatment, Moslehi said. “It is this part that I think we as a medical community need to raise more awareness and do a better job of screening for,” he said.

Three years after completing her treatment, Cianfrani’s heart is strong again, but she will be monitored for any lingering effects of the chemotherapy for the rest of her life.

After treatment, cancer patients should ask doctors to give them a detailed record of their chemo and radiation dosages to discuss with their primary care doctor or cardiologist. They should also speak to them about how to recognize symptoms of heart disease and take preventive measures to lower their risk.