A school district in Colorado recently said that a massive illness outbreak has forced the temporary closure of all its schools.

In a statement posted to its website on Wednesday, the Mesa County Valley School District 51 — the 14th largest in Colorado with more than 22,000 students — announced it was closing its more than 40 schools until after Thanksgiving break due to a highly contagious gastrointestinal illness.

WHAT IS NOROVIRUS? 3 THINGS TO KNOW ABOUT THE VOMIT-INDUCING BUG

The closure, which was spurred after more than a dozen schools began reporting a higher than normal amount of absences, is also unprecedented, as the district has “never before had to close all schools in the district due to illness,” according to the announcement.

“We are taking this highly unusual action because this virus is extremely contagious and spreading quickly across our schools,” said D51 Nursing Coordinator Tayna Marvin in a statement. “In addition, it appears that there is now a second, related virus that is affecting students, some of whom have already been ill in recent weeks. The combination of the two has created an unprecedented spread of illness.” 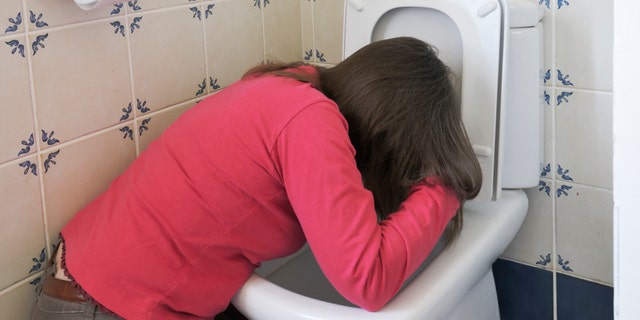 Norovirus can cause vomiting and diarrhea, among other symptoms.
(iStock)

The exact illness that is sickening students and staff is currently unknown. But in a statement posted to Twitter, Mesa County Public Health officials said it is “acting a lot like norovirus.”

A common way the virus is transmitted is through close contact with an infected person. This is either directly or indirectly, such as sharing a bathroom, a dorm room or another communal space. Cruise ships, schools, and nursing homes “are the most commonly reported settings for norovirus outbreaks,” according to the Centers for Disease Control and Prevention (CDC).

More specifically, the virus spreads through fecal matter and vomit. In its statement, Mesa County Public Health officials said there have been “several incidences of vomiting in public areas of schools.”

“It only takes a few virus particles to make people sick,” Lee-Ann Jaykus, the scientific director for NoroCORE, a food safety initiative that’s funded through a $25 million grant from the USDA,  previously told Fox News.

“The decision to close is the right move,” said Mesa County Public Health Executive Director Jeff Kuhr in a statement.