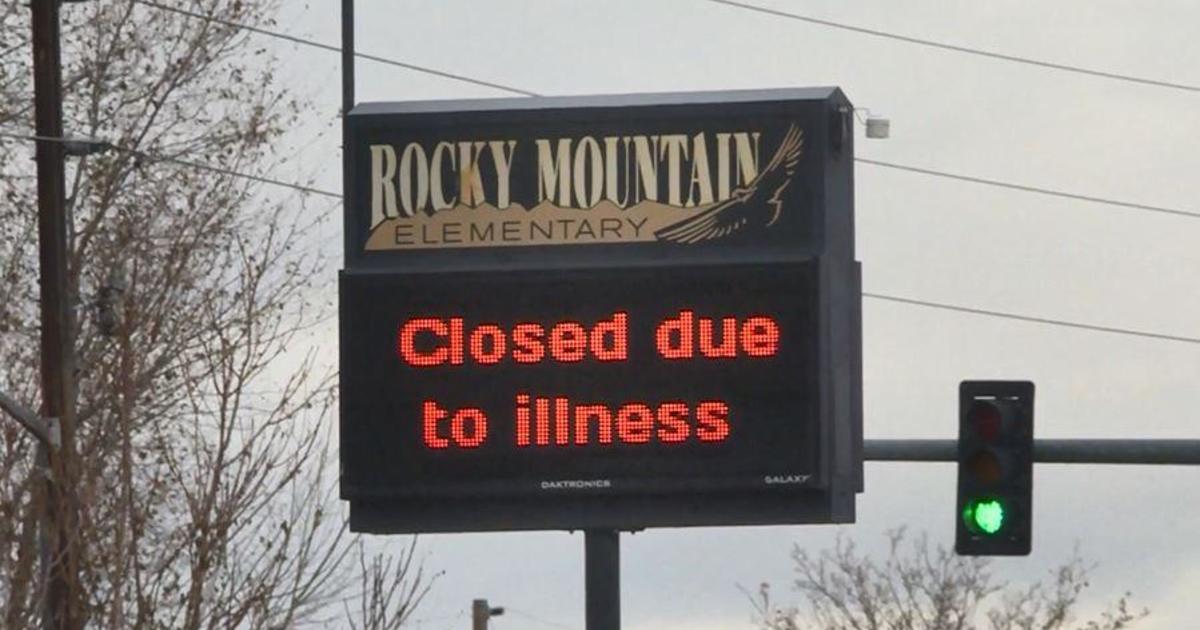 Grand Junction, Colorado — A fast-moving outbreak of a highly-contagious virus has sickened hundreds in Colorado, prompting officials to take the unprecedented step of closing an entire school district of about 22,000 students.

There’s an all-out effort to eradicate a microscopic enemy, as crews sanitized hallways and scrubbed down classrooms at Mesa County schools. Hundreds of students and teachers have fallen ill with symptoms of the highly-contagious norovirus, including Cendie Wood’s grandchildren.

“Every time I send the kids back to school they come home sick,” Wood said.

The outbreak apparently started last week with siblings who attend schools in the district. The contagion and a second strain then quickly spread from school to school, forcing officials to take the unusual step and close all 46 schools.

“When we have 20 kids actively vomiting in a school that already has 17 percent gone we know that we’ve got a problem. We have to stop the exposure,” said Tanya Marvin, the head of nursing for the school district.

According to the U.S. Centers for Disease Control and Prevention, people with norovirus illness can shed billions of norovirus particles. But it only takes a few particles to make other people sick.

Joy Zeller’s three daughters are among the students now at home.

“The school district made the right choice, because the health of our families. No one wants to spend Thanksgiving break with everyone puking,” Zeller said.

Roughly half of the kids in the district rely on the free school lunch program for a meal. So now the district plans to send out their food trucks to make sure they’re fed.

Another district nearby has also been impacted by recent illnesses. The West Grand School District will close all schools Friday, Monday and Tuesday.