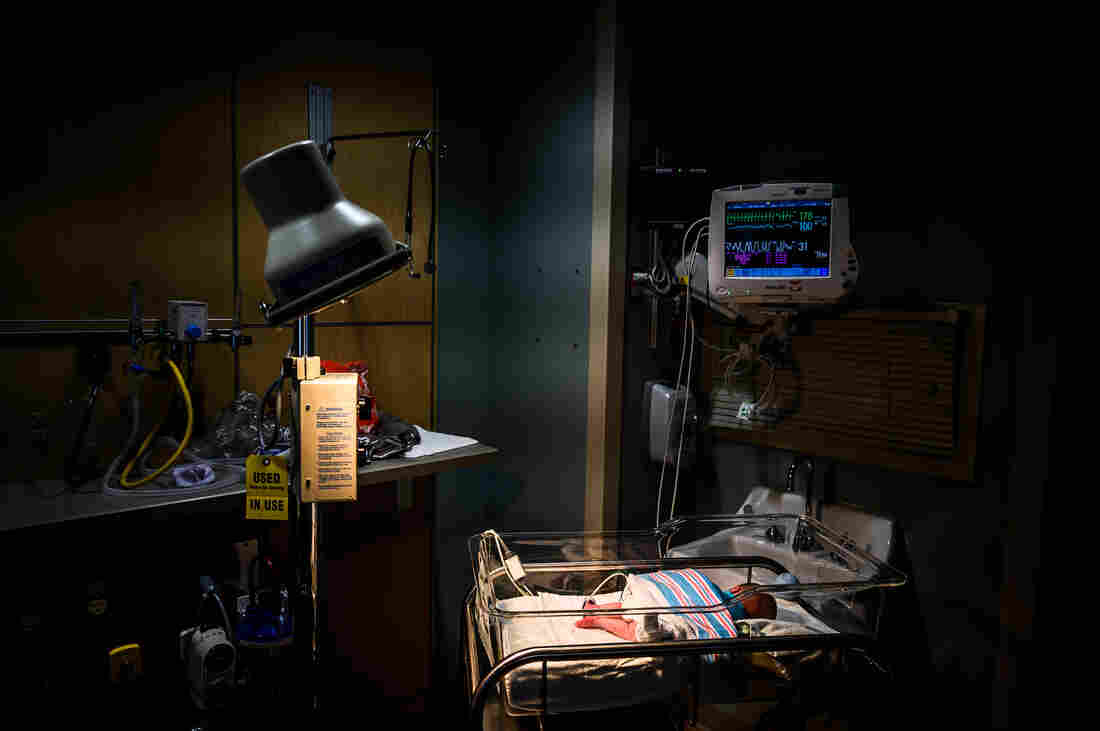 An infant is monitored for opioid withdrawal in a neonatal intensive care unit at the CAMC Women and Children’s Hospital in Charleston, W.Va., in June. Infants exposed to opioids in utero often experience symptoms of withdrawal.

Babies born to mothers who used opioids during pregnancy represent one of the most distressing legacies of an opioid epidemic that has claimed almost 400,000 lives and ravaged communities.

In fact, many of the ongoing lawsuits filed against drug companies make reference to these babies, fighting through withdrawal in hospital nurseries.

The cluster of symptoms they experience, which include tremors, seizures and respiratory distress, is known as neonatal abstinence syndrome. Until recently, doctors rarely looked for the condition. Then case numbers quadrupled over a decade. Hospital care for newborns with NAS has cost Medicaid billions of dollars.

Studies indicate more than 30,000 babies with the condition are born every year in the U.S. — about one every 15 minutes. Although their plight is mentioned in opioid-related litigation, there are growing concerns that those same children will be left out of financial settlements being negotiated right now. 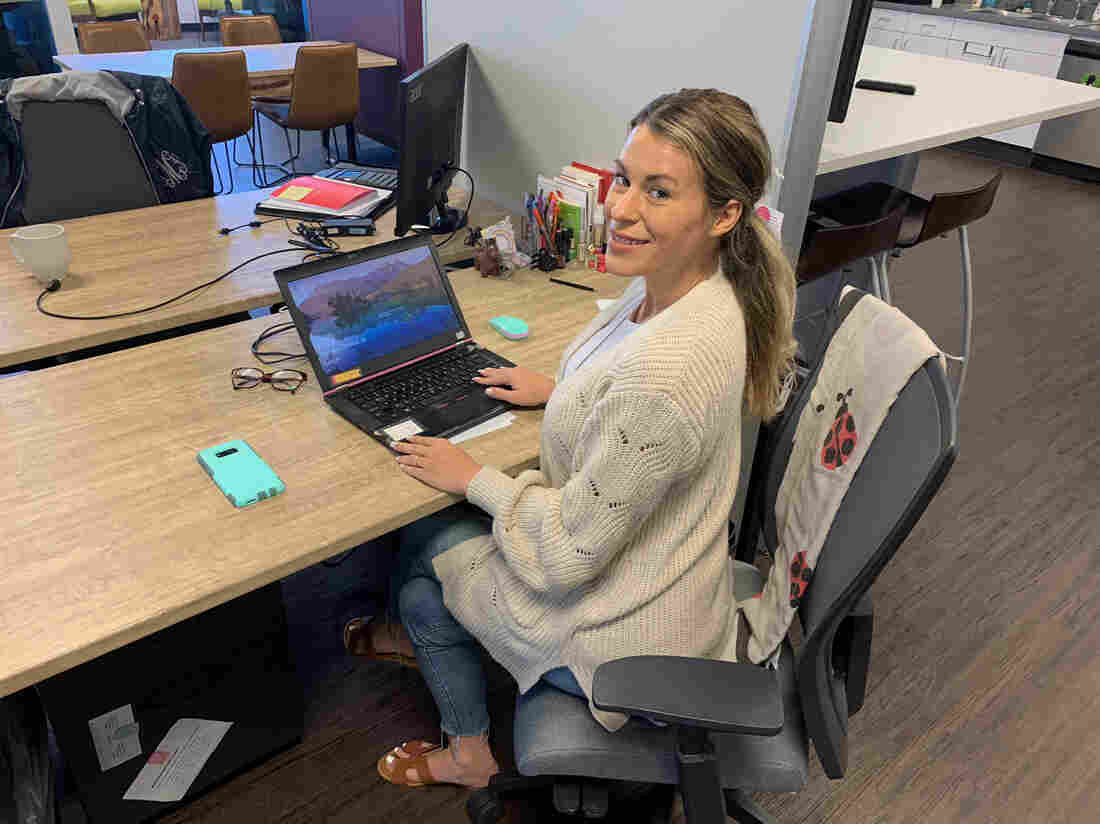 Robbie Nicholson now works as a mentor with a company called 180 Health Partners that helps women with addiction go through pregnancy. Her own newborn went through drug withdrawals, related to the medications she took to control her opioid cravings. She says most women she works with need a stable place to live and reliable transportation.

Robbie Nicholson, a mother in Eagleville, Tenn., tried to comfort her second child while the baby slowly underwent withdrawal from drugs Nicholson had taken during pregnancy.

Nicholson’s ordeal actually began right after her first pregnancy. To help with postpartum recovery, her doctor prescribed her a pile of Percocets. That was the norm.

“Back then, it was like I was on them for a full month. And then he was like, ‘OK, you’re done.’ And I was like, ‘Oh my God, I’ve got a newborn, first-time mom, no energy, no sleep, like that was getting me through,’ ” she says. “It just built and built and built off that.”

After developing a full-blown addiction to painkillers, Nicholson eventually found her way into recovery. In accordance with evidence-based guidelines, she took buprenorphine, a medication that helps keep her opioid cravings at bay. And then came another pregnancy.

But buprenorphine — as well as methadone, another drug used in medication-assisted addiction treatment — is a special kind of opioid. Its use during pregnancy can still result in withdrawal symptoms for the newborn, although increasingly physicians have decided that the benefits of keeping a mother on the medication, to help her stay sober and stable during pregnancy, outweigh the risk of her giving birth to a baby with neonatal abstinence syndrome.

Treatment protocols for NAS vary from hospital to hospital, but over time doctors and neonatal nurses have become better at diagnosing the condition and weaning newborns safely. Sometimes the mom and her baby can even stay together if the infant doesn’t have to be sent to the neonatal intensive care unit.

But not much is known about the long-term effects of NAS, and parents and medical professionals both worry about the future of children exposed in utero to opioids.

“I wanted her to be perfect, and she is absolutely perfect,” Nicholson says. “But in the back of my mind, it’s always going to be there.”

There are thousands of children like Nicholson’s daughter entering the education system. Dr. Stephen Patrick, a neonatologist in Nashville, says schools and early childhood programs are on the front lines now.

“You hear teachers talking about infants with a development delay,” he says. “I just got an email this morning from somebody.”

Studies haven’t proven a direct link between in utero exposure to opioids and behavior problems in kids. And it’s challenging to untangle which problems might stem from the lingering effects of maternal drug use, as opposed to the impacts of growing up with a mother who struggles with addiction and perhaps unemployment and housing instability as well. But Patrick, who leads the Center for Child Health Policy at Vanderbilt University, says that is what his and others’ ongoing research wants to find out.

As states, cities, counties and even hospitals go after drug companies in court, Patrick fears these children will be left out. He points to public discussion of pending settlements and the settlement deals struck between pharmaceutical companies and the state of Oklahoma, which make little or no mention of children.

Settlement funds could be used to monitor the health of children who had NAS, to pay for treatment of any developmental problems, and to help schools serving those children, Patrick explains.

“We need to be in the mix right now, in schools, understanding how we can support teachers, how we can support students as they try to learn, even as we work out was there cause and effect of opioid use and developmental delays or issues in school,” he says. 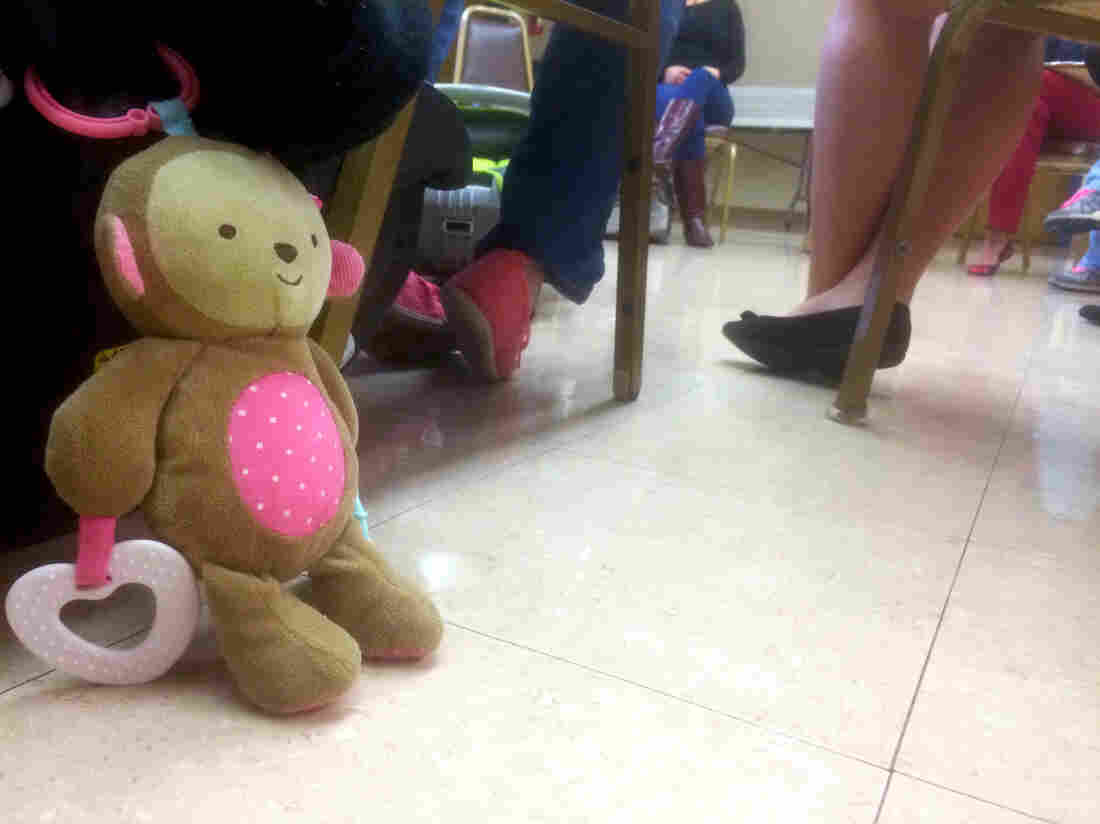 New mothers in recovery for opioid addiction meet with a support group in Oak Ridge, Tenn. Most had newborns who endured drug withdrawals at birth, known as neonatal abstinence syndrome.

But it’s a nuanced problem with no consensus on where money is most needed, even among those who have been working on the problem for years.

Justin Lanning started Nashville-based 180 Health Partners, which works with mothers at risk of delivering a baby dependent on opioids. Most are covered by Medicaid. And those Medicaid departments in each state pay for most of the NAS births in the U.S.

“We have a few departments in our country that can operate at an epidemic scale, and I think that’s where we have to focus our funds,” he says.

Lanning sees a need to extend government-funded insurance for new mothers, since in states like Tennessee that never expanded Medicaid, these moms can lose health coverage just two months after giving birth. That often derails the mother’s own drug treatment funded by Medicaid, he says.

“This consistency of care is so key to their recovery, to their productivity, to their thriving,” Lanning says of new mothers in recovery.

Nicholson now has a job at 180 Health Partners, assisting and mentoring pregnant women struggling with addiction. Nicholson says their biggest need is a stable place to live and reliable transportation.

“I just feel kind of hopeless,” she says. “I don’t know what to tell these women.”

There are many needs, Nicholson says, but no simple fix. Those who work with mothers in recovery fear any opioid settlement money may be spread so thin that it doesn’t benefit their children — the next generation of the crisis.