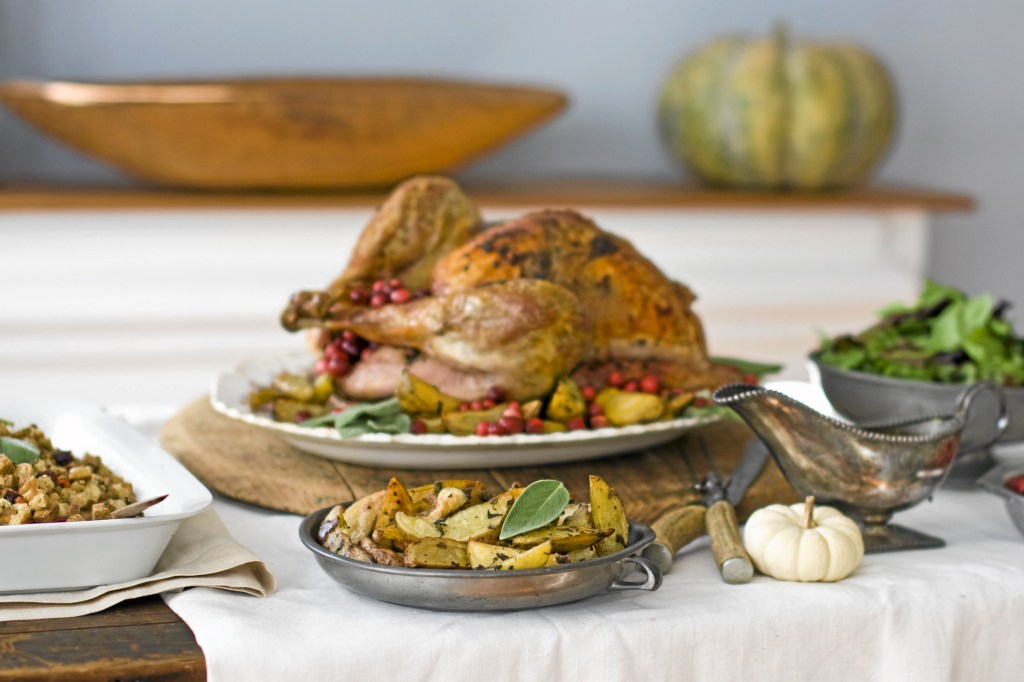 With turkey day quickly approaching, the Humboldt County Department of Health and Human Services is offering up tips to keep residents happy and healthy.

“DEH wants everyone to have a healthy holiday season and proper food handling goes a long way in preventing easily avoidable illnesses,” said Amanda Ruddy, a supervising environmental health specialist with the county, in a news release.

The local health department and the national Centers for Disease Control and Prevention recommend four simple steps to lessen the chance of foodborne illness: Clean, separate, cook and chill.

Clean your hands with warm, soapy water for at least 20 seconds before and after handling food. Thoroughly wash all surfaces, utensils and dishes with hot, soapy water and rinse with hot water before and after each use. Wash fruits and vegetables under cool, running water even if you plan to peel them to prevent the spread of bacteria.

It is important to avoid cross-contamination. To do that, keep fruits and vegetables away from raw meat, poultry, eggs and seafood. Also, keep raw animal products separate from each other. Frozen turkeys and other meat should be thawed in the refrigerator, in a sink with cool water that is changed every 30 minutes, or in the microwave. Use a clean spoon to taste food as it’s cooked or ladle a small amount into another dish.

Cook food to proper temperatures. For the turkey, set the oven temperature no lower than 325 F, and be sure turkey is completely thawed before cooking. Use a food thermometer to make sure the internal temperature of the turkey is at least 165 F at the thickest part. Cooking times will vary. For optimal safety, cook stuffing outside the turkey in a casserole dish.

For more information about food safety, call the Food and Drug Administration Safe Food Information Line at 888-723-3366 or the U.S. Department of Agriculture Meat and Poultry Hotline at 888-674-6854. Holiday food safety tips are also available at www.foodsafety.gov.