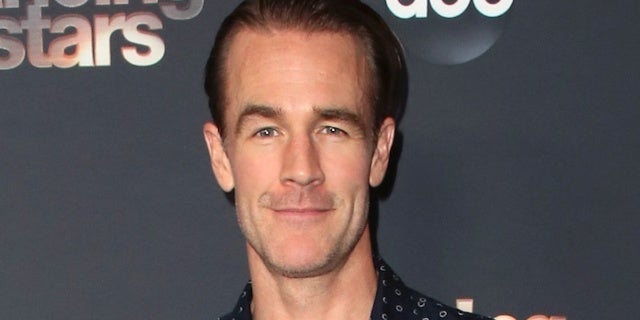 James Van Der Beek is the latest star to show off his body transformation after appearing on Dancing With the Stars, sharing a pair of shirtless selfies on Wednesday that showed off a leaner physique thanks to hours in the ballroom.

“Fight training vs. dancing…” the actor wrote. “I’d been training in Muy Thai three days a week for about six months (for the next project I’m writing) when I hit pause to dance six hours a day. Now I can rhumba.”

Fellow contestants Lauren Alaina and Sean Spicer have also revealed significant weight loss during their time on this season of DWTS, a phenomenon that’s been experienced by many a contestant after hours and hours of rehearsal.

Van Der Beek was eliminated from DWTS during the semifinal round, the same week that he revealed his wife, Kimberly, had suffered a miscarriage.

“My wife Kimberly and I went through every expecting parent’s worst nightmare,” the actor said in a video package. “We lost the baby. The little soul that we had expected to welcome into our family took a shortcut to whatever lies beyond.”

“You never know why these things happen, that’s what I’ve been telling my kids. All you know is that it brings you closer together, it breaks you open, it opens up your heart, it deepens your appreciation,” he added. “It makes you more human.”

During DWTS‘ season finale on Monday, Van Der Beek told PEOPLE that he and Kimberly are “hanging in there.” “We have so much love and support and we appreciate it,” he said.

The actor also offered an update on his wife’s health after Kimberly nearly died miscarrying the couple’s child.

“Kimberly is getting there,” he said. “It’s been physically really, really tough. Way tougher than any of the births. It was a really scary situation.”

James and Kimberly are parents to Gwendolyn, 1, Emilia, 3, Annabel, 5, Joshua, 7, and Olivia, 9. After his elimination last week, Van Der Beek shared an emotional Instagram post further opening up about his family’s loss.

“Wrecked. Devastated. In shock. That’s how we’re feeling right now after the soul we thought were going to welcome into our family in April… has taken a short cut to whatever lies beyond this life,” he wrote. “We’ve been through this before, but never this late in the pregnancy, and never accompanied by such a scary, horrific threat to [Kimberly] and her well-being.”

“Grateful that she’s now recovering, but we’ve only just begun unpacking the layers of this one,” he continued. “Thank you to all of our friends and co-workers (and dance partners) who have shown up for us so beautifully during this time. As many of you have said, “There are no words…” and it’s true. Which is why in a time like this it’s enough to know that you’re there. Grieving AND counting our blessings today.”

WAIT! Subscribe to GroupChat, PopCulture.com’s official Reality TV podcast! Check it out by clicking here or listen below.

HIT play and listen to GroupChat’s new Episode 14! We’re digging into ‘Dancing With the Stars’ winner, ‘America’s Got Talent’ had two major exits, Dog the Bounty Hunter is in a new movie role and Angelina Pivarnick’s wedding got messy when her ‘Jersey Shore’ stars roasted her in their speeches! Stay tuned and make sure to subscribe!