January 26, 2020
Trending
Home Health News More than 140,000 people worldwide died from measles last year, most of them younger than 5 – CNN

Most deaths were among children younger than 5, according to WHO.
The number of deaths last year was an increase from the estimated 110,000 measles-related deaths that occurred in 2017, based on WHO data.
The new report, released on Thursday, was based on public health data from the WHO, CDC and the United Nations Children’s Fund. Even though the global numbers of measles cases and deaths have declined in two decades, there is more work needed before the measles viruses can be eliminated worldwide.
“I’m not so much surprised as I’m disappointed,” Dr. Robin Nandy, principal adviser and chief of immunization at UNICEF, said of the report’s findings.
Nandy added that the best way to prevent measles from spreading is to get vaccinated against the virus, but levels of vaccination coverage recently have stalled in “almost all” regions of the world, according to the report.
“We shouldn’t be in this position in 2019 when we have had a safe and inexpensive vaccine for decades,” he said. “We’re seeing outbreaks in very different contexts and different types of countries … irrespective of income level of country.”
Measles is a highly contagious disease caused by a virus, which can spread through the air when an infected person coughs or sneezes or if someone comes into direct contact or shares germs by touching the same surfaces. Measles symptoms may include high fever, cough, runny nose, watery eyes and a rash of red spots.
The World Health Organization’s Global Vaccine Action Plan, which the World Health Assembly endorsed in 2012, calls for the elimination of measles by next year in at least five of six regions of the world: African region, region of the Americas, south-east Asia region, European region, Eastern Mediterranean region, and Western Pacific region.
“The fact that any child dies from a vaccine-preventable disease like measles is frankly an outrage and a collective failure to protect the world’s most vulnerable children,” Dr. Tedros Adhanom Ghebreysus, director-general of the World Health Organization, said in a press release that accompanied the new report.
“To save lives, we must ensure everyone can benefit from vaccines – which means investing in immunization and quality health care as a right for all,” he said.
The report estimated that during 2000 to 2018, measles vaccination averted about 23.2 million deaths.
The report found that the estimated number of measles deaths decreased 73% globally, falling from 535,600 in 2000 to 142,300 deaths in 2018.
The report also found that, during that same time period, the number of reported measles cases dropped 59%, from 853,479 to 353,236 cases, and measles incidence decreased 66%.
Yet in just the past couple of years, between 2016 and 2018, the reported number of cases and incidence actually increased, rising from 132,413 cases in 2016. Compared with 2016, the number of measles cases increased 167% globally, according to the report.
Increased measles cases and outbreaks within the past couple of years occurred mostly among unvaccinated people, including school-aged children and young adults, according to the report. WHO recommends two doses of the measles vaccine for immunization. 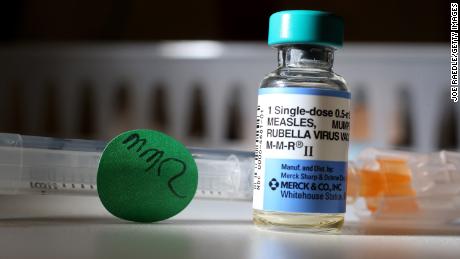 WHO recommends that at least a 95% vaccination coverage with two doses of measles vaccine is needed to prevent outbreaks and protect people from the disease.
The report estimated that, between 2000 and 2018, the percentage of people who received their first dose of the measles vaccine increased globally from 72% to 86%. The percentage of people worldwide who received their second dose of the measles vaccine increased from 18% to 69%, largely because of an increase in the number of countries providing a second dose, according to the report.
“This report proves there is stagnation in coverage,” Nandy said.
“Each year, children who are unvaccinated contribute to the number of susceptible children in communities and their continued accumulation results in outbreaks,” he said. “This is a crisis and needs to be taken as a warning sign to improve the performance of immunization programs globally.” 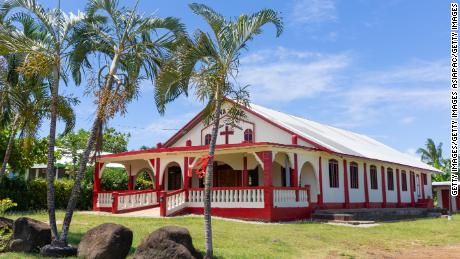 Even though the new report has shown progress in reducing measles cases in certain regions of the world, there are still some other regions where there has been a rise in cases — and that remains concerning, said Dr. Peter Hotez, dean of the National School of Tropical Medicine at the Baylor College of Medicine in Houston, who was not involved in the report but is currently writing a book about vaccines and disease.
“Measles is typically the first disease to return when there are interruptions in vaccinations because it is so highly contagious,” said Hotez, who is also co-director of the Texas Children’s Hospital Center for Vaccine Development.
“So the fact that measles is now returning in some areas is an indication that our vaccine ecosystem is fragile and in some areas breaking down despite general gains,” he said.
Hotez added that, no matter where you are in the world, there are specific factors that can play a role in driving the resurgence of measles: war, political collapse, climate change and anti-science or anti-vaccination movements.
Some areas that have seen a combination of those factors include Venezuela, Democratic Republic of Congo, Philippines, Arabian Peninsula and Samoa, he said, adding, “Therefore I believe we need to urgently reassess this situation and recognize the importance of confronting these determinants, especially the anti-vaccine movement.”
The government of Samoa shut down for two days this week so that all civil servants — except for those who help supply water and electricity to the country — can participate in a vaccination campaign by offering assistance to public health officials to help quell a deadly measles outbreak.
Because of the outbreak, schools have been closed indefinitely since mid-November and children have been banned from public gatherings and places were people congregate.
More than 4,200 cases of measles have been reported across the Pacific island nation in recent weeks, including 62 deaths — with two fatalities in the last 24 hours, according to official statistics. None of the victims were vaccinated, the government said.

CNN’s Joshua Berlinger and Isaac Yee contributed to this report.

Call it what you will: An eating plan, a lifestyle, a diet, a philosophy, …