As of December 17, there were 2,506 hospitalized cases of lung injury linked to vaping in the United States, the US Centers for Disease Control and Prevention said on Thursday.
Vaping injuries have been reported in all 50 states, the District of Columbia, Puerto Rico and the US Virgin Islands. 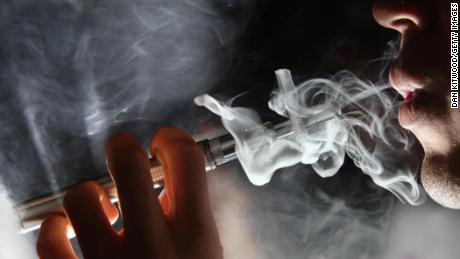 The CDC on Thursday also reported 54 confirmed deaths in the District of Columbia and 27 states: Alabama, California, Connecticut, Delaware, District of Columbia, Florida, Georgia, Illinois, Indiana, Kansas, Louisiana, Massachusetts, Michigan, Minnesota, Mississippi, Missouri, Montana, Nebraska, New Jersey, New York, Oregon, Pennsylvania, Rhode Island, South Carolina, Tennessee, Texas, Utah, and Virginia.
The CDC’s previous report on the outbreak of vaping-related lung injuries, released on December 12, recorded 2,409 hospitalized cases of lung injury linked to vaping and 52 deaths. The CDC recently decided to include only cases that resulted in hospitalization. As a result, CDC this month removed 175 non-hospitalized cases from its previously reported national case counts.
The median age of deceased patients was 52 years and they ranged from 17 to 75. More deaths are under investigation, the agency said.
Data suggest the outbreak might have peaked in mid-September, the CDC said, but states continue to report new cases and deaths to the agency on a weekly basis. 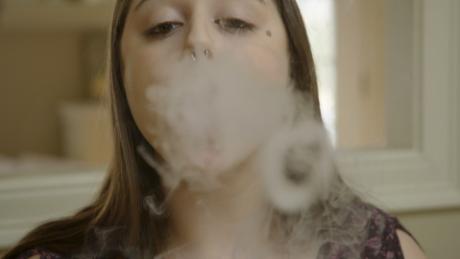 The CDC and US Food and Drug Administration recommend that people not use e-cigarette products that contain THC. While it appears that vitamin E acetate, a thickener used in some vaping products, is linked to the lung injury cases, there are many different substances and product sources that are being investigated, and there may be more than one cause, the CDC said.
Findings from the annual Monitoring the Future survey, released on Wednesday, found that vaping marijuana has been on the rise among youth, with 20.8% of 12th graders reporting vaping marijuana in the past year, 19.4% of 10th graders and 7% of eighth graders.
“We predict that next year that awareness that vaping of THC is associated with these acute lung injuries may lead to actually a reduction of vaping among teenagers,” Dr. Nora Volkow, director of the National Institute on Drug Abuse, previously told CNN.
“We will find out,” she said.