Fitbit devices, designed to help individuals live a healthier lifestyle, can even help prevent the spread of the flu in real time by predicting when users are about to get sick, a new study suggests.

Researchers found that resting heart rate and sleep data from these wearable devices can be used to predict outbreaks of the contagious repository illness more accurately than current surveillance methods.

The study, published in “The Lancet Digital Health” journal, was funded by the National Institutes of Health and conducted by researchers from the Scripps Research Translational Institute, which partnered with Fitbit in 2019.

“Responding more quickly to influenza outbreaks can prevent further spread and infection, and we were curious to see if sensor data could improve real-time surveillance at the state level,” said Jennifer Radin, who co-authored the study.

Traditionally, current surveillance methods can last anywhere between one to three weeks, which can prolong the process of “quick outbreak response measures” such as deploying vaccines or advising people to stay home rather than go into the office, the findings suggest. The technology found within these devices, however, can improve this lag, according to the study.

“In the future as these devices improve, and with access to 24/7 real-time data, it may be possible to identify rates of influenza on a daily instead of weekly basis,” Radin added.

In the United States, approximately 7 percent of working adults and 20 percent of children younger than 5 years old are affected by the flu every year, the study said. Worldwide, annual epidemics of the flu result in roughly three to five million cases of severe illness and leads to about 290 000 to 650 000 respiratory deaths, according to the World Health Organization.

And although these at-home devices from Fitbit, which was recently acquired by Alphabet Inc.’s Google, can be seen as a breakthrough in the advancement of human health, some experts say people should solely rely on these devices for medical assistance.

“Although this stuff is accurate. What bothers me on a grander scale is it gives people a false sense of security,” said Philip Rosenthal, a digital forensic expert. “When they start publishing these kinds of studies, people will go, ‘Well, I’ll just get a Fitbit’ and they won’t go to the doctor and get a flu shot, it’s dangerous. 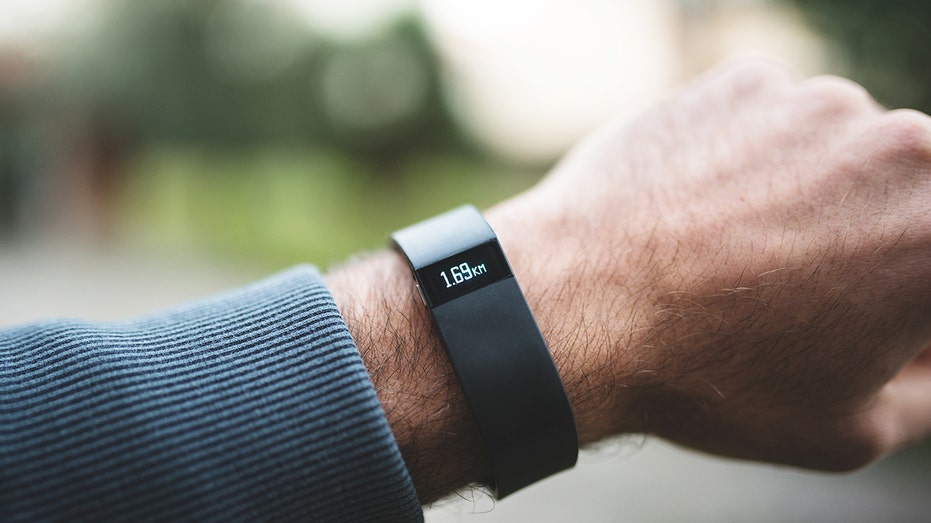 Rosenthal told Fox Business that these devices can be fun and add to the safety of users but they shouldn’t replace a doctor.

“It’s a fun adjunct to your overall health care but it shouldn’t replace your health care and you have to take it with a grain of salt,” Rosenthal said.

During this time, researchers tracked a users’ average resting heart rate and sleep duration, including deviations, in order to identify when these measures were outside of a user’s typical range.

“When a person gets sick, there resting heart rate should increase compared their individual norm and often when you are sick you don’t feel well and you might not be as active as you typically would be, your sleep might be disrupted, you typically stay in bed longer,” Radin said.

According to the authors of the study, this is the first time heart rate trackers and sleep data have been used to an infectious disease such as the flu, in real time.

However, a Fitbit spokesperson told Fox Business Friday that for more than 12 years, the company has shown how “wearables” can help users get healthier.

“Clinical researchers are using wearables to pioneer new ways around how we understand, prevent, and treat disease and identify better approaches to keep people healthy and deliver more meaningful health outcomes,” the spokesperson for Fitbit said.