More modern reports refer to hair turning prematurely white in survivors of bomb attacks during World War II, while an Australian airline pilot saw his hair go gray in the months after landing a plane following a failure of all four engines in the early 1980s.
While there’s been plenty of anecdotal evidence suggesting premature graying can be caused by extreme stress — whether this is true and how this happens isn’t widely understood.
Now, Harvard University scientists think they have the answer — at least in mice.
The group of researchers believe it’s down to the animal’s sympathetic nervous system — which is best known for activating our “fight or flight” response to danger, they say. 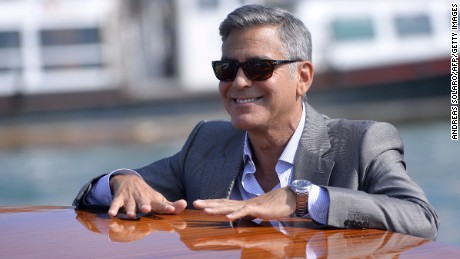 “Under stress, our sympathetic nerve becomes highly activated,” said Ya-Chieh Hsu, associate professor of stem cell and regenerative biology at Harvard, in an email. “And actually, activation of the sympathetic nervous system under stress is supposed to be a good thing.”
Its activation triggers the “fight or flight” response through the neurotransmitter norepinephrine, or noradrenaline, explained Hsu, a senior author of the study published Wednesday in the scientific journal Nature. “Noradrenaline raises our heartbeat and allows us to react quickly to danger without having to think about it,” he said.
“However, it is the same noradrenaline that turns out to be bad for melanocyte stem cells at a high level, and triggers their loss.”
Melanocyte stem cells are found in hair follicles and determine hair color. In people, the pool of these cells deplete as they age, turning hair gray as pigment depletes. Their loss from excessive noradrenaline could be causing this to happen prematurely, the team suggest.

The team had thought that acute stress might trigger an immune attack on pigment-producing stem cells or that the blame lied with the hormone cortisol because cortisol levels are elevated under stress. Hsu said they went through many different possibilities before focusing on the sympathetic nervous system.
“We were really surprised to find that it was the culprit, because it is normally seen as a beneficial system, or at least transient and reversible,” she said. 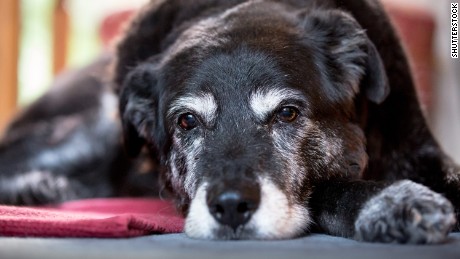 The team put mice under three different types of stress through what Hsu described as established standard protocols. These included a single injection of a chemical to activate the mouse’s pain fiber, cage tilting and rapid changes between light and dark.
Changes were observed in all mice but there was some variability, with white hair only coming out after all the stem cells are gone.
“Some hair follicles have reduced levels of melanocyte stem cells so they can still make pigment, while others have lost all stem cells and can’t make pigment anymore, so the hair becomes white,” she said.
Pigment-producing stem cells and the sympathetic nervous system are very similar in mice and humans, explained Hsu who was hopeful that the mechanisms would be related. But future studies would be needed to provide definitive evidence, she said.
“Everyone has an anecdote to share about how stress affects their body, particularly in their skin and hair — the only tissues we can see from the outside,” Hsu said in a news release.
“We wanted to understand if this connection is true, and if so, how stress leads to changes in diverse tissues. Hair pigmentation is such an accessible and tractable system to start with — and besides, we were genuinely curious to see if stress indeed leads to hair graying.”
Hsu said the findings may also help shed light on the effects of stress on various organs and tissues, and pave the way for new studies that seek to modify or block the damaging effects of stress.
In an accompanying article, Shayla Clark and Christopher Deppmann, researchers from the Neuroscience Graduate Program at the University of Virginia, who were not involved in the study, said it was interesting to consider what possible evolutionary advantage might be conferred by stress-induced graying.
“Because grey hair is most often linked to age, it could be associated with experience, leadership and trust. Perhaps an animal that has endured enough stress to ‘earn’ grey hair has a higher place in the social order than would ordinarily be conferred by that individual’s age,” they wrote.

It feels good to close the door on 2020 and welcome a fresh start. Most of us will probabl…

It feels good to close the door on 2020 and welcome a fresh start. …

The US surpassed 80,000 daily hospitalizations on November 19 and set new records steadily …

You’re reading a Quartz member-exclusive story, available to all readers for a limited time. …