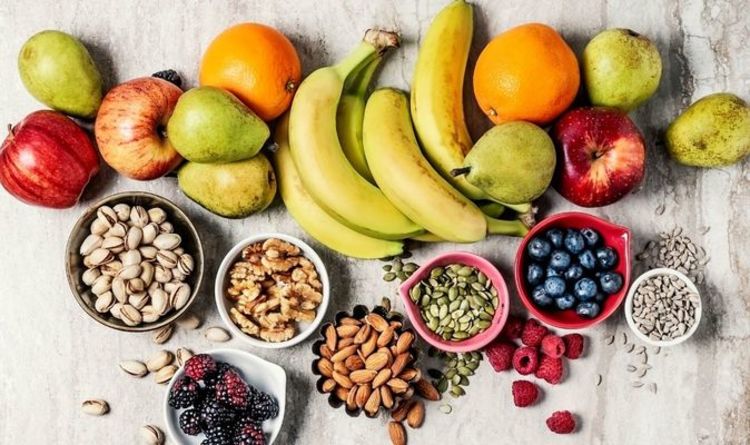 Weight loss can be a daunting journey for many and some may find that they are not losing as much weight as they should be. Many people find themselves mindlessly snacking because of certain emotions or situations like boredom. However an expert has revealed some snacking tips that people should be mindful of when they are trying to achieve weight loss.

Nutrition expert Dr Michael Mosley told the Express.co.uk: “At the heart of weight gain is the hormone, insulin. One of the main reasons why so many people struggle to lose weight is not because they are idle or greedy but because their muscles have become resistant to insulin.

“Insulin is a hormone produced by your pancreas. It controls your blood sugar levels, but it does far more than that. It also controls fat storage.

“When you eat a meal, particularly one that is rich in sugary carbs, your insulin levels go up.”

Also another reason why many people are not seeing weight loss results as quick as they wish to is because regular snacking builds up your calorie intake.

Here are some low fat snacks that could help you last from meal to meal.

Dr Mosely said: “At 21 calories a serving, miso soup is very nutritious, warming, tasty and comforting. It is a great way to fill up between meals. It is also very convenient to pop a sachet into a work bag – as all you need to do is add boiling water.”

The nutrition expert explains how vegetable sticks are a great option to snack on.

He says: “There are so many varieties to opt for too – so you could vary your snacks to avoid boredom. Try slices of a tricolour of peppers; carrot batons; celery sticks; or florets of cauliflower, and because they are fibrous too, they will make you feel fuller between meals.”

Dr Mosely also recommends brushing your teeth as soon as you have had your last meal of the day. He says it will help you keep away from all the snacks and it indicates that it is the end of the day.

When trying to achieve weight loss, many people often do it through a diet.

Dr Micheal Mosely founded the healthy lifestyle plan known as The Fast 800. There are three different lifestyle plans which he recommends trying to achieve weight loss.

The first way is known as The Very Fast 800. This involves eating 800 calories a day for a minimum of two weeks.

However it is important to consult a doctor or dietician before undertaking any major diet as everyone’s body is different and requires a different amount of calories. It may not be healthy for your body to have a sudden decrease in calorie intake so quickly.

One way is the 5:2 diet. This is known as intermittent fasting. For two days a week, you can eat 800 calories, these are known as fasting days. For the other five, you can eat what you wish, sticking to a healthy balanced diet.

One is the Way of Life. This involves eating a healthy Mediterranean-style diet. This doesn’t involve calorie counting, just portion control. Portion control will help reduce your daily calorie intake while still eating the same foods.