Home Healthy Eating Too much of a good thing: Dangers of overindulging in 'healthy' foods – USA Today 10Best

If you’re eating “healthy,” it’s easy to let down your guard a bit when it comes to portion control. But you know what they say about too much of a good thing.

Overindulging on tofu might not seem as problematic as eating too much ice cream, but even the healthiest foods in the world can have unsavory effects on your body. From gas and bloating to changing skin color, here are the dark sides to overeating some of what we traditionally think of as healthy.

Watch out, or your skin might turn as orange as the flesh of a sweet potato — Photo courtesy of iStock / zeleno

Chefs and home cooks alike have been swapping out starchy white potatoes for their sweeter, orange-hued cousins for much of the past decade, because sweet potatoes are so nutritionally dense. Loaded with Vitamins C, B1, B2 and B6, along with copper, manganese and pantothenic acid, these humble root vegetables do a body good.

That is, unless you overdo it. The same beta-carotene that helps protect human skin from the signs of aging and gives sweet potatoes their trademark bright glow can literally turn your body orange if consumed in great enough quantities. An orange tinge can begin to appear in skin – especially at joints like knuckles or elbows – if you subsist too greatly on this healthy vegetable.

How much is too much: Carotenemia is a slow burn, usually requiring daily consumption to build to the point that skin pigmentation is affected. Cut back on sweet potatoes and other beta carotene-rich foods like carrots, and your skin should soon return to its normal hue. 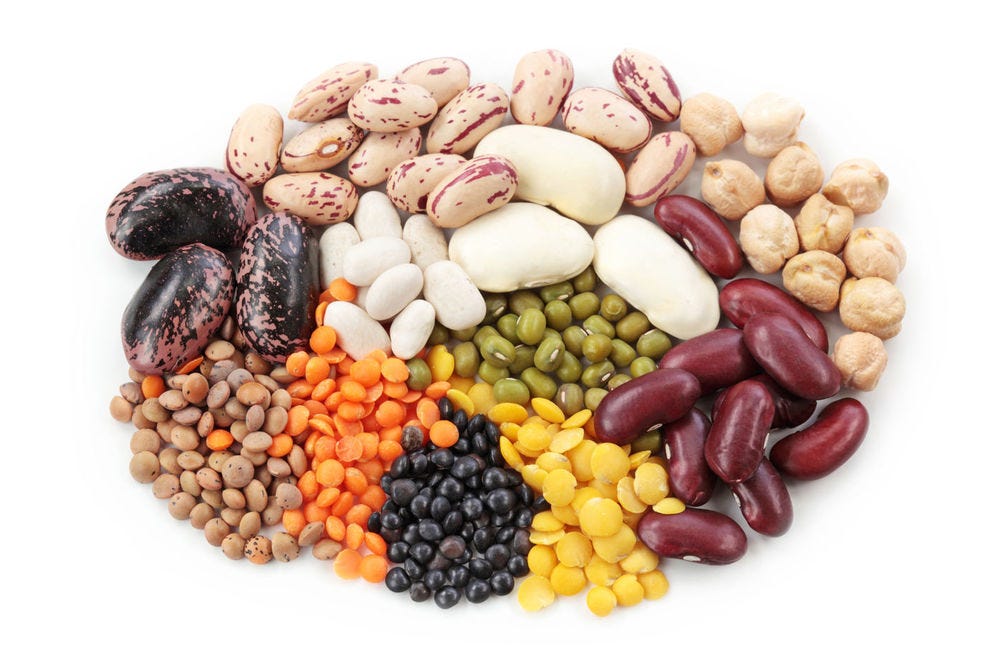 Not such a magical fruit after all? — Photo courtesy of iStock / egal

Don’t make me spell out the old limerick for you, alright? Beans – whether they be black, lima, kidney or even garbanzo – are frequently praised for their ability to help us feel full for longer periods after eating a meal. How do they do it? It’s all thanks to beans’ unique makeup, which balances generous amounts of both fiber and protein. But if you lean too heavily upon beans in your diet, things can go south pretty quickly. And the effects can be worse than you might suspect!

Sure, gas and bloating are an unpleasant byproduct of a meal rich in beans, but excessive fiber consumption can actually block absorption of nutrients like iron, magnesium, zinc and calcium almost entirely. This is because fiber acts as a binding agent, taking these nutrients with it like cargo when passing through your system. Maybe someone should update the old rhyme after all?

How much is too much: It’s possible to feel the effects of fiber-rich beans after a single meal if you’re not mindful of portion control. Balance your bean intake with plenty of water. 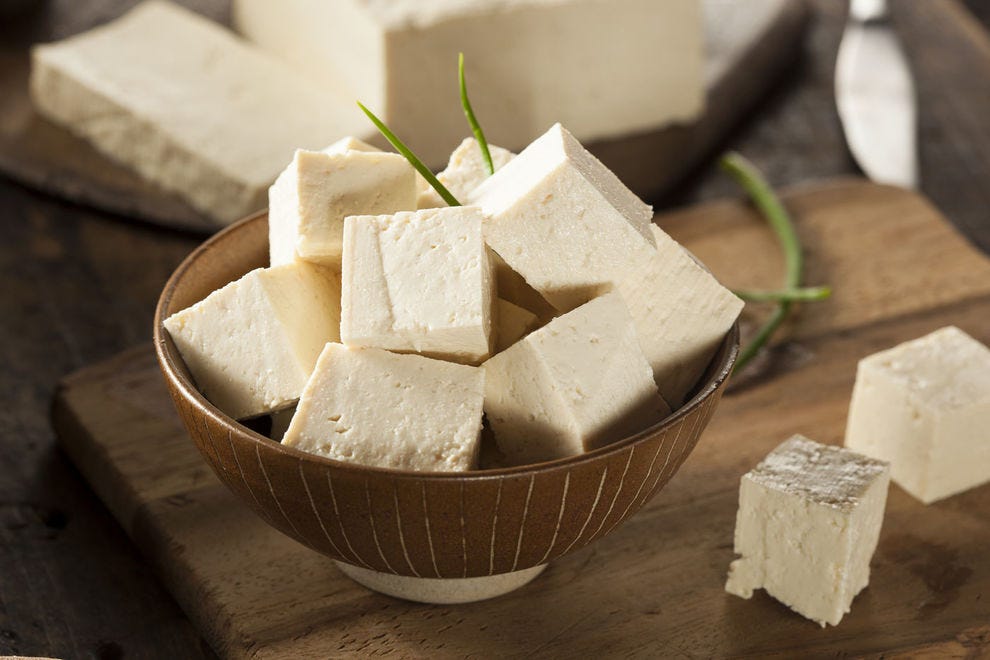 Here’s another food that vegans and vegetarians frequently tap to fill the protein portion of their plates that would otherwise be occupied by a piece of meat. Tofu rightfully earns its ranking at the top of the global health food pyramid, unique in its composition containing all nine essential amino acids. But that’s not all tofu has going for it. The soybean product is rich in calcium, manganese and selenium, with a smattering of vitamins along for good measure.

But too much soybean consumption can actually prevent your body from absorbing and processing protein at all, thanks to the legume’s high levels of trypsin and protease inhibitors.

There’s a silver lining here, at least: contrary to popular belief, the high levels of estrogen-like compounds in soy will not, in fact, cause men to grow breasts. Phew.

How much is too much: Consume more than 4 servings of soy a day and you could start to experience some less than savory side effects. 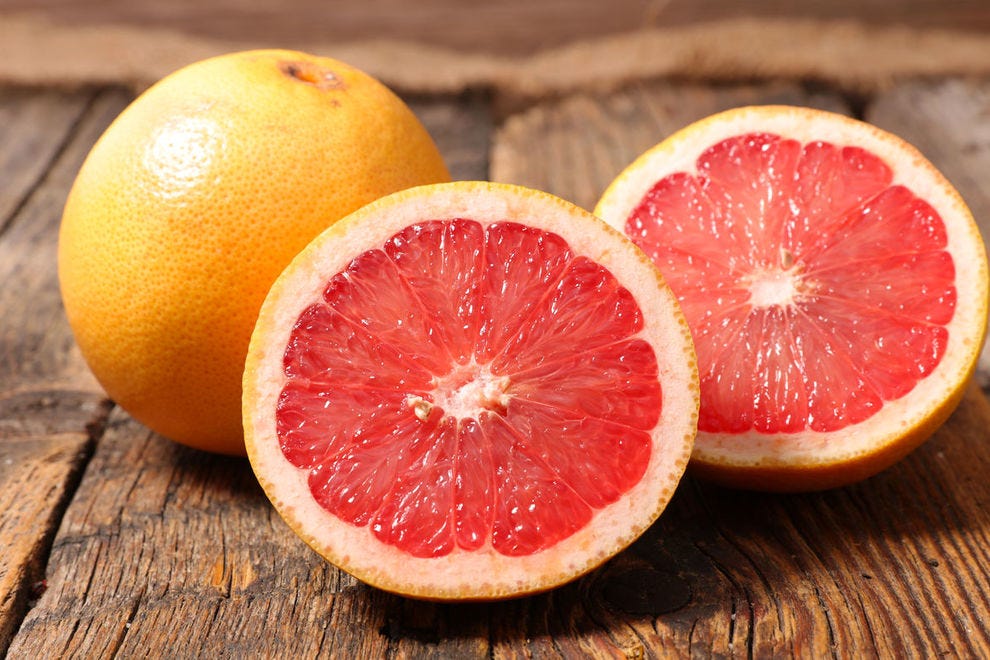 Tart, fresh grapefruit has long been a regular fixture of the healthy breakfast table, praised for its low sugar content, even as it possesses many of the immune-boosting abilities of the general citrus family.

But while the fruit’s lycopene, potassium, fiber and vitamin C help maintain your cardiovascular health, people who rely on certain prescription drugs may need to avoid the fruit entirely. That’s because the fruit interferes with an enzyme in the intestinal track, exaggerating the effects of some medications.

How much is too much: Grapefruit should be avoided entirely by those taking certain prescription drugs. Consult with a doctor about how it may interact with your medicines. 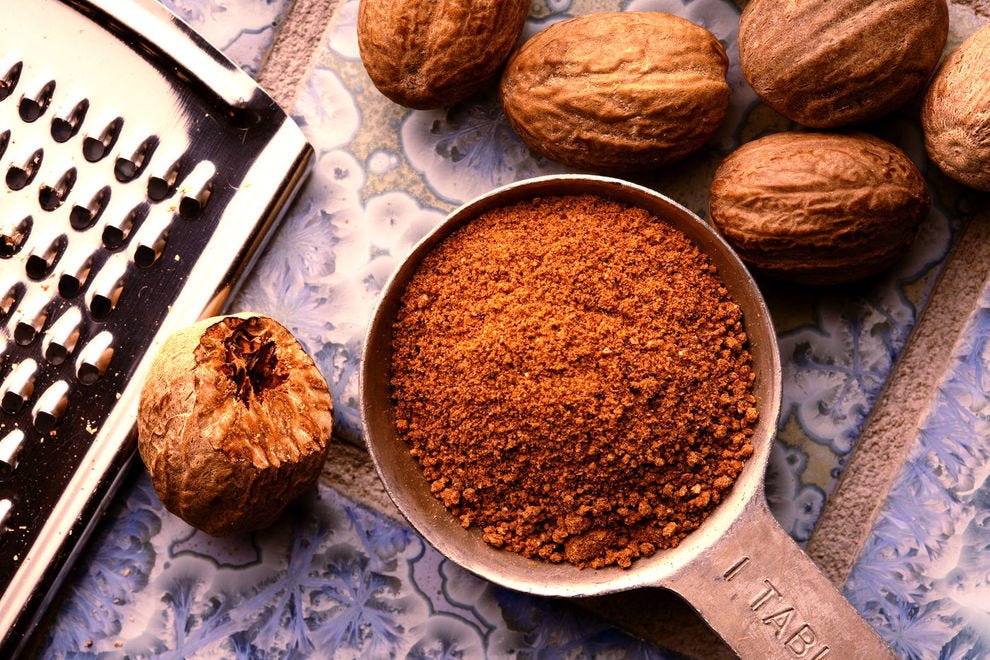 This spice is frequently offered up as an alternative coffee-topper for those looking to cut down their sugar consumption. True enough, spices like cinnamon and nutmeg can deceive your brain into believing that your taste buds are encountering something sweet. As such, nutmeg makes its way into a fair number of weight-loss supplements and healthy meals.

But before you go hitting every pumpkin spice latte with a heavy dusting of nutmeg this autumn, you might want to know that overindulgence in this spice can trigger everything from mild behavioral changes to actual out-of-body experiences and powerful dizziness.

How much is too much: It takes about two teaspoons to really feel the effects, but people who have hit that threshold describe the experience as feeling “comatose” or like their body was “encased in mud.” Maybe just stick to cinnamon? 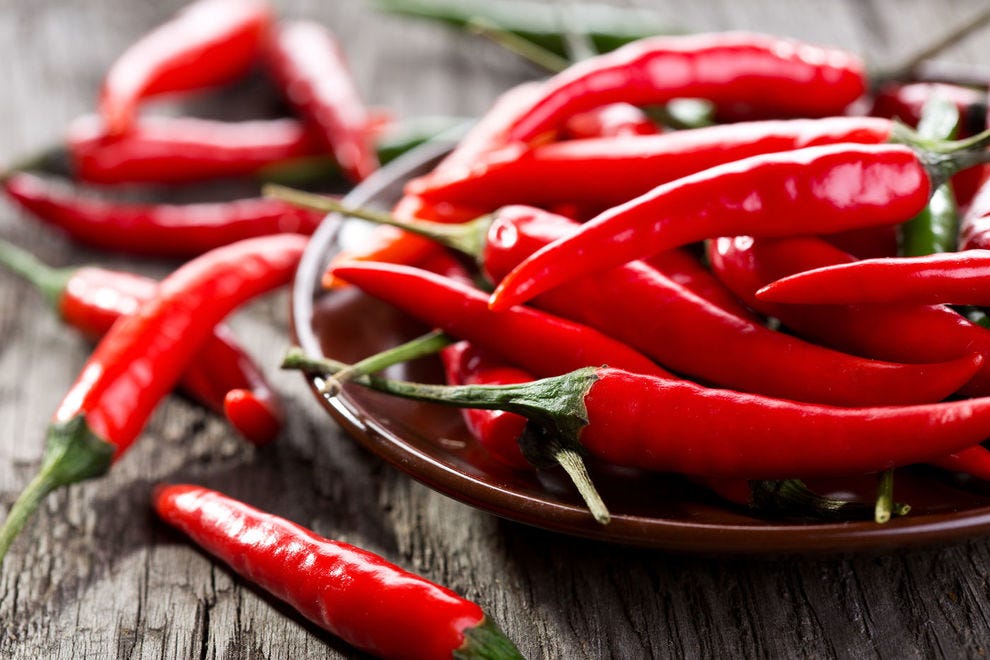 Enjoyed across the entire world both in casual, everyday cooking and competitive eating contests alike, chilis are a vital source of nutrition for a significant portion of the world’s population. The high levels of antioxidants in peppers are powerful immune system boosters and anti-aging assisters, but the singular star of the chili’s genetic makeup is capsaicin.

Regular capsaicin ingestion is credited with decreasing the risk of heart disease and lowering blood pressure. But you might want to restrict dousing your plate in hot sauce to breakfast and lunch. That’s because capsaicin consumption disrupts your body’s natural sleep cycle by triggering spikes in body temperature. So all of you night owls and insomniacs out there, consider stepping away from the peppers.

How much is too much: As with everything, consume peppers in moderation, as too many can result in nausea, diarrhea and abdominal pain.