Here are the latest updates:

The Hong Kong government has sent a special flight to India to take residents back to the semi-autonomous Chinese city.

The flight is expected to arrive in Hong Kong at around 08:00 GMT on Thursday, according to a statement from the Hong Kong government. It is unclear how many Hong Kong residents are taking the special flight.

04:42 GMT – China to offer some debt relief to African countries

“I am confident that humanity will ultimately defeat the virus, and Chinese and African people will embrace better lives in future,” said Xi when making remarks on China-Africa’s joint efforts to fight against the coronavirus.

China is willing to give priority to African countries once COVID-19 vaccines are ready to use, Xi added.

Australian National University and Canberra University said Thursday they expect the chartered aircraft to fly to Canberra from Singapore in late July.

Priority will be given to students involved in research that cannot be done online. The students will be quarantined at a hotel for two weeks. They are likely to be the first foreign students to return to Australian campuses since the lockdown.

South Korea has reported 59 COVID-19 cases as infections steadily rise in the capital area where half the country’s 51 million people live, according to the Associated Press.

The figures announced on Thursday by South Korea’s Centers for Disease Control and Prevention bring the national caseload to 12,257, including 280 deaths.

The agency says 39 of the new cases are in Seoul and the surrounding region, where authorities are trying to stem transmissions amid increased economic activity and eased attitudes on social distancing.

Eight new cases were linked to international arrivals. The country has at least 12,257 cases and 280 deaths.

South Korean police officers stand guard during an event to commemorate the upcoming 70th anniversary of the Korean War, near the entrance of the 14th-century Gyeongbok Palace is Seoul [Ahn Young-joon/AP]

The number of confirmed coronavirus cases in Germany increased by 580 to 187,764, Reuters news agency reported on Thursday quoting data from the Robert Koch Institute (RKI) for infectious diseases.

02:51 GMT – Trump: US will not lock down again amid rising coronavirus cases

“We won’t be closing the country again. We won’t have to do that,” Trump said in an interview with Fox News Channel.

Restaurants, gyms, schools and other locations closed down in March as the country braced for the coronavirus, which has so far sickened 2.16 million Americans and killed nearly 118,000.

A new study conducted by Chinese and American scientists said that humans may never develop immunity against the coronavirus, the South China Morning Post reported.

The conclusion was based on a non-peer reviewed study looking at whether hospital workers in Wuhan, where the infection was first reported, developed antibodies, after being exposed to the disease.

The report said only 4 percent of the samples studied had developed antibodies as of April. This was based on the assumption that at least a quarter of the more than 23,000 samples tested were infected.

02:02 GMT – UN: Many Jordanians struggling as country emerges from lockdown

Many people in Jordan are struggling to meet basic needs after a more than two-month lockdown to fight the coronavirus pandemic, a UN Development Programme (UNDP) study said, with reports of unemployment expected to rise to 19 percent.

Although Jordan has contained the first wave of COVID-19 and is now reopening most businesses, the full impact of the pandemic is still unfolding in the aid dependent country of 10 million people, the UNDP study said.

Officials have adopted recent estimates by the World Bank that the economy was set to shrink by 3.5 percent this year – the first such contraction since 1990 – compared with an IMF estimate of 2 percent growth before the health crisis. 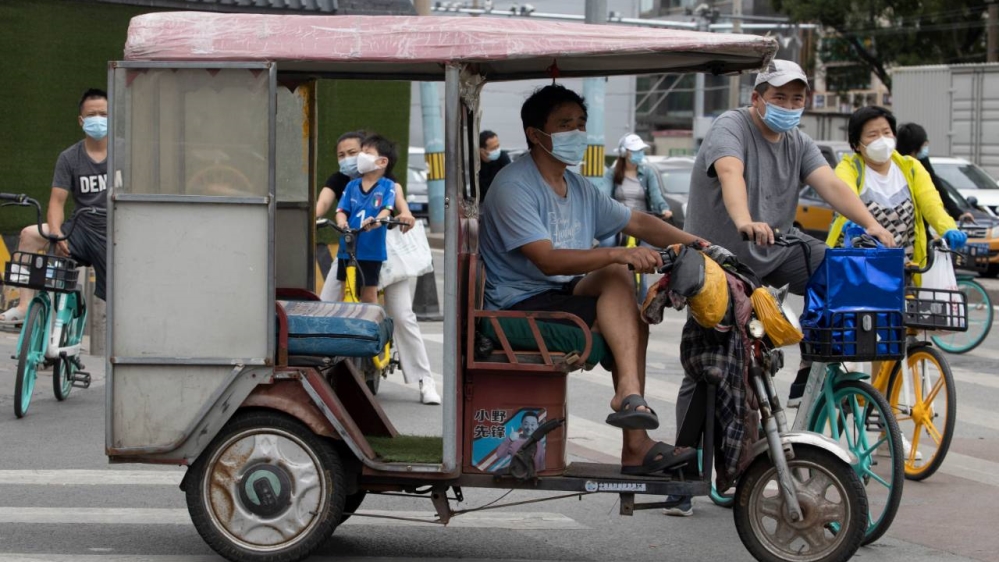 Beijing confirmed 21 new COVID-19 cases as of June 17, China’s health authority said on Thursday, down from 31 a day earlier.

Beijing logged its first case in the current outbreak, the worst in the city since early February, on June 11. The total number of infections has risen to 158 over the past week, according to Reuters news agency.

The novel coronavirus is twice as infectious within households than similar diseases such as SARS, with a substantial number of additional infections spreading before a COVID-19 sufferer shows any symptoms, AFP news agency reported on Thursday quoting a new study.

Using data on 350 COVID-19 patients and nearly 2,000 of their close contacts in the city of Guangzhou, China, the researchers from US and China found that while the average patient had just a 2.4 percent chance of infecting someone they did not live with, that figure jumped to 17.1 percent – around one in six – among cohabitants.

The overall chances of infecting a family member or live-in partner with COVID-19 are twice as high as with SARS, and three times higher than MERS, another coronavirus, they found.

The study suggested that quarantine of asymptomatic patients can help prevent transmission.

The World Health Organization has halted the trial test of the drug hydroxychloroquine to treat the coronavirus.

According to the WHO recent trials showed that the anti-malaria drug does not result in the reduction of mortality of hospitalised COVID-19 patients.

“Patients who have already started hydroxychloroquine but who have not yet finished their course in the trial may complete their course or stop at the discretion of the supervising physician,” the WHO statement said.

Qantas Airways Ltd said on Thursday it had cancelled most international flights until late October after the Australian government indicated its border closure because of the coronavirus was likely to extend to 2021.

“We will still have some flights scheduled across the Tasman in the coming months with the expected travel bubble between Australia and New Zealand,” the airline said in a statement, referring to the Tasman Sea between the countries.

“Should travel between Australia and other countries open up and demand return, we can add more flights back into our schedule,” it added.

Mexico’s health ministry has reported 4,930 new confirmed cases of coronavirus infections and 770 additional fatalities, bringing the total in the country to 159,793 cases and 19,080 deaths.

The government has said the real number of infected people is likely significantly higher than the confirmed cases, according to Reuters news agency. 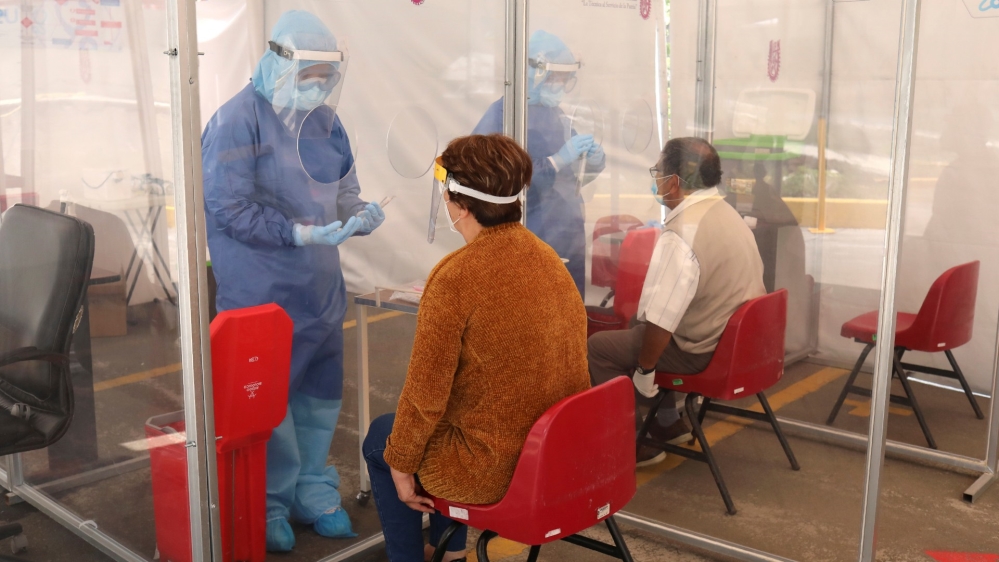 Joe Biden unleashed a stinging critique of President Donald Trump’s response to the coronavirus, calling on Trump to “wake up” to the havoc caused by the pandemic and do more to prevent further harm, AP news agency reported.

“Donald Trump wants to style himself as a wartime president,” the presumptive Democratic presidential nominee said at a recreation centre in the Philadelphia suburbs. “Unlike any other wartime leader, he takes no responsibility; he exercises no leadership. Now, he has just flat surrendered the fight.”

Biden has steadily stepped up his attacks on Trump’s leadership in recent weeks. But his remarks Wednesday were especially sharp, trying to counter the populism Trump hopes to ride to reelection with stern warnings about how dangerous such an approach would be.

The US has topped 2.16 million confirmed coronavirus infections with at least 117,000 deaths, and some states are reporting increases in cases after reopening their economies. 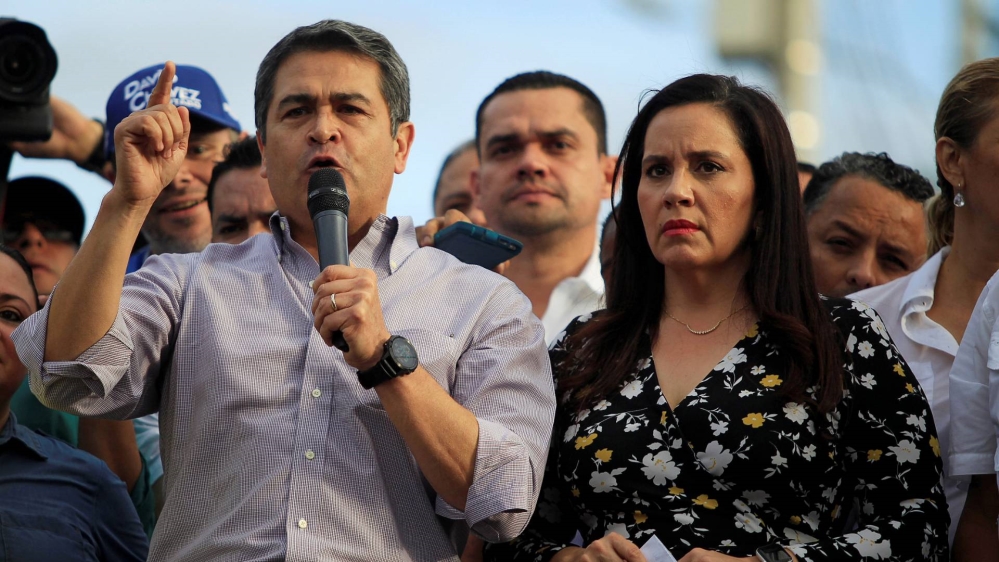 Francis Contreras, a spokesperson for Honduran health agency SINAGER, said that while Hernandez needed specialised medical care in a military hospital, including receiving medicines via intravenous drip, he is generally in good health.

The health news is a fresh blow to the 51-year-old Hernandez, who has come under increasing pressure at home as one of his brothers was swept up by a drug trafficking probe in the United States which has threatened to engulf him too.

“His general health status is good,” Contreras told reporters outside the military hospital. However, he said X-rays of Hernandez have revealed lung problems.

Hernandez’s wife, Ana Garcia, also tested positive for the coronavirus, along with two presidential aides, but has not presented any symptoms of the disease, Contreras said.

Read all the updates from yesterday (June 17) here.