“In partnership with Walgreens, 2,791 samples were collected for processing through the Delaware Public Health Lab in the first week of testing. In the process of results delivery, 12 persons who tested positive for COVID-19 were inadvertently given negative results by phone due to an internal DPH system error,” a statement from the health department said. 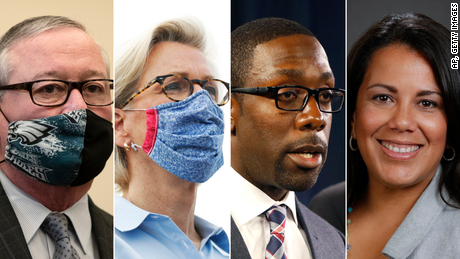 The department said the correct test results were reported into its surveillance system and included in statewide testing numbers and the state’s contact tracing system. The department said it wants to assure the public that this was not an error that occurred on site at the Walgreens testing sites.
Delaware resident Kevin Evans was among the 12 people who received false negative results and is currently hospitalized, Pettyjohn told CNN.
Pettyjohn said testing through the state’s public health lab started at the beginning of last week and that Evans was tested last Friday and got his incorrect test results on Tuesday.

Evans’ family members were told they were negative, wife says

Katey Evans, Kevin’s wife, said in a video posted to Facebook that her husband began feeling ill July 13. She and her husband thought his symptoms may be due to Lyme disease because of ticks on his body and a doctor initially prescribed “a very aggressive round of antibiotics.” The family eventually all got tested for Covid-19 after one of their three daughters was sent home from summer camp with a fever and tested positive.
Katey Evans said in her video that all of her family members received negative test results Tuesday, including the daughter who initially tested positive, leading her to believe that her daughter’s first test was a false positive. However, she said her husband was still feeling ill. On Thursday morning at around 2 a.m., Katey Evans said, he woke up vomiting. 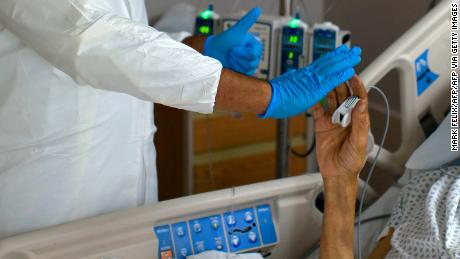 “He got really dehydrated in the middle of the night. He got very dizzy. He was in and out of consciousness. At 3 or 4 o’clock in the morning, I said, ‘I think you need to go to the hospital,'” she recalled.
Kevin Evans was eventually brought to the local hospital by ambulance early Thursday morning. Katey Evans said in the video that she was not initially let inside. While sitting inside her car, she said, she received a call from the hospital saying his Covid-19 results were actually positive.
Pettyjohn told CNN Friday that the hospital had access to the state health department’s testing data and saw the true positive test result that was incorrectly conveyed to Kevin over the phone. Katey Evans said in her video that when she spoke to representatives with the Delaware health department, she eventually got confirmation that a mix-up caused the error and the results were read incorrectly.
“It’s not about reading it as something. It’s black and white. Is it positive or is it negative? This is not about how we interpret these results. They’re black and white on paper — what is right and what is wrong. Because my husband is laying in the hospital and he’s almost to the point of unresponsive right now. And you’re telling me, it’s how you interpreted it? That’s not acceptable, ” Katey Evans said through tears.
When reached for further comment, she referred CNN to a second video statement where she again shared the story of her husband’s ordeal, but also asked for privacy.
“I ask [the media] to respect our privacy so that I can focus on the care of my husband at the hospital, in the hopes that he can come home to us soon,” she said.

After another review, state says all 12 individuals were contacted

Katey Evans says she contacted Pettyjohn when she learned of the error, and he then raised the issue with the department. Pettyjohn said department representatives said they would manually audit the other samples taken where the Evans’ were tested.
Pettyjohn said that to his knowledge, Kevin Evans is the only person who has been hospitalized after receiving an incorrect test result.
The state said in its statement that all 12 people who got false negative results have been notified. It said that, after reviewing all 2,791 samples in question, it was determined that no patients who tested negative were given incorrect results. 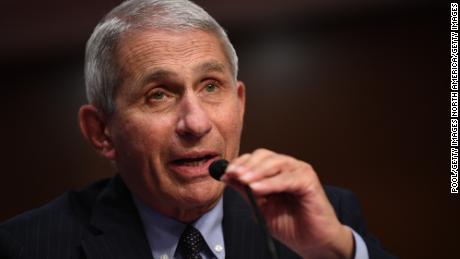 Katey Evans said in her first Facebook video that she eventually learned that her daughter — who initially got a positive test result, then a negative test result when she tested together with their family — was confirmed to be truly Covid-19 positive. Her daughter was also among the 12 people who were given incorrect test results, but is doing well and not showing any symptoms, Katey Evans said in her second Facebook video.
The health department also said that the internal system error that led to the delivery of false results has been fixed.
“The problem was identified and internal system improvements have eliminated the possibility of this recurring. Additionally, DPH continues to work with its vendor to establish automated results delivery,” their statement said.
As far as her husband’s condition, Katey Evans posted on Facebook on Friday that his “voice sounded stronger this morning” and that he was “mentally more alert.”
“They’ve been testing for every possible infection under the sun and keeping him closely monitored — glad they are on top of all of this. Oxygen levels excellent and he’s sitting upright and continues moving around when he can. He sounds 10% better every time I talk to him which is amazing,” she wrote.
Katey Evans said she had a civic duty to speak.
“Somebody’s gotta be held responsible for this,” Katey said. “Our guard was let down because we were told he was negative.”