Home Health News The first Phase 3 coronavirus vaccine trial in the US is expected to begin next week. Here's how the vaccine works – CNN

The World Health Organization says there are 25 potential coronavirus vaccines in clinical trials internationally.
Here in the United States, the government has put its money behind several different vaccine candidates through Operation Warp Speed. 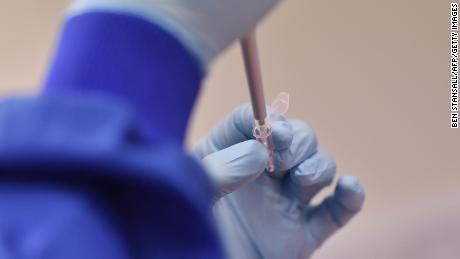 One of those vaccines is being developed by the Vaccine Research Center at the National Institutes of Health’s National Institute of Allergy and Infectious Diseases, in partnership with the biotechnology company Moderna. The vaccine is expected to enter Phase 3 testing next week. This phase of the trial is expected to involve 30,000 volunteers and will test whether the vaccine protects people against the coronavirus.

The vaccine uses messenger RNA (mRNA), which are cells used to build proteins — in this case, the proteins that are needed to build the coronavirus’ spike protein, which the virus uses to attach itself to and infect human cells. Once the immune system learns to recognize this target — thanks to the vaccine — it can mount a response faster than if it encountered the virus for the first time due to an infection. 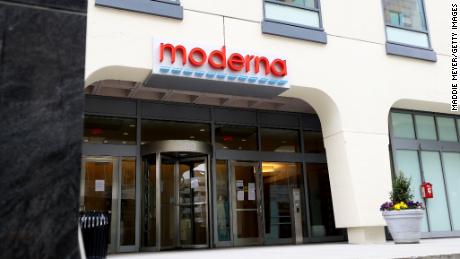 Early results from the Phase 1 study were published in the New England Journal of Medicine in mid-July. The study showed that the vaccine, given at three different doses, triggered an immune response in the people who received it (the higher the dose, the higher the immune response). More than half of the participants experienced side effects including fatigue, chills, headache, muscle pain and pain at the injection site. The Phase 3 trial will involve the middle dose –100 micrograms (µg).
Dr. Barney Graham is the deputy director of the Vaccine Research Center. He spoke to Dr. Sanjay Gupta to explain a little bit about the technology behind the Moderna vaccine. What follows is a portion of their conversation, edited for length and clarity, to explain what is happening inside the body.
Dr. Sanjay Gupta: How does the vaccine work — you’re giving a little portion of messenger RNA [mRNA] to somebody. What is the mRNA and how does the body respond and create these antibodies?
Dr. Barney Graham: Our human genome is made of DNA; this is a double-stranded molecule. Most people have heard of DNA. The way our body makes proteins is that, from the DNA template that is made of nucleotides [basic building blocks], it does something called transcription: It uses its DNA template to make an RNA template. So, the RNA is the template we use in our own body normally to make proteins that are necessary for cell function … and that part is called translation …

And so when you put RNA directly into the muscle cell, by injecting it in as a vaccine, that RNA goes right into the cytoplasm [the body, not the nucleus] of the cell, is translated by the ribosomes to make a protein. And in our case, the mRNA that we use to make this protein is our vaccine. And when that RNA goes into the muscle cell, it creates and produces a protein, and when that protein is sitting on the muscle cell, it looks just like the protein that would be sitting on a virus, except we don’t have to give it the whole virus, we just give it the protein. And this is the main point of attack; the immune system recognizes this, it starts making antibodies to different surfaces on this protein. And then we count on those antibodies to be present if the virus ever shows up with this same exact protein on its surface. That’s the way this mRNA vaccine is working.
Some of the groundwork for the development of this vaccine was laid during another coronavirus outbreak, MERS in 2012, and from work on one of the endemic coronaviruses that circulates every winter. A key discovery came when Graham and his colleagues realized that the spike protein changes shape as part of the process it uses to fuse to the cell it is infecting. And to develop an effective vaccine for any of the coronaviruses, they would have to target the pre-fusion spike protein — the version of the spike protein before it fuses with a human cell receptor and changes shape — not the post-fusion one, which is what they did for this new coronavirus.
Graham: These kinds of proteins are important for the virus to enter cells. Those proteins sit on top of the virus, they interact with the cell and then undergo a rearrangement analogous to a Transformer toy, where robots can turn into cars. These proteins are interesting because they start in one shape and they end in a different shape and depending on which shape you use, you get a good response to a vaccine or not-so-good response to a vaccine. And for the last 30 or 40 years, people have been using the post-fusion, rearranged, non-functional form in their vaccines, and had not done very well. None of them really had worked … So in the Transformer analogy, if the cars are the important part, you need to make antibodies to the car and not to the robot … And that’s why for 30 or 40 years, people’s vaccines weren’t working. Before this, the concept of the pre-fusion conformation wasn’t really there.
Gupta: Obviously, you want to create a protein that represents the pre-fusion form of the spike protein, not the post-fusion form. But other than that, you’re basically having the body recognize the virus as if it had been infected, right? What I’m asking is, can people get sick, actually get the infection, from this vaccine? 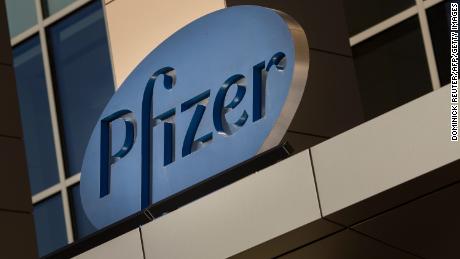 Graham: No. The virus itself, its genome is 30,000 nucleotides. We’re only giving about 4,000 nucleotides, or maybe closer to 3,700 nucleotides, to make this protein. So, we’re only giving a 10th of the genome — and even those nucleotides are modified. There we use what’s called codon optimization; we’ve changed the sequence of the nucleotides but make exactly the same sequence of amino acids. So what we’re giving is not really like the virus, but it makes this viral protein.
Gupta: In this [New England Journal of Medicine] paper that just came out, they did talk about people having these side effects. In fact, everyone in the mid-dose group (100µg; two shots separated by a month) and the highest dose (250µg; two shots separated by a month) got some sort of side effect. It was not enough to stop the trial, but there were side effects. They were things like headache and fever and malaise and muscle pain. You’re not getting infected, obviously — it’s not the virus itself — so why do people develop these side effects, then?
Graham: I’m an infectious disease physician who’s done a lot of clinical trials and since the mid-1980s, over 100 clinical trials of different experimental vaccines. And these kinds of side effects, which we call reactogenicity, are very common to almost all vaccines, even the commonly used and licensed vaccines. What you saw in in this setting is that at the 25µg and 100µg dose, you saw very little reaction after the first shot, but then some reaction after the second shot. But virtually all those reactions were either mild or moderate. And so mild means you can notice it; moderate means it’s bothers you a little bit.
Now, it’s when you get to the higher dose of 250µg, that some of those people had more severe reactions. Three out of 14 [who received the 250µg dose] had grade-three reactions for fever and muscle aches and things like that — similar to what sometimes you experience after some of our licensed vaccines. But, you know, the reason for doing these Phase 1 trials is to find what dose level is acceptable and tolerable. And in this case, it was pretty clear that the 250µg is not something we want to give people, especially a large number of people, because it wasn’t tolerated. The 100µg dose was well tolerated. It’s a small number of people still, but there’s been another 300 people immunized in a Phase 2 that also have shown a similar reactogenicity profile. So we think that the 100µg dose should be acceptable going forward. And that’s what’s planned for the Phase 3 trial.
Gupta: Let me ask you about the study that just came out. We got the data, it showed that there was neutralizing antibody activity. Were you surprised or was that was that pretty much a given? 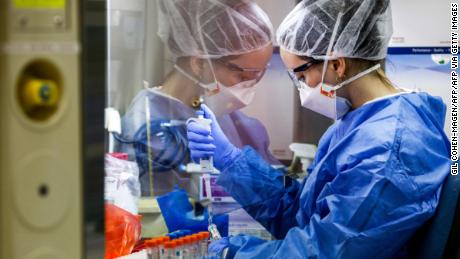 Graham: We had done a lot of studies with a similar vaccine that we made for the MERS spike and had done a lot of those studies in mice and knew that this protein was immunogenic — meaning that it was very effective at eliciting antibody responses that could neutralize the virus. So, we knew that this was working in mice before we ever injected the first person. So it wasn’t a big surprise that we could do that in humans.
I was pleasantly surprised, I think, about the level of neutralizing antibody — it exceeded my expectation. It almost achieved what I was hoping for. And, so we were happy with the level of neutralizing activity that was elicited by this vaccine in humans.
The other reason you do Phase 1 trials is to not just find the dose that’s tolerable but find the dose that has optimal immunogenicity. In this case, the 100µg dose was virtually the same as the 250µg dose in terms of the antibodies made. And those antibodies reached levels that were in that upper range of what convalescent people make who have been infected with the SARS-CoV-2 coronavirus. So, we felt like this was a good outcome.
Gupta: Let me just ask you one other thing. You’ve got about a third of the country that is already demonstrating some vaccine hesitancy — they’re already sort of showing some trepidation about this new vaccine that is not even out yet. How do you how do you handle vaccine hesitancy?
Graham: I think if people really understood the biological basis of vaccines and how they work — to see that it’s not magical or mysterious, that there’s actually a rationale and very specific understanding right down to the angstrom level of the structure of what we’re trying to do to make an immune response that could help protect you — I really hope that by trying to explain some of this and for people to start understanding the biology of vaccines, that it will make them less hesitant and more likely to join us in trying to establish this community of immunity that we’re looking for, what people called herd immunity.
The reason this is important is that I’m hoping that this vaccine could be as much as 70 or 80% effective — I think that would be a success. We need 60 or 70% of immunity [in the population] to really establish what’s called herd immunity. That means almost 100% of people would have to be vaccinated to establish that level of immunity in the population. So, if a third of people don’t take it, we’ll only be able to reach around 40 or 50% immunity in the population with that type of a vaccine. I think it’s really important for that third of people to come along and try to help us and understand how these vaccines work so they won’t be so hesitant.