One of those mysteries: why the experience can be so vastly different from person to person. One expert says the answer may mean taking a closer look at previous vaccines individuals have had.
“When we looked in the setting of Covid disease, we found that people who had prior vaccinations with a variety of vaccines — for pneumococcus, influenza, hepatitis and others — appeared to have a lower risk of getting Covid disease,” Dr. Andrew Badley, an infectious disease specialist at Mayo Clinic told CNN’s Anderson Cooper Monday night.
It’s what immunologists call immune training: how your immune system creates an effective response to fight off infections, Badley says.
“A good analogy is to think of your immune system as being a muscle,” he said. “The more you exercise that muscle, the stronger it will be when you need it.”
There’s been no definitive evidence of any other vaccines boosting immunity against Covid-19. But some researchers have suggested it’s possible. 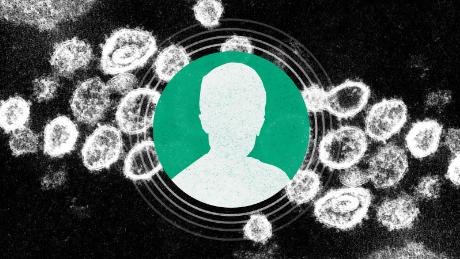 In June, a team of researchers in the US proposed giving a booster dose of the measles, mumps and rubella (MMR) vaccine to people to see if it helps prevent the most severe effects of a coronavirus infections. And last month, researchers found that countries where many people have been given the tuberculosis vaccine Bacillus Calmette-Guerin (BCG) had less mortality from coronavirus, a finding that fits with other research suggesting the vaccine can boost people’s immunity in general.
But once you’re infected, how much of the virus made it into your body could also have an impact on what your experience is, another expert told CNN Monday.
Dr. Monica Gandhi, an infectious disease specialist at University of California, San Francisco, has been working with a team of researchers to understand how more people could go through their infections with minimal or no symptoms. About 40% of people infected with the virus don’t have symptoms, according to an estimate last month by the US Centers for Disease Control and Prevention.
Gandhi’s team found masks make a difference.
“What the mask does is really reduce the amount of virus that you get in, if you do get infected,” she said. “And by reducing that … you have a lower dose, you’re able to manage it, you’re able to have a calm response and you have mild symptoms or no symptoms at all.”
So far, more than five million Americans have tested positive for the virus and at least 163,461 have died.
Coronavirus: Your questions, answered

90% increase in child cases in a month

More research is also emerging around children and coronavirus amid back-to-school season.
According to a report published Monday by the American Academy of Pediatrics and the Children’s Hospital Association, there has been a 90% increase in the number of coronavirus cases among US children over four weeks.
The new report, expected to be updated weekly, said there were 179,990 new Covid-19 cases among US children between July 9 and August 6. 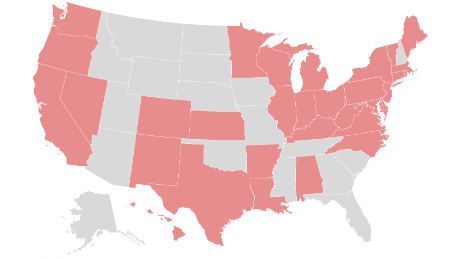 More than 380,000 children had been infected as of August 6, according to the report, making up just over 9% of the total cases in states that report cases by age.
The report comes as recent studies suggest children could play an important role in transmission of the virus. One study said older children can transmit coronavirus just as much as adults and another found children younger than 5 carried a higher load of the virus, which also raised questions about their role in its spread.
And while some US officials, including the President, have said the virus doesn’t pose a big risk to children, experts say that’s not the case.
“It’s not fair to say that this virus is completely benign in children,” said Dr. Sean O’Leary, vice-chair of the American Academy of Pediatrics Committee on Infectious Diseases. “We’ve had 90 deaths in children in the US already, in just a few months. Every year we worry about influenza in children, and there are roughly around 100 deaths in children from influenza every year.” 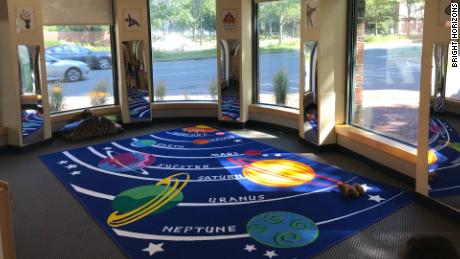 Still, many schools and universities across the country are moving forward with plans to begin in-person instruction, despite protests nationwide from teachers who say a return to class could be deadly.
In Georgia, multiple school districts have reported cases of the virus after reopening. In the Cherokee County School District, more than 480 students have been quarantined since school began earlier this month. The district is now reporting 25 positive cases among students and six cases among staff.
In Mississippi, at least 22 schools across the state have reported positive cases, State Health Director Dr. Thomas Dobbs said during a news conference this week. There have been 19 cases reported among students and 15 cases among staff.
These states require face masks 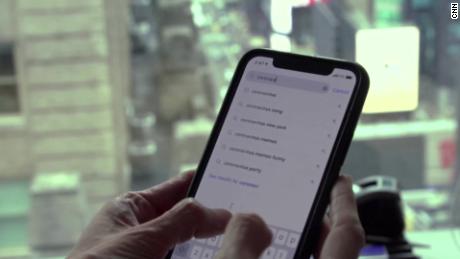 These therapies are antibodies created in the lab to target a particular infection or toxin. If they work, the treatments could provide protection against the virus immediately, compared to a vaccine, which can take a few weeks before it starts providing protection and can’t provide protection once someone is already infected. But antibody therapies typically only work for a couple of months, while vaccines provide long-term protection.
In the first trial, volunteers are given a placebo or a dose REGN-COV-2, an antibody treatment made by Regeneron Pharmaceuticals, that has shown success in lab and animal studies and shown to be safe in human trials.
The trial will test to see if the antibody cocktail provides protection against the disease and if someone is infected, if the treatment limits the number of symptoms and if it helps keep people out of the hospital. 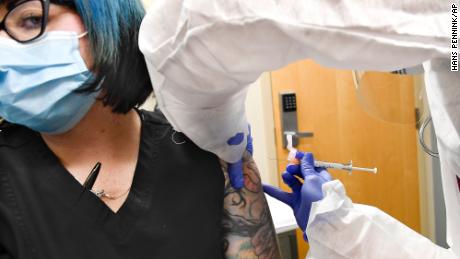 Scientists hope to enroll 2,000 asymptomatic adults who have had contact with someone in their household who has an infection. Volunteers would get the treatment within a 96-hour window after they come in contact with the infected person and scientists will check back in with them for seven months to ensure the treatment was safe and effective.
The second trial will test to see how the Eli Lilly and Company’s LY-CoV555 antibody treatment works with people who work or live at a nursing home or assisted living facility that’s had a positive case.
That trial, looking for 2,400 volunteers, will test to see if the therapy prevents infections in this vulnerable population and will also test if the therapy prevents symptoms or reduces the severity of the illness.

CNN’s Jen Christensen and Jamiel Lynch contributed to this report.

A photo of a newborn baby wearing a face shield, delivered at Praram 9 …