October 24, 2021
Trending
Home Health News The coronavirus vaccine will not be free: Americans have already paid for it — twice – Salon 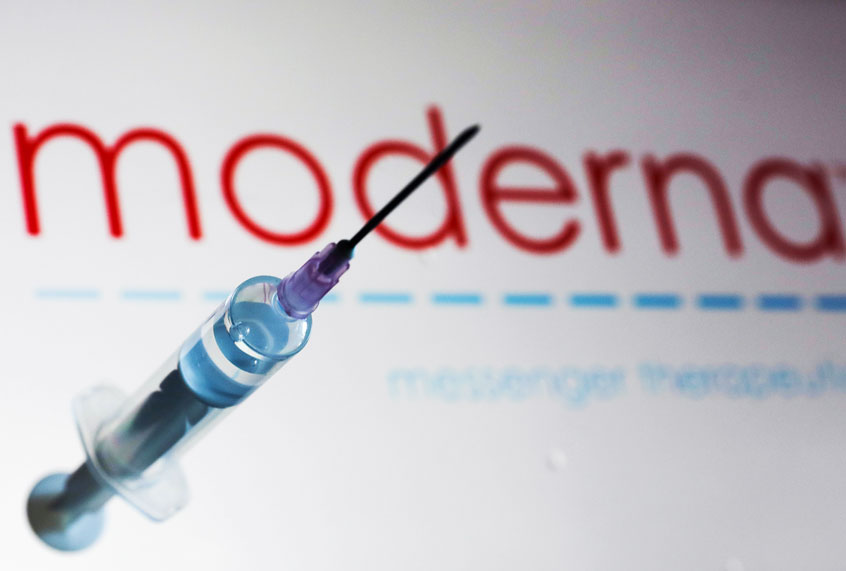 If you are an American citizen, you have already paid for your novel coronavirus vaccine. Not only have you paid for this future vaccine, you have also paid billions for the research that went into discovering that vaccine. The pharmaceutical companies that accepted all that free money to do that research are going to make millions off your investment. You’ll get a jab in the arm.

One of the leading candidates in stage III clinical trials is the Moderna NIH vaccine. In normal times with any other disease, the US government throws lots of money into early stage clinical research, which is then bought up by pharmaceutical companies who do the stage II and III clinical trials. When that drug comes to market, the Big Pharma companies then turn around and sell that drug to Americans at inflated prices. The pharmaceutical companies will argue they need to charge lots of money to recuperate the cost of developing the drug and so that they can pour money into finding new ones.

That sounds reasonable, except for the fact it was Uncle Sam who paid for some of the costs of developing the drug in the first place. The difference between normal times and COVID times is that in the case of the Moderna vaccine, the US government is footing the entire bill.

Moderna is part of Operation Warp Speed, which is a government program throwing literal billions at finding therapies and vaccines for COVID-19. Earlier this year the pharmaceutical giant received nearly a billion dollars for vaccine research and development. As part of their government contract they are obligated to state how much of their own money they are pouring into research. Only after public pressure did they finally release one small press statement in which they admitted that Uncle Sam is paying 100% of the cost of the vaccine development. Moderna has put forth absolutely zero dollars into developing this. Zilch. Zero. Nada.

But it gets better. Trump has said on the campaign trail that the vaccine will be available to all Americans free of charge, which is a swell thing to do. His administration also made a pre-order for 100 million doses at the cost of $1.5 billion. This might sound reasonable because it costs money to manufacture vaccines. You have to put them in little glass vials and store them at the right temperature. The thing is, that $1.5 billion is not the cost of manufacturing the vaccine.

In July Representative Jan Schakowsky asked the president of Moderna, Stephen Hoge, during a committee meeting whether he would be selling the vaccine “at cost”, meaning at the cost of production.

Moderna is going to make millions off a vaccine that they did not pay to develop.

Moderna has also said they will not enforce their patents during the course of the pandemic. That’s a bit like saying you’re a great person for allowing your friend to borrow your car and use all your gas, when it’s really your parents who bought the car and who pay for your gas. The other little twist in the story is that Moderna might not even own all the patents to their COVID vaccine. It takes about 18 months to get a patent granted, and since most of this stuff has only been developed in the last nine months, it is really hard right now to get a clear picture on which pharmaceutical company owns what. They’ve already lost a dispute with another drug company over one of their patents, which means that if they did try to enforce some of their patent rights they’d probably lose anyway. But hey, nothing makes for good publicity like giving away something that wasn’t yours to begin with.

Another twist is that it’s not the patents that make much of a difference when it comes to manufacturing the vaccine. Giving the patent rights away only means another company won’t get sued for making the vaccine and saving lives, but it doesn’t do anything to help other vaccine manufacturers figure out how to make these things. For that you need know-how transfer. For those of you who watch “The Great British Bake-Off,” it’s a bit like that second challenge, when Paul Hollywood tells bakers to make something incredibly difficult and provides them with all the ingredients and minimal instruction. The recipe might say: “mix your ingredients and bake at 360 degrees” but if you don’t know the order of the mixing, or whether you should be baking in a hot water bath, you’re not going to get great results. Nobody wants to inject a COVID vaccine into their arm that is the equivalent of an under-cooked rainbow bagel. We all want soft, moist rainbow bagel COVID vaccines, and that’s not going to happen unless the pharma companies give that information away.

Fortunately, there are instruments available for benevolent pharmaceutical companies who wish to give away their patents and know-how to ensure equitable global access to vaccines. The WHO’s COVID-19 Technology Access Pool (C-TAP) and the Medicines Patent Pool are organisations that compile intellectual property (IP), data and know-how in an open platform so that scientists around the world can access the information to speed up drug discovery.

However, it will come as a surprise to nobody that not a single pharmaceutical company in Operation Warp Speed has contributed any meaningful intellectual property or know-how for a COVID-19 vaccine to either C-TAP or the Medicines Patent Pool.

The chief executive of AstraZeneca, another pharmaceutical company that received a billion dollars from the US government for a COVID vaccine, said: “I think IP [intellectual property] is a fundamental part of our industry and if you don’t protect IP, then essentially there is no incentive for anybody to innovate.” Maybe a literal billion dollars isn’t enough incentive?

When this pandemic began, there was a push for solidarity to have a “People’s Vaccine” that would be funded by governments and provided free of charge to citizens. Unfortunately these optimistic pledges have not materialised. Oxfam has reported that rich countries like the UK have secured five doses of a vaccine per person, whereas poor countries like Bangladesh have so far secured one dose per nine people. It might make sense that pharmaceutical companies are entrusted with the responsibility to research and manufacture vaccines. That is what they do after all. But if we want to trust capitalism to save us from, well, capitalism, we should up the ante and go full blown venture capitalist on them. If we invest in their research we should get a cut of the profits. In 2019 the top ten pharmaceutical companies made a net profit of $86 billion. A fraction of that would be enough to make sure children in Bangladesh get a vaccine at the same time as children in Texas.