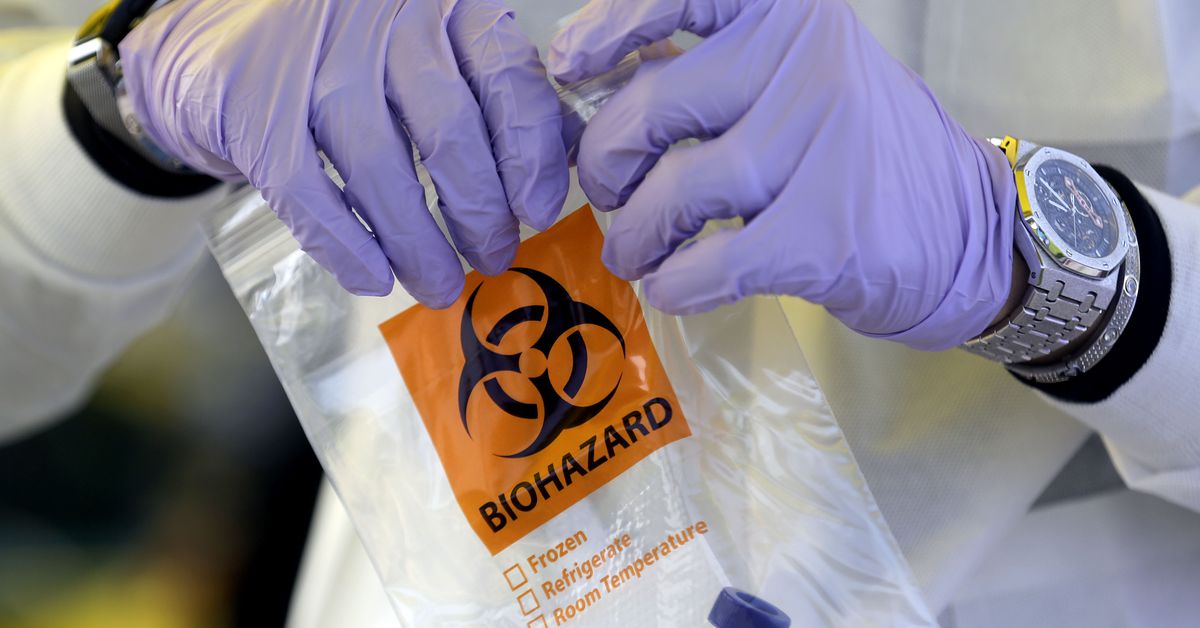 The cases were reported out of 10,069 tests, with a 16% positive rate, according to the Utah Department of Health. The rolling seven-day average for new cases is 1,396 per day, and the average positive test rate is 15.9%.

On Friday, the state confirmed just under 2,000 cases — the record since the start of the pandemic.

Utah this week also surpassed 100,000 cases and 1 million people tested since the start of the pandemic. More than 75,000 cases, meanwhile, are considered recovered after surviving the three-week point since their diagnoses. That means about 2.3% of Utah’s population has some level of immunity to the disease.

But how strong is COVID-19 immunity, and how long might it last?

Researchers’ current belief is that almost everybody who recovers from the new coronavirus will mount an antibody response when exposed to it again as certain cells will recognize the virus, said Stephen Goldstein, a University of Utah scientist whose research focuses on immunology and coronaviruses.

But the higher the level of virus in one’s system, the more antibodies they’ll create, Goldstein told the Deseret News in a recent interview.

People can get reinfected by the four common, seasonal coronaviruses after six months, but it’s more common to get reinfected after a year, Goldstein said. Researchers believe that is likely similar for COVID-19.

“You probably have pretty good protection from reinfection for six months,” Goldstein said.

And although one might become reinfected, they’ll be less susceptible to developing serious symptoms because an innate immune response and antibodies from their first infection will kick in, he said.

Data regarding whether people are as contagious the second time they contract the virus is still limited, Goldstein said, but “we could hypothesize that they would be less so” because the virus won’t be able to replicate as much as it did the first time.

But it’s important to know that with viruses “everything is on a spectrum” for different people, Goldstein said. Some could get reinfected after three months, while others could be protected for five years.

Most people become infected by some of the common four cold coronaviruses early in childhood, when they’re least susceptible to developing serious illnesses. But because COVID-19 is new, no one started developing antibodies to it as children, Goldstein noted.

“Hopefully the second time will be less severe. If there are third or fourth times, we’ll have vaccines,” he said.

Now nearly every county in Utah is seeing rates of the disease considered “very high” by the state health department over the last two weeks, meaning more than 200 per 100,000 people have tested positive for the disease within the last two weeks in those counties. Northern Washington County is the only area with “high” rates rather than “very high” rates, according to the health department.

But some communities are seeing much higher rates than the threshold, with 600 or more cases per 100,000 people within the last two weeks. In Salt Lake County, they include West Jordan/Copperton, Riverton/Bluffdale, Salt Lake City’s Rose Park neighborhood, West Valley City and Draper. Throughout the state, Smithfield, Farmington, Provo and Brigham Young University, Herriman, Eagle Mountain and Cedar Valley, Lehi, Spanish Fork, Blanding, Monticello, Nephi/Mona and south Utah County are also seeing 600 or more cases per 100,000 people.

The continuing surge led the state on Thursday to place all but eight counties into its high level of transmission category, which places mask requirements in public settings and limits gatherings to 10 or fewer.

On Saturday, a small group of protesters gathered at the state Capitol to speak out against Gov. Gary Herbert and the restrictions he implemented, including the limit on gatherings. Organizers of the rally called for others to participate “in as large a group, masked or not,” to resist the “tyrannical orders.”

Hospital officials continued to warn Friday, however, that they are nearing capacity in terms of nurses and doctors who can care for the most seriously ill patients. The University of Utah Health intensive care units were 99% full.

Now 103,117 cases have been confirmed in Utah out of 1,022,809 people tested during the pandemic, with an overall positive rate of 10.1%. Hospitalizations since the outbreak first hit the state now total 4,997. The death reported Saturday — a Salt Lake County woman older than 85 who was not hospitalized when she died — brings the state’s toll to 568.