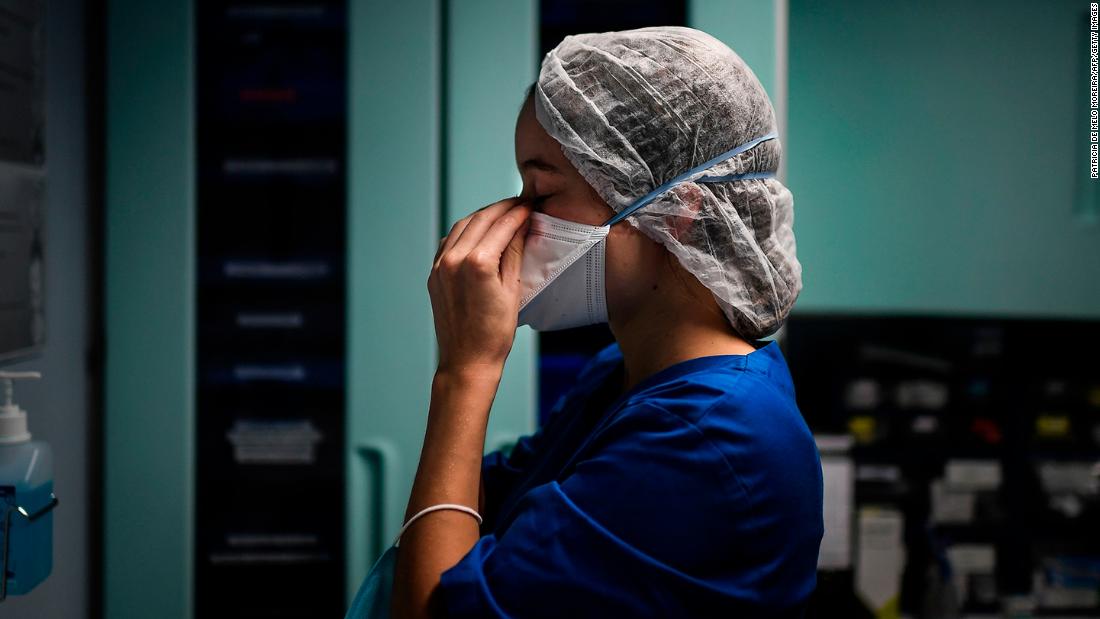 Recent case and fatality figures from the European Centre for Disease Prevention and Control (ECDC) show that while recorded Covid-19 cases are spiking in the United Kingdom, France, Spain, Germany and other European countries, deaths are not rising at the same rate.
“The fatality rate has declined, in the UK, we can see it going down from around June to a low point in August,” said Jason Oke, a senior statistician at the Nuffield Department of Primary Care Health Sciences. “Our current estimate is that the infection fatality rate is going up a little bit, but it hasn’t come up to anywhere near where we were and that’s unlikely to change dramatically unless we see a really surprising increase in the numbers of deaths.”
Oke has been tracking Covid-19 fatality rates along with his colleague Carl Heneghan of the Centre for Evidence-Based Medicine and health economist Daniel Howdon. Their research shows that, at the end of June, the fatality rate was just below 3% in the UK. By August, it had dropped as low as about 0.5%. It now stands at roughly 0.75%.
“We think it’s probably driven a lot by age, but also other factors, like treatment,” Oke said.
The lower death rate isn’t unique to Europe.
In New York, the death rate for those hospitalized with coronavirus-related illnesses has also dropped since earlier this year, according to a study by a team of researchers at NYU Grossman School of Medicine, published in the Journal of Hospital Medicine. A wider analysis of data from the US Centers for Disease Control and Prevention by the NYU team shows that across the United States, “6.7% of cases resulted in death in April, compared with 1.9% in September.”

Younger, healthier people are getting infected

The most obvious reason for the lower death toll is age.
The first wave of the pandemic hit Europe’s elderly people particularly hard, spreading in hospitals and care homes, but this has changed over the summer, with the virus circulating more widely among younger people going to restaurants, bars and other public places.
The median age of those becoming infected across Europe declined from 54 during the period from January to May, to 39 in June and July, according to the ECDC.
Older people face a much higher risk of becoming seriously ill if they get infected, so an outbreak affecting a care home is likely to be much more deadly than one on a college campus.
In fact, data gathered by researchers from London School of Economics’ long-term care responses to Covid-19 group shows that, on average, 46% of all Covid-19 deaths across 21 countries happened in care homes.
The researchers found that in several countries, including Belgium, Ireland, Spain, the UK and the US, the proportion of care home residents whose deaths have been linked to coronavirus was higher than 4% in some cases. That means that more than one in 25 care home residents who died since the beginning of the pandemic did so because of Covid-19.
With more young people getting infected, the overall fatality rate has dropped, but this doesn’t mean the virus itself has become any less deadly. If it starts spreading widely among older people again, the rate may go up once more. This is already happening is some countries, including the UK where Oke and his colleagues have observed a slight increase in the fatality rate.
“The Covid-19 virus is very stable, it is not mutating much at all,” said Dr. Julian Tang, clinical virologist and honorary associate professor at the University of Leicester. “The variation in severity of Covid-19 illness is really due to individual host immune responses together with age, sex, ethnicity and certain pre-existing medical conditions,” he added.

Treatments are getting better

The demographic shift may have contributed to the lower death toll, but experts suspect the fact that healthcare providers are now more experienced in dealing with Covid-19 patients is another factor.
“While Covid-19 remains a terrible disease, our efforts to improve treatment are probably working,” said the NYU study’s lead author Dr. Leora Horwitz, an associate professor in the Department of Population Health at NYU Langone Health.
Horwitz and her team found that, when adjusted for demographic and clinical factors, mortality among those hospitalized within the NYU system dropped from 25.6% in March to 7.6% in August.
The way coronavirus patients are treated has also changed. Ventilators, which were used widely early in the pandemic, are now used less because doctors have learned more about how they may injure the lungs of Covid-19 patients. In turn, laying patients face-down, on their stomachs, has become more common as it has been shown to help increase the amount of oxygen getting into some patients’ lungs.
Statistics show that people who end up in a hospital in the UK are facing better outcomes.
The Intensive Care National Audit and Research Centre found that Covid-19 patients treated in intensive care units in England, Wales and Northern Ireland after September 1 had much better chances of survival than those admitted before that: 12% of patients have died since the beginning of September, compared to 39% of those admitted between the start of the pandemic and the end of August.
“That suggests that either the treatment is better and [the healthcare workers] know now what to do, or possibly that people are presenting with milder symptoms,” Oke said.
And although there isn’t yet a silver bullet cure for the coronavirus, there are some treatment options that appear to help some patients.
The antiviral remdesivir has been approved by the US Food and Drug Administration for the treatment of coronavirus infection.
Earlier this month, a World Health Organization-sponsored global study found remdesivir did not help patients survive or even recover faster, but a US study found the drug shortened recovery times for some patients by about a third.
Dexamethasone, a steroid, has been used for some of the sickest Covid-19 patients who require ventilation or oxygen, after trials showed it can increase their chances of survival.

While the lower death rates do look encouraging, there are plenty of caveats to consider. Covid-19 mortality is calculated as the number of deaths out of the total number of infections, which means it is only accurate if the underlying numbers reflect the reality.
And that almost certainly wasn’t the case early in the pandemic, when testing wasn’t widely available and only those who were seriously ill were tested.
“If you only test the symptomatic cases you may massively underestimate the number of infecteds if the proportion of asymptomatic infecteds is large,” Tang said, adding that some studies suggest that up to 60% to 70% of Covid-19 cases may be asymptomatic.
“So the reported [case fatality rate] may be disproportionately high at the start of the pandemic but then drops later as the pandemic progresses, as we test more asymptomatic cases to ‘dilute’ down this apparent death rate,” Tang added.
The main danger, Tang said, is that more widespread testing of the less vulnerable younger population may mask mortality rates in those who are older or have underlying conditions. “There is a risk of complacency,” he said. “The elderly, and the vulnerable will still die from Covid-19 related complications … but this may not be noticed if all age groups with COVID-19 are examined together.
The death rate also varies across different countries. According to a tally by Johns Hopkins University, mortality among the 20 worst-affected countries now ranges from 10% in Mexico to 0.8% in the Czech Republic. This is partly down to different approaches to counting their Covid-19 cases. While some count only lab-confirmed infections, others include untested suspected cases.
There’s also the issue of time lag. “The time difference between when we think people are getting infected and when they might die, on average it’s about three weeks, but what we’re seeing is that the [infection fatality rate] is staying lower even as the preceding infections have gone up,” said Oke.
This story has been updated to include US CDC figures.