“They literally did everything together and although we’re shocked about it, when we look at it, we also think it’s not so surprising, because they were together all the time and they had so much fun together in life,” said one of their two daughters, Joana Sisk.
The McWaters are among the 268,087 people to have died from the coronavirus in the US, according to data from Johns Hopkins University. And as the number of hospitalizations consistently reaches new highs, experts worry higher numbers of deaths will follow.
At first glance, the two were quite different: she was a no-nonsense retired nurse, and he was a fun-loving veteran and retired truck driver. She was the boss, and he was the king of one-liners. But the common denominator everyone saw between Patricia and Leslie “LD” McWaters, Sisk said, was their genuine kindness and care for other people.
They enjoyed being together hosting pool parties, attending family sporting events and going dancing at the bar where they met.
“Pat was the most beautiful woman ever and boy did she look good in hot pants and go-go boots!” Sisk remembers her father saying.
But then Pat went to the hospital to get treatment for a coronavirus infection, Sisk said. She was told to go home and isolate, which she did. After 35 years in the medical field, she didn’t question the doctors, though she felt poorly, Sisk said.
The following week, the couple went to the hospital again, this time in an ambulance. They were there for a week. 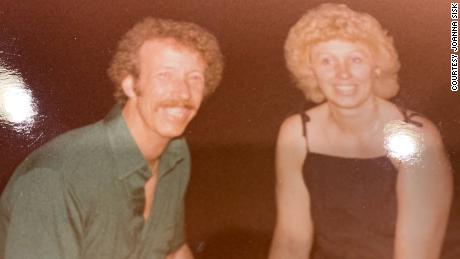 When they died of the virus, the hospital staff tending to them said their times were too close to call, and recorded the exact same time: Tuesday, November 24, 2020 at 4:23 p.m.
“Those of us that know them, know that mom went first and said, “LD, it’s time to go!” Sisk said.
Sisk said she wishes her parents had a different outcome in their illness, and, though her family hadn’t always taken it as seriously as they do now, stressed the importance of wearing a mask to not spread the virus to others.
She specifically put their cause of death in their obituary to spread awareness in hopes of saving someone else, she said.
“I’m so thrilled that my mom, being the nurse that she was … that even in heaven she’s going to keep saving lives and it means so much,” Sisk said.

The US coronavirus death toll is projected to surpass 400,000 by Inauguration Day – CNN

Another 14,400 Americans are projected to die from the virus over the next six days, accor…

Another 14,400 Americans are projected to die from the virus over the next six …

A woman wearing a protective face mask smokes a cigarette on June 7, 2020. …