Releasing nearly all vaccine doses on hand could quickly ratchet up the availability of coronavirus vaccines by allowing more people access to a first dose. It could also be a risky strategy as both Pfizer/BioNTech and Moderna’s vaccines require two doses, administered at specific intervals, and vaccine manufacturing has not ramped up as rapidly as many experts had hoped.
“The President-elect believes we must accelerate distribution of the vaccine while continuing to ensure the Americans who need it most get it as soon as possible. He supports releasing available doses immediately, and believes the government should stop holding back vaccine supply so we can get more shots in Americans’ arms now,” said TJ Ducklo, a spokesman for Biden’s transition. “He will share additional details next week on how his Administration will begin releasing available doses when he assumes office on January 20th.”
A transition official said the Biden team believes that vaccine manufacturers will be able to produce enough second doses in a timely fashion while administering first doses to more Americans. Biden’s team plans to use the Defense Production Act to produce vaccine materials and other supplies in order to ensure there’s enough vaccine for both doses.
The transition official added that the Biden team may hold back a small amount of doses in case of unforeseen circumstances. The Trump administration also does this — in addition to holding back the second doses — in the event of incidents such as shipment errors or vaccine spoilage.
The comment from Biden’s transition comes after a group of governors wrote a letter to Health and Human Services Secretary Alex Azar and Operation Warp Speed Chief Operating Officer Gen. Gustave Perna pressing the federal government to distribute “reserved doses” of the Covid-19 vaccine to states that need them.
“Our states are ready to work around the clock to ramp up distribution, get more shots in arms, and save more American lives. General Perna, as you have stated before, ‘a vaccine sitting on a shelf is not effective,'” the letter reads. “We couldn’t agree with you more. That’s why we are asking for your help now. When we work together, we can end this pandemic and return to a life of normalcy sooner.” 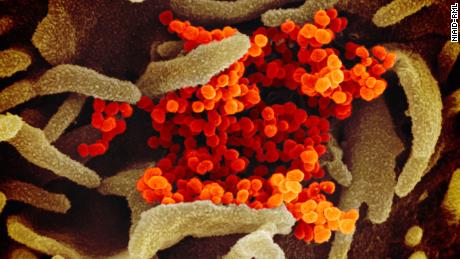 The Trump administration has insisted it’s necessary to hold back doses to ensure Americans who receive the first course of the two-dose vaccine will be sure to have access to a second dose. But the move has sparked a debate about whether a better strategy would be releasing all available doses as quickly as possible, particularly amid rising death and hospitalization rates. A study published Monday in the Annals of Internal Medicine also found that administering first doses of a Covid-19 vaccine to more individuals instead of withholding available supply for use as a second dose may reduce the number of new cases.
“Operation Warp Speed is continuing to ensure second doses are available to vaccine administration sites, at appropriate intervals, as directed by jurisdiction leaders,” said a spokesman for HHS. “We would be delighted to learn that jurisdictions have actually administered many more doses than they are presently reporting. We are encouraging jurisdictions to expand their priority groups as needed to ensure no vaccine is sitting on the shelf after having been delivered to the jurisdiction-directed locations.”
The spokesman also noted the US Food and Drug Administration recently reiterated the importance of requiring two doses for both the Pfizer and Modern vaccines.
Michael Pratt, a spokesman for Operation Warp Speed, pushed back against the transition’s plan.
“If President-Elect Biden is calling for the distribution of vaccines knowing that there would not be a second dose available, that decision is without science or data and is contrary to the FDA’s approved label. If President-Elect Biden is suggesting that the maximum number of doses should be made available, consistent with ensuring that a second dose of vaccine will be there when the patient shows up, then that is already happening,” Pratt said.
He continued, “Second-dose management was always about ensuring supply chain availability. Operation Warp Speed monitors manufacturing closely, with the intent to transition from reserving as many second doses as manufacturing further stabilizes with a consistent flow of vaccines. Our top priority remains maximizing availability of safe and effective vaccines to the American people responsibly, fairly and equitably.” 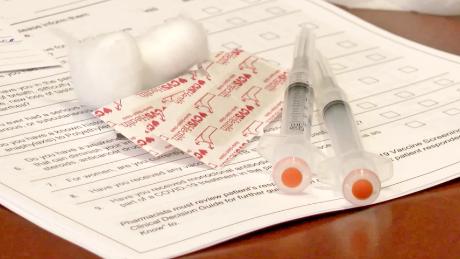 The vaccines by Pfizer/BioNTech and Moderna are both about 95% effective after two full doses.
Earlier this week, two top officials from the FDA said anyone who receives those vaccines needs both doses, dismissing the idea of stretching the supply by allowing just one dose or cutting doses in half.
They also dismissed other ideas for stretching the vaccine supply and said people who are speculating about the possibility of making do with just one dose or cutting doses in half are misinterpreting the data.
“We have been following the discussions and news reports about reducing the number of doses, extending the length of time between doses, changing the dose (half-dose), or mixing and matching vaccines in order to immunize more people against COVID-19,” FDA Commissioner Dr. Stephen Hahn and Dr. Peter Marks, who heads FDA’s vaccine division, said in a statement.
“These are all reasonable questions to consider and evaluate in clinical trials. However, at this time, suggesting changes to the FDA-authorized dosing or schedules of these vaccines is premature and not rooted solidly in the available evidence. Without appropriate data supporting such changes in vaccine administration, we run a significant risk of placing public health at risk, undermining the historic vaccination efforts to protect the population from COVID-19,” they added.
Hahn and Marks also said the data supports giving the second dose of each vaccine at the specified interval — 21 days after the first dose for the Pfizer/BioNTech vaccine and 28 days after the first dose for the Moderna vaccine.
According to the study published in the Annals of Internal Medicine on Monday, by reducing the amount of the vaccine doses withheld to 10% for the first three weeks and supplying a steady dose of 6 million doses per week, the US could avoid up to 29% more cases over eight weeks.
The US government currently withholds 50% of the available vaccine supply, distributing to states and other jurisdictions weeks later to be administered as the second in a 2-dose series.
The researchers modeled various scenarios, with variables including vaccine supply, protection provided by the first dose and waning efficacy of the first dose if the second dose is delayed. Only in the unlikely worst-case scenario of a collapse in supply and minimal protection among individuals who have received the first dose would the model suggest that withholding 50% of available supply provides better protection.
“We find that under most plausible scenarios, a more balanced approach that withholds fewer doses during early distribution in order to vaccinate more people as soon as possible could substantially increase the benefits of vaccines, while enabling most recipients to receive second doses on schedule,” write the study’s authors, who were supported by the Canadian Institutes for Health Research and the US Centers for Disease Control and Prevention.
This story and its headline have been updated with additional reporting on Biden’s plan.