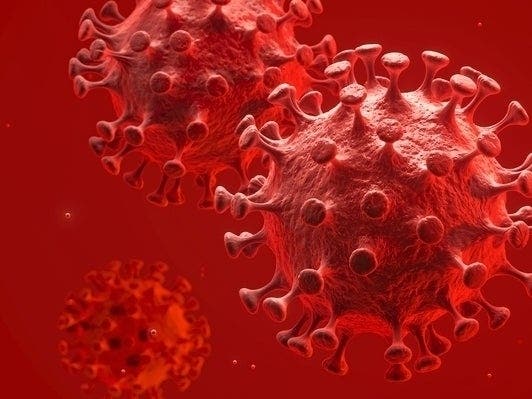 CONNECTICUT — State health officials’ hunch that the UK coronavirus variant was already present in Connecticut were confirmed Thursday after two people who recently traveled tested positive for it.

The variant has caused concern in the U.S. and around the world because evidence suggests it is significantly more contagious than other strains of the Covid-19 virus, which already is a highly contagious virus.

Will I know if I have the variant?

Most likely not. The process to detect genetic changes in the virus is more arduous than a coronavirus test that gives a simple detected or not detected result.

“We will not be able to do genomic sequencing on every single case in Connecticut” said Acting DPH Commissioner Deidre Gifford at a news conference.

How widespread is the variant in Connecticut?

DPH in conjunction with Yale Medicine and Jackson Laboratories are sequencing test samples in an effort to determine how prevalent the new strain is in Connecticut. The CDC is working with partners around the country to find the answer as well.

“As the governor mentioned if you are diagnosed with covid in Connecticut you should just assume there is a good possibility that you have this variant,” Gifford said.

What makes the variant different?

Viruses constantly mutate as they replicate over and over, according to the CDC. Sometimes the variants aren’t much different than the original virus and disappear.

The new strain was first detected in the UK in September 2020 and has become highly prevalent in London and southeast England, according to the CDC.

The variant appears to be spread more easily, but so far evidence suggests it doesn’t cause a more serious illness or a greater chance of death than other COVID-19 strains.

UK Prime Minister Boris Johnson said the variant was 50 to 70 percent more contagious than other strains.

Will the coronavirus vaccine work against the new variant?

Scientists continue to study whether approved vaccines will be as effective against the new strain. So far there is no evidence that the vaccine won’t be effective and scientists believe more study will confirm that, according to the CDC.

What other steps can I take to avoid the variant?

The general medical advice of social distancing, mask use and good hand hygiene work to help prevent the spread of the variant.

“It just means be even more careful,” Lamont said. “What it means is if you’re standing six feet away from somebody for less than 15 minutes, and you’re not wearing your mask the chance of you getting infected if somebody nearby is infected, it’s just gone up.”

Are there any other concerning variants?

Another variant that was first discovered in South Africa is causing concern as well.

A recent study also suggested that convalescent plasma therapy wasn’t as effective against the South African variant. The therapy takes blood plasma from someone previously infected with the coronavirus and gives it to another person as a way to help fight off the virus.

“That’s a suggestion that even prior exposure, prior immunity may not be totally protective against this strain,” he said in a CNBC interview.

However, vaccines should still be mostly effective against the new variant because they use the entire key spike protein, Gottleib said. The variants have changes to some parts of the spike protein, but not to the whole thing.