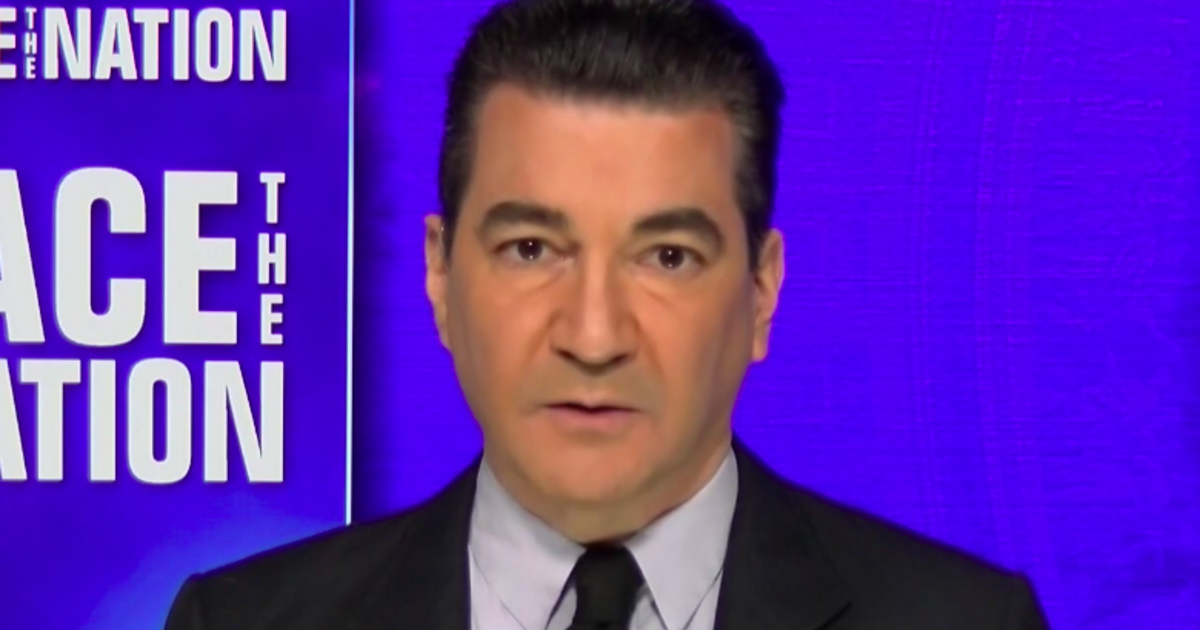 Washington — Dr. Scott Gottlieb, the former director of the Food and Drug Administration, said Sunday that the nation’s strategy for administering coronavirus vaccines is “not working” and encouraged public health officials to “hit the reset” and take up a new approach to inoculate Americans faster.

“We really need to get this vaccine out more quickly because this is really our only tool, our only backstop against the spread of these new variants. If we can get a lot of people vaccinated quickly, we might be able to get enough protective immunity into the population that this stops spreading at the rate that it is,” Gottlieb said in an interview with “Face the Nation. “So, we need to acknowledge that it’s not working. We need to hit the reset and adopt a new strategy in trying to get out to patients.”

Rollout of the two coronavirus vaccines, from Pfizer and Germany’s BioNTech, and Moderna, has hit snags, as already-stretched hospitals and health departments faced staff shortages and logistical issues. With the vaccine being offered to the older Americans and health care workers, some hospital systems have begun offering incentives to workers to get their shots.

According to the Centers for Disease Control and Prevention, 22.1 million doses of the vaccines have been distributed, and nearly 6.7 million people have received their first of two doses. To speed up distribution of the vaccines, President-elect Joe Biden plans to release all available doses rather than holding back vaccine supply, as the Trump administration is doing, once he takes office.

Gottlieb, too, has suggested releasing all available supply and last week said state leaders should consider making the coronavirus shots more widely available to people ages 65 and up.

“Right now, there’s 40 million doses sitting on a shelf somewhere. So the feds say it’s with the states. The states say it’s with the feds. It really doesn’t matter to the patient who’s not getting access to to the injection,” he reiterated Sunday. “You have 40 million on the shelf. We have 50 million Americans above the age of 65. So, we have supply to push it out to that population more aggressively.”

Gottlieb said the government needs to take an “all-the-above-approach” and push the vaccines out through various channels, including big-box stores and federal sites.

“We need to try everything right now to create multiple distribution points,” he said. “A lot of senior citizens aren’t going to want to go to a, you know, a stadium to get an inoculation. They’re going to want to go to a pharmacy, a local pharmacy or a doctor’s office. So, we need to provide more opportunity for people to get a vaccination where they’re comfortable getting it. But we do need to get these out more aggressively.”

While the current problem with the vaccinations is in distribution, Gottlieb it will become a supply issue once the logistics are perfected.

“We aren’t doing a good job getting this to patients,” he said.

There have been more than 22.1 million confirmed coronavirus cases in the U.S., and more than 372,000 people have died from COVID-19, according to Johns Hopkins University. The number of infections is expected to level off this month following a post-holiday surge, but new variants of the coronavirus have been discovered in the United Kingdom and South Africa.

Gottlieb said the new strains likely are not contributing much to the current spike in the U.S. and predicted the U.K. variant is roughly 0.2% to 0.3% of infections here, though he said the country is not doing sequencing at a big enough scale to detect the variants.

“We don’t think that these new variants right now are contributing to the surge of infection that we’re seeing,” he said. “We think this is a post-holiday bounce, but the bottom line is that we need a better system for detecting these things so we can have an adequate public health response.”

Gottlieb said the viruses are going to evolve, so vaccines, antibody drugs and other therapeutics will have to be updated regularly to keep up with the new variants.

“This virus has been running through the world, around the world, racing around the world largely unchecked,” he said. “It’s been under some selective pressure with the widespread use, for example, of convalescent plasma. So it’s inevitable that we’re going to see these kinds of mutations in this virus. And this is probably going to be a constant struggle.”