Fernando Torres shocks fans with his incredible body transformation as ex-Liverpool star packs on the muscle 18 months after hanging up his boots… and some joke his bulky new look will be ‘giving Vidic nightmares’!

By Sam Mcevoy For Mailonline

Fernando Torres looks like he could be ready to ditch his ‘El Nino’ nickname and adopt the new moniker of ‘El Hombre’ after showing off his incredible body transformation on Instagram.

Since hanging up his boots 18 months ago, the 36-year-old looks to have put some serious hours into the gym having wowed fans with his bulky new physique during an advert for AW8.

Torres is remembered for being a lean, quick striker – not really known for his strength during his heyday with Liverpool and Chelsea. 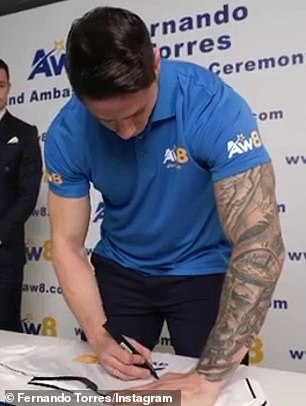 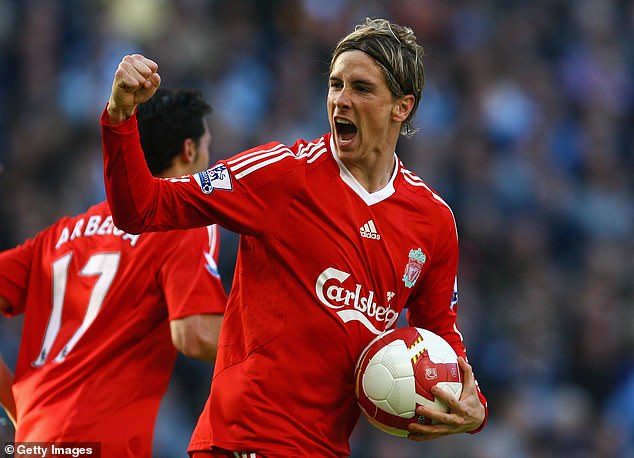 Torres was always known for his slim, lean physique during his heyday in the Premier League

However, having started a coaching role with Atletico Madrid’s B team and being given time during lockdown to bulk up, the Spaniard has done exactly that – much to the shock of his fanbase.

Shortly after posting the advert for the Southeast Asian casino website, fans flocked to social media to comment on Torres’ new muscular appearance.

With pictures of Torres doing the rounds on social media, one Liverpool fan couldn’t help but poke fun of Manchester United icon Nemanja Vidic, claiming Torres’ new physique would be giving him ‘nightmares’.

Torres gave Vidic a torrid time in Liverpool’s famous 4-1 win at Old Trafford in 2009, leaving the iconic defender on his backside as the Reds ran riot at the Theatre of Dreams. 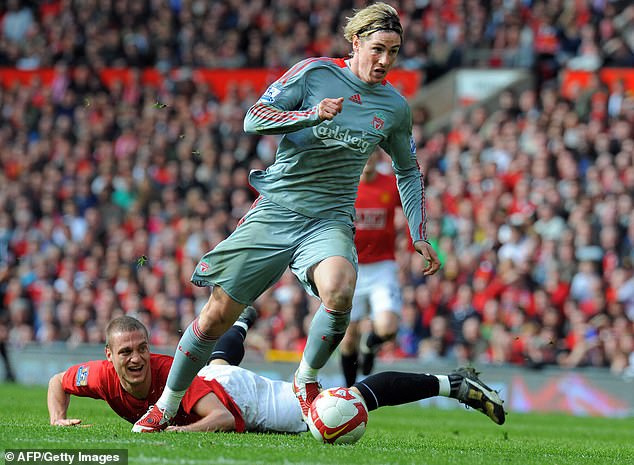 Other couldn’t believe the transformation, asking when Torres became ‘such a unit’ while drawing comparisons to The Hulk.

It should come as no surprised that Torres who focused on his fitness even after retiring, considering his has his own gym club chain called Nine Fitness.

Torres started the brand in 2013 and has since opened three gyms across Madrid under the Nine Fitness banner.

But it was in the months after retiring from football that Torres started to make the serious gains in terms of muscle.

After finishing his career at Japanese side Sagan Tosu, Torres returned to his home country of Spain and has taken up a coaching role with boyhood club Atletico.

Torres moved back to the Spanish capital in September 2020, where he has been making steady progress in his new coaching career.

According to Marca, Torres worked as part of Ricky Alonso’s coaching staff and has now become a permanent fixture for the club’s B team. 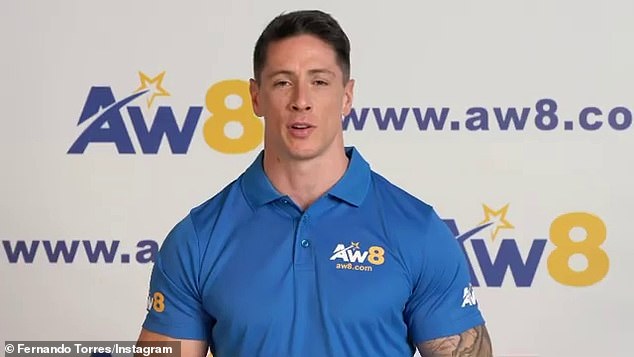 Players have been left astounded by Torres’ training sessions while he has also shown he can still mix it with the youngsters having taken part in drills with the squad.

Atletico has an illustrious history of bringing through future stars, with Torres, David de Gea and Koke all developing through the club’s youth system.

Hopes are high for Torres’ burgeoning coaching career at Atletico, where he’ll look to spend the next few years honing his craft as a coach.

Should that not work out for him, he always has bodybuilding to fall back on.

Wrexham owner Rob McElhenney shares his body transformation tips so you can get ripped just like him in… – talkSPORT.com

One thing is undisputed about the grapefruit diet: It certainly has staying power. Advertising …