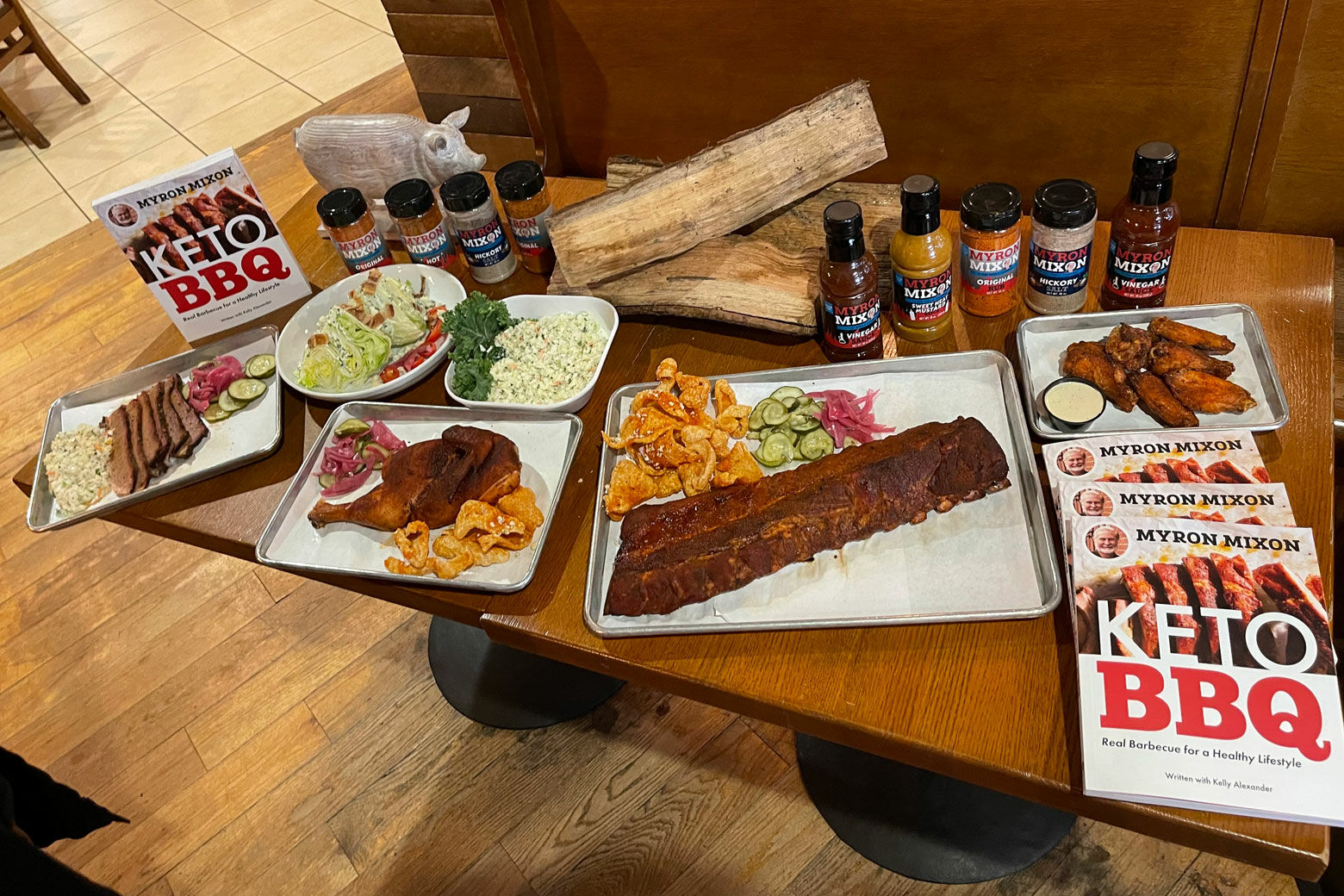 The summer is upon us, and grills and smokers all over the DMV are heating up as well. For the series “Fired Up with Jake and John,” WTOP’s Mike Jakaitis and John Domen talk with some of the region’s best pit masters about their methods, with the goal of helping you level up your barbecue game.

A ton has been written about the efficacy of the keto diet. Like all diet plans, it’s not for everyone. It basically allows you to consume lots of meats and veggies, cheese and some other forms of dairy, while cutting out most fruits and eliminating almost all carbs and sugars.

That leaves a lot of room for barbecue.

Myron Mixon credits keto for dropping about 100 pounds in recent years while still eating barbecue. After all, “too skinny of a barbecue man, he can’t sell much stuff,” he joked back in April.

The meats found in barbecue, heavy in protein and fat, allow the food to pass muster. Using the right seasonings, excluding the sugars, keeps it keto. Instead of putting brown sugar on your pulled pork or chicken — something pretty common in a lot of kitchens — you might use a popular sugar substitute, such as monk fruit extract, or just opt for a spicier and less sweet rub instead.

Fired Up with Jake and John

You’ll need to eliminate the less-healthy side dishes common to barbecue. That means passing on the mac and cheese or the baked beans and dishing out some fresh vegetables next to that stack of meat — which you definitely will not sandwich into a bun. Instead of a barbecue sandwich, you’ll just use a fork. And watch out for the sauces: A lot of those can be loaded with sugar too.

Some of the recipes found in Mixon’s cookbook, released earlier this year, shows you how to make rubs for various meats with a sugar substitute, or no sugar at all. (You can also make nachos by replacing tortilla chips with peppers, which you can easily cut up and fill with meats and cheeses without sacrificing the crunch.

“It was easy for me,” said Mixon. “The barbecue keto for those of us that really love barbecue, or love meats in general, this is a diet that you can sustain — that you can make happen.”

Only you and your doctor can really determine whether a keto diet will work for you, but if giving up the brisket for another salad is a thought you can’t bear — well, nothing says you can’t pile some slices up on a bowl of greens and have the best of both worlds.

Listen and subscribe to the “Fired Up with Jake and John” podcast on Podcast One.

Get breaking news and daily headlines delivered to your email inbox by signing up here.

© 2021 WTOP. All Rights Reserved. This website is not intended for users located within the European Economic Area.