4:01 PM PT — Jordyn’s responded to the criticism as well, and echoes many of the same points KAT made … insisting that finding fitness saved her life, especially after dealing with depression and the loss of her dad 5 years ago.

Jordyn says, “Working out became my therapy and my saving.” She adds that her fitness platform is for everyone but doesn’t guarantee “you’ll look like me” … but she launched it for people who may be struggling like she was.

She concludes … “Working out saved me and I wanted to let everyone know we all start somewhere. You’re beautiful at any weight, shape, or size, but you’re not alone.”

Karl-Anthony Towns is going OFF on all the trolls talking down on his GF Jordyn Woods‘ recent body transformation … saying he’s personally seen her put in the work — and it’s ALL natural.

Woods was the center of awful social media criticism this week after posting a before-and-after pic from her fitness journey … with some claiming her new look was manufactured.

But, KAT is having none of that talk … shooting down any notion Woods went under the knife in a passionate Twitter rant on Thursday.

Waiting for your permission to load the Instagram Media.

“Are we saying that women can’t work hard and transform their bodies??” Towns said minutes ago. “I’ve SEEN the hard work and I’ve seen the results and trust me, this is all natural.”

“Since she was 10 years old, people been calling this woman vile things because of her weight and instead of letting the Internet run her life, she went out the put the damn work in and changed her whole life. FITNESS SAVED HER LIFE!”

Towns says he’s not going to stoop to the trolls’ levels and respond with hate — instead, he’s keeping positive by hoping they “find the love you are so badly craving.” 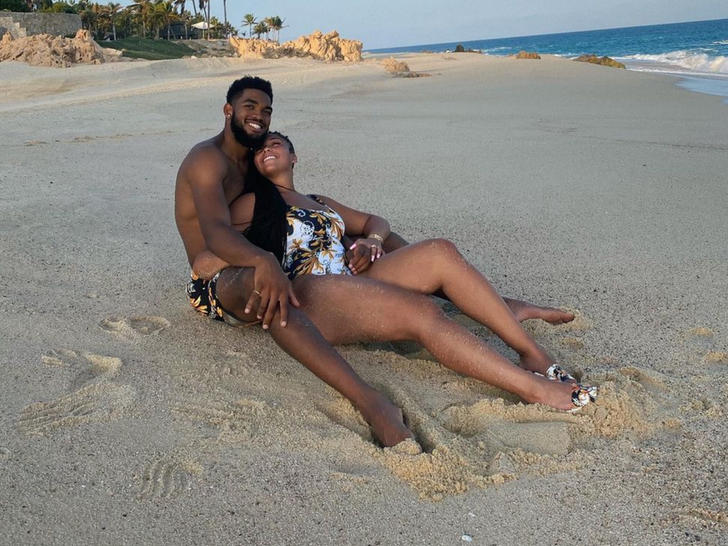 KAT — who’s been officially dating Woods for about a year — also sends a personal love note to his bae … calling her his queen, rock and his everything.

“That comparison picture, as I told you before you posted it, is gonna help a lot of people, especially young girls who feel they can never reach the body that you’ve acquired NATURALLY.”